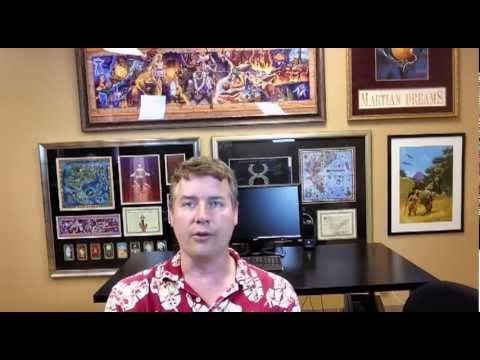 The Kickstarter has surpassed its $1 million goal this evening and Richard Garriott issued a statement to the community that have backed and been following the project. He commented:

“On behalf of my team, I want to sincerely thank everyone who has pledged your support for Shroud of the Avatar! We have been inspired by the passion this community has shown for this project, and are thrilled by the wealth of feedback and suggestions we have already received in such a short time. If you still have not pledged, please take a look at the project and all that we hope to accomplish and consider backing today. Our journey is only just beginning!”

There were a few raised eyebrows when he revealed the game as a crowd funded project but that hasn’t deterred eager fans from supporting his work by dipping into their pockets to make the game a reality. The next goal is $1.1 million for a pet system.

If you are still confused by how this new game will work, as it’s not an MMO but still features miltiplayer, a video was released over the weekend which explains the difference between playing online and offline.