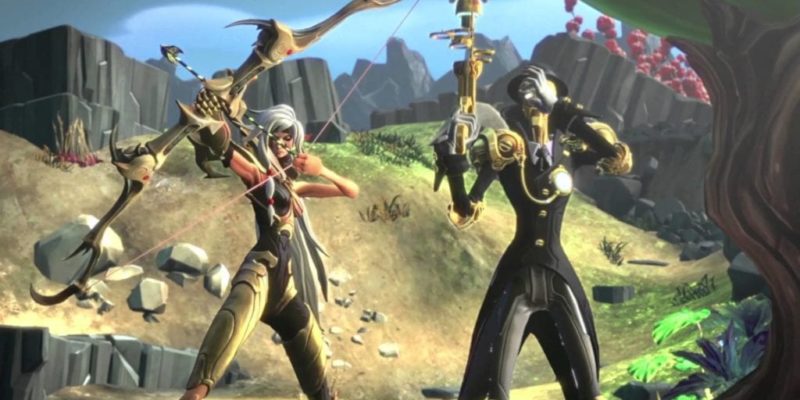 Gearbox has unveiled their latest creation and it’s a hero shooter called Battleborn.

Coming to the PC in 2015, this is a first person shooter “focusing on characters above all else”. The full reveal reads:

No first-person shooter has ever had this much character variety, and we’re excited for you to see the first batch of heroes today.

Battleborn involves our heroes – called the battleborn, conveniently enough – teaming up to fight the Varelsi, an unstoppable menace trying to destroy the last star in a dying universe. You can play with up to four friends in our five-player cooperative campaign, or try out one of several different competitive multiplayer match types in games of up to 10 players.

Apart from the trailer below there won’t be any more details on the first nine playable heroes, the five factions they belong to, or the first information about their cooperative campaign. All that will be revealed  in the next issue of Game Informer.