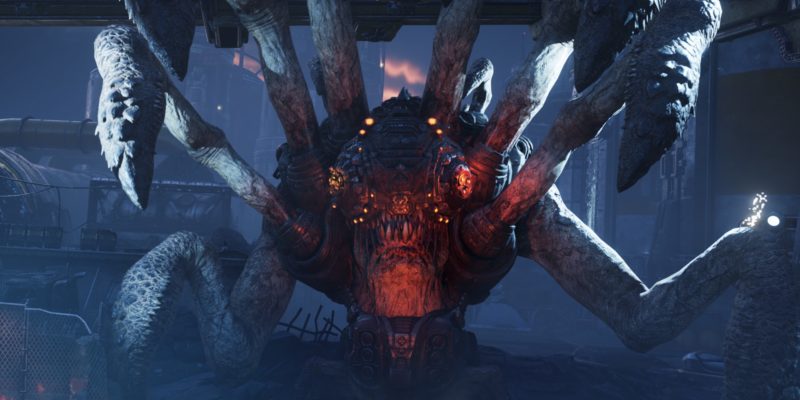 The Corpser is a gargantuan spider that’ll pose a challenge at the end of Gears Tactics‘ second act. By now, you should have a roster with several characters who have unlocked important class skills and are equipped with decent items to boot. Here’s our boss guide to help you out.

Towards the end of Gears Tactics‘ Act 2 – Mission 8, you’ll end up facing the Corpser. Unlike the Brumak boss fight, you won’t need to go through an entire mission. Instead, you’ll just end up deploying your squad, watching a cutscene, and then starting the Corpser encounter afterward. 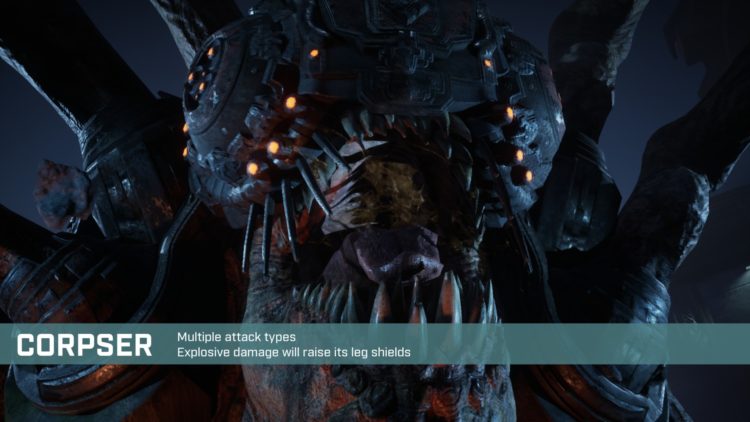 Gabe, Sid, and Mikayla are required for this fight with the fourth slot available for anyone in your roster. Again, I chose Augustus Cole. He and Sid were the same class (Vanguard) but Gus was already had a higher level. Lastly, this fight has three phases tied to the boss’ health bar. 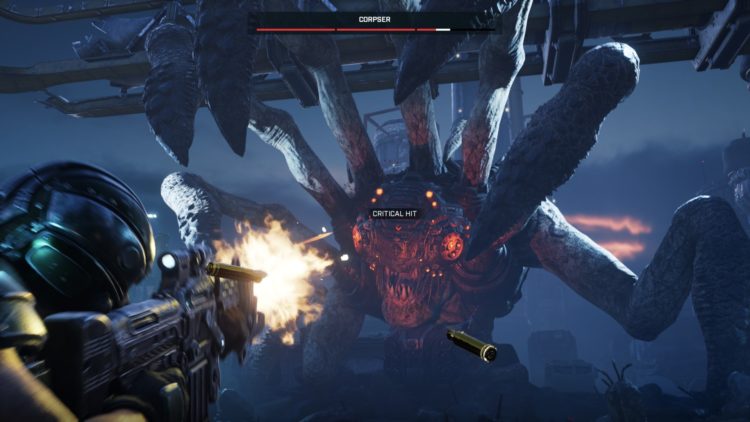 This is the Corpser’s main attack which it casts at the end of its turn. You’ll see red lines emanating from the boss all the way to the far end of the battlefield behind your squad’s position. You should move away from these areas on your turn since the ground will get ripped apart, doing tremendous damage to anyone caught within its area of effect.

At first, you’ll only see two danger zones. However, as the boss fight progresses, you’ll eventually have three and then four of these: 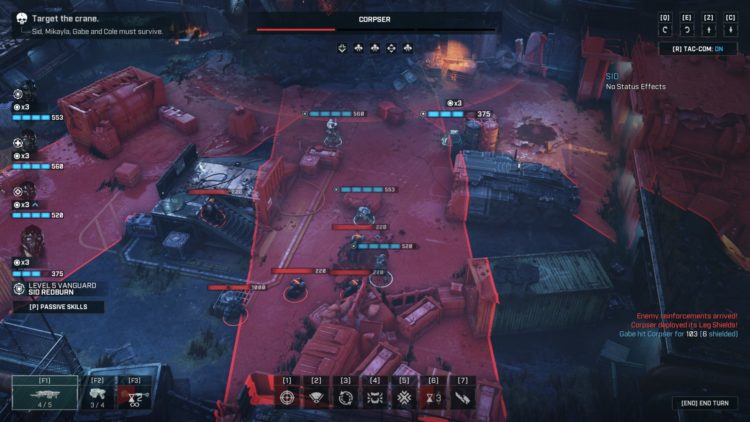 The Corpser will also periodically throw mines all over the map, and these will mostly land around your characters. Of course, it’s best not to end up triggering them. There will be times when you need to get out of dodge of the quake but there are also mines nearby. 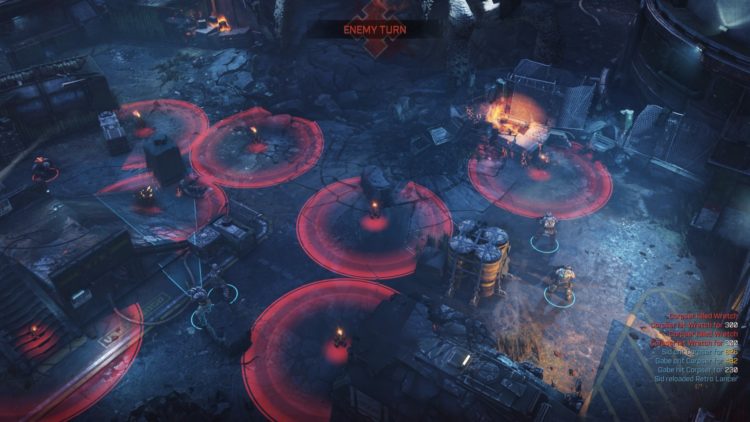 Locust mobs will also spawn from time to time either dropped by Reavers (common) or from E-Holes (rarer instance). These are mostly Wretches and Hammerburst Drones. Occasionally, you’ll get the deadly Grenadiers and Boomers.

You don’t need to shoot all of them one by one. That’s because both the Corpser’s quake and mines will damage and even kill them. Just focus on the most important targets like the Boomers whenever they’re around. 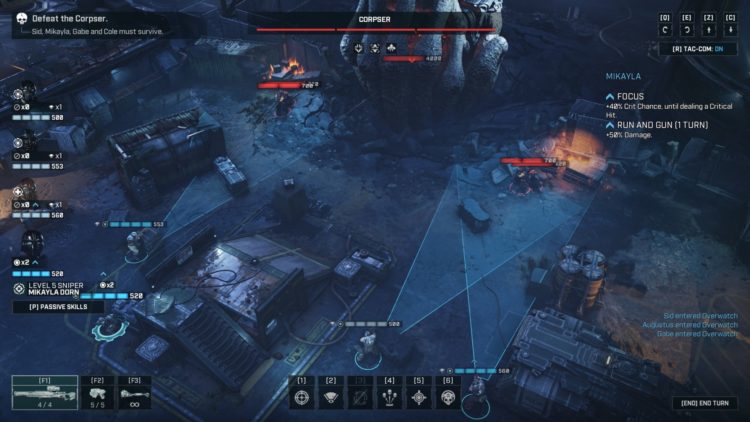 Unlike the Brumak boss, the Corpser doesn’t actually roam around the map; it just stays at a stationary position. Apart from its attacks, this spider monstrosity also uses its thick, armored legs to cover its weak spot. This is the only part you can target at the start of the encounter, and it’ll take a lot of shots before it opens up. However, using explosives such as grenades, the Boomer’s Boomshot weapon, or the “Explosive Shot” skill from the Heavy class can make mincemeat of its spider legs. 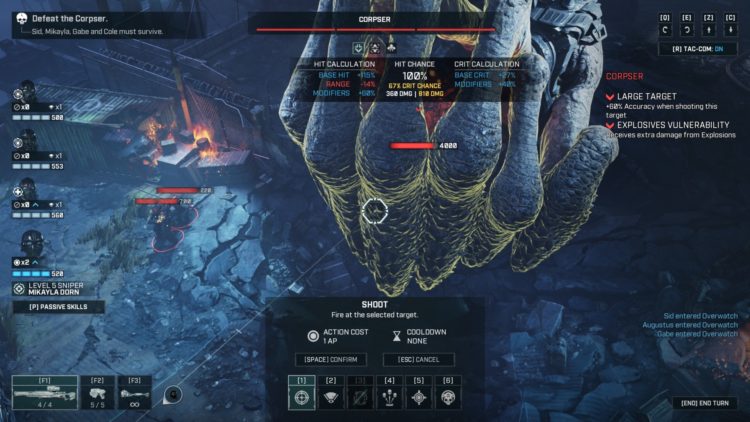 Alternatively, you can wait a couple of turns for the Corpser to automatically open up its defenses when it’s casting its quake ability. However, be forewarned that this will also cause the monster to spawn more Locusts. Again, use the mines’ and quake’s AoE danger zones to funnel in those mobs and eliminate them before they become a threat. 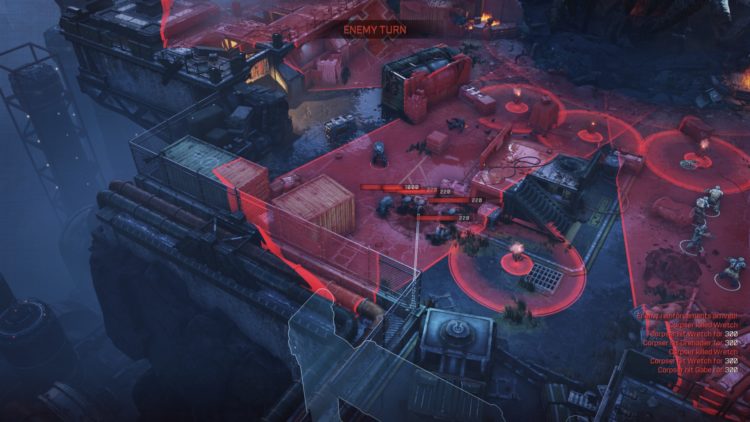 Now, when the boss does show its weak spot (the face), feel free to start wailing away on it before it closes up again. The Sniper and Heavy classes are good for this role, but Vanguards and Support troopers can help as well. Using the Scout is a bit risky since you might run out of AP to move away from the boss on your next turn. 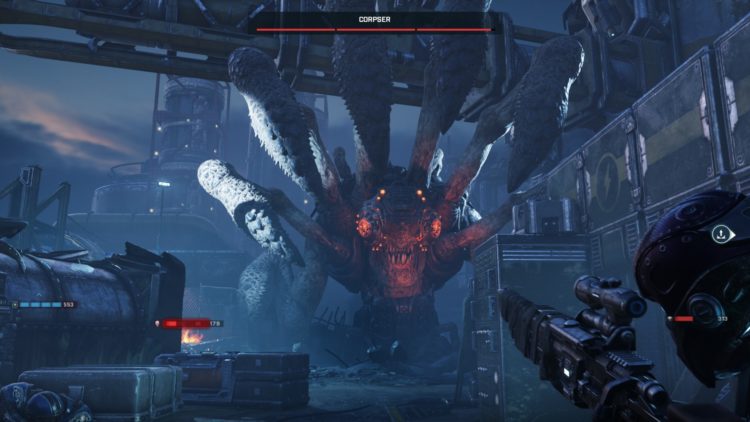 For the first two phases, you’ll be targeting its ugly mug. For the third phase, you’ll need to shoot the beam hanging above the Corpser. This, again, is where the Sniper class becomes extremely useful since they’ll never miss. Other classes, unfortunately, might. 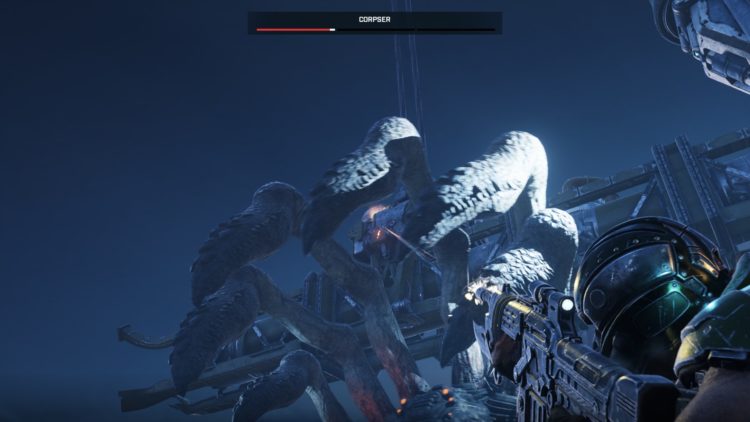 Destroy the hinge and watch the beam crush the Corpser boss below: 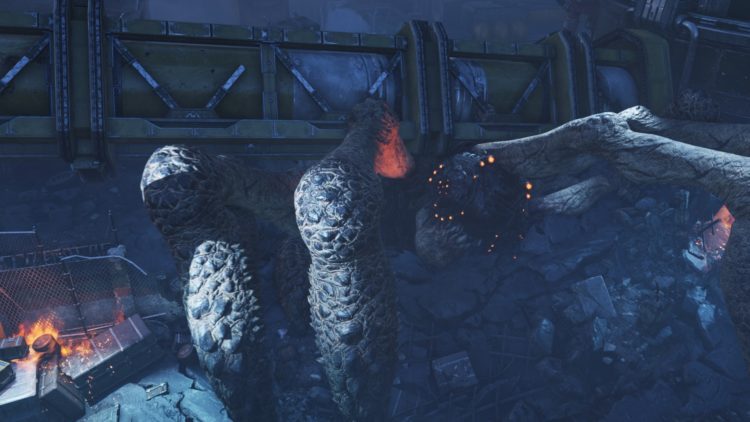 The Destroy All Humans remake finally has a release date