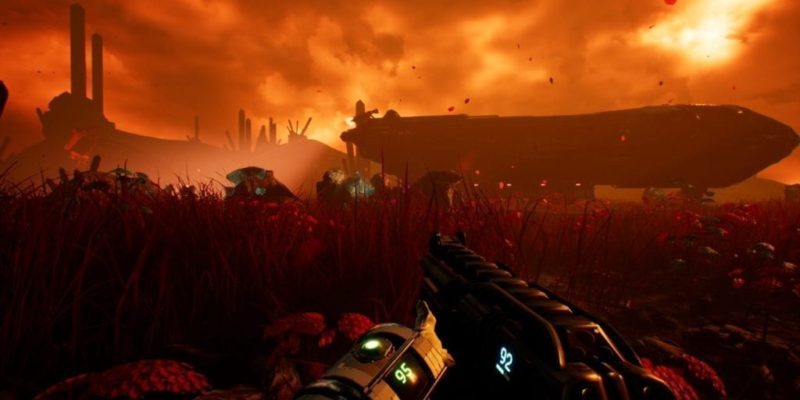 Even after checking out the Genesis Alpha One ship building guide, surviving the far reaches of space can be tricky business. But have no fear, because we’ve got some advice that will make getting across the harsh galaxy at least a little easier.

The enemies in Genesis Alpha One come in two varieties: ones that crawl towards you in a straight line and ones that shoot from a distance. Melee enemies won’t hit you as long as you backpedal when they get too close. You can also avoid ranged attacks as long as you make sure to keep moving. Whenever the indicator on your left arm is red, you should be ready for a fight and be on your feet.

Having crew with you on planets is necessary if you die while gathering resources. But if you don’t instruct them to be on the ship, they’ll mine whatever resources they feel like. You won’t need the same amounts of all ore, so it’s better to tell them to stay put so that you can go and mine by yourself. Otherwise, you’ll likely end up running out of deposit space. 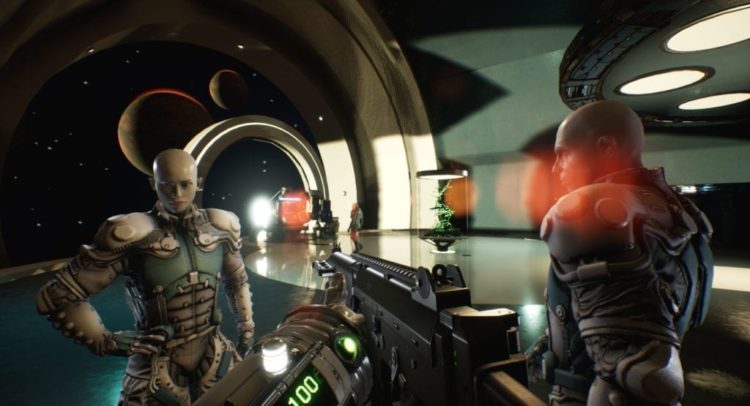 It’s best to always be on your guard.

Make Sure To Have Enough Storage and Deposit Modules

Early on, you can find yourself short on storage space, so building new modules before they fill up is a good idea when it comes to keeping things moving. You don’t want to have your ship stuck in the hangar due to your robots’ inability to offload your materials. Also, these modules are very small, so it isn’t a bother at all to put new ones in place.

Focus On Getting Iron Early

Iron is the most important resource when it comes to building new modules, so you’re going to need a lot of it. It’ll serve you well to make obtaining it one of your main goals at the start of a run. You can find it readily in debris, and you can speed up salvaging by using the console in the tractor beam module. 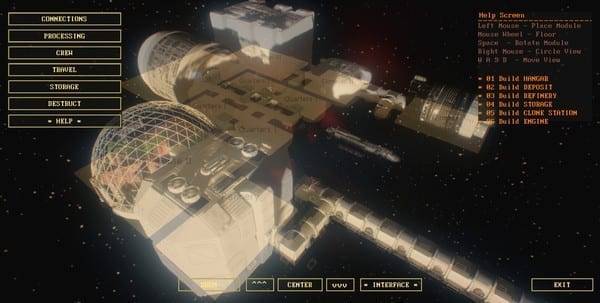 Iron is necessary to build most modules.

Stay Away From Other Companies

On the map, you’ll notice little icons that represent enemy companies. If you go near them, they’ll invade your ship. So, unless you’re looking for a fight, you should steer clear of these whenever possible. They represent one of Genesis Alpha One‘s greatest threats.

Get Out Of The Red Zones

The red zones on your map indicate places that can damage your ship. If you don’t have a shield module, you should never set foot in these, as your ship will take damage immediately. After a few seconds in one of these areas, you can lose entire modules. So, don’t be afraid to travel in a more careful manner. 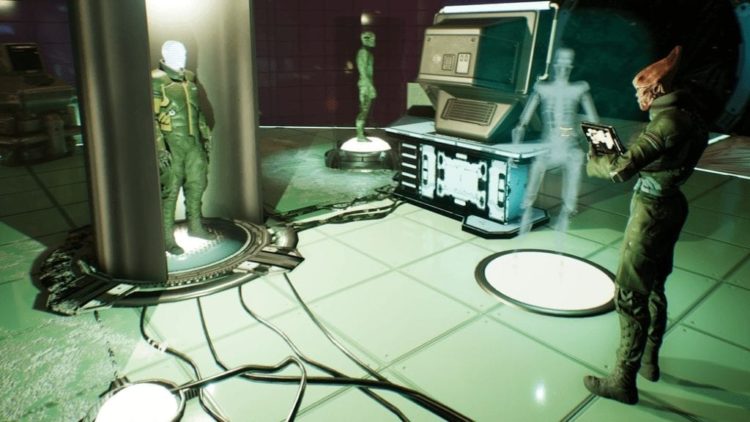 It’s best to stay out of critical areas if you’re not especially powerful.

You Don’t Need To Go Critical

Different parts of the map have different levels of danger, going from low, to high, to critical. You can find most of what you’ll need in the low and high danger areas. Enemies encountered in critical areas, however, are much stronger than in the other ones. You’ll need more advanced clones and better weapons in order to get through on these. As such, it’s better to hold off on going to them until you’re adequately prepared.

That about sums up what you’ll need to keep in mind. Do you have any additional tips that will make life easier for other explorers? If so, make sure to leave them in the comments.

Anthem PC Review: Better Than Destiny In Every Way… Except One

By Lauren Sayles13 mins ago
Guides

By Jason Rodriguez59 mins ago
Guides