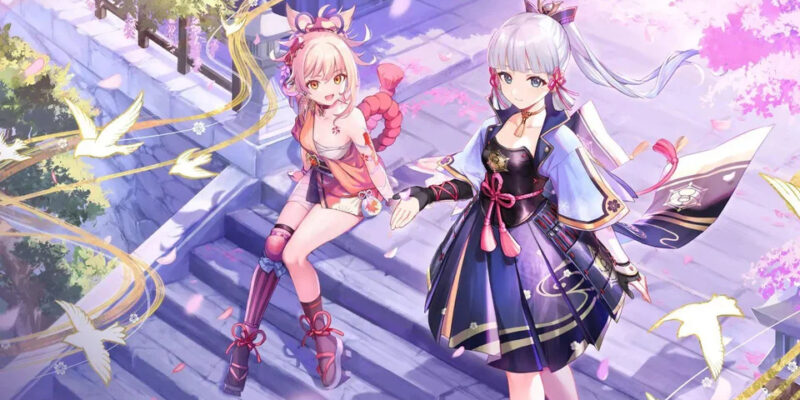 Genshin Impact is on track to add four new regions over the next four years, according to miHoYo. The CEO of miHoYo, Haoyu Cai, announced their plans to complete all of Teyvat during miHoYo’s GDC 2021 conference.

Genshin Impact just received an update with the new continent Inazuma, a vast series of islands inspired by Japan. Currently, Inazuma is the third of seven regions to be released in the game, including Mondstadt and Liyue.

Currently, Genshin Impact has four major regions left to add to the world of Teyvat. We still need to visit Sumeru, Fontaine, Natlan, and Snezhnaya. This doesn’t even include any of the major subareas that come with each region. After all, we got a pretty large updates with Dragonspine and even limited-time areas like the Golden Apple Archipelago. We still haven’t visited the Chasm yet, which is located near the west of Liyue, so there’s plenty more to explore. I expect we’ll even see talked about locations like Khaenri’ah or Celestia down the line. These are locations already teased within the game, so the addition of new areas is almost inevitable.

Additionally, with this four-year plan, it seems like a potential 10-year roadmap no longer applies, at least to the main story arc. Previously, there were rumors floating around that miHoYo was eyeing a 10-year plan, but this seems to have changed. The GDC 2021 panel also discussed how these seven regions were conceptualized at the beginning of development. They went into detail about the graphics of the game, like how they create different art styles for different regions.

Genshin Impact is currently in the middle of its major 2.0 update. There’s tons of news coming out of the woodwork, including a collaboration with Horizon Zero Dawn and a set of new playable characters like Raiden Shogun. 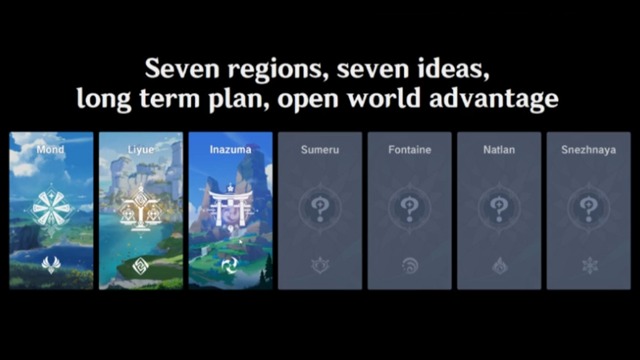 We have four regions left!