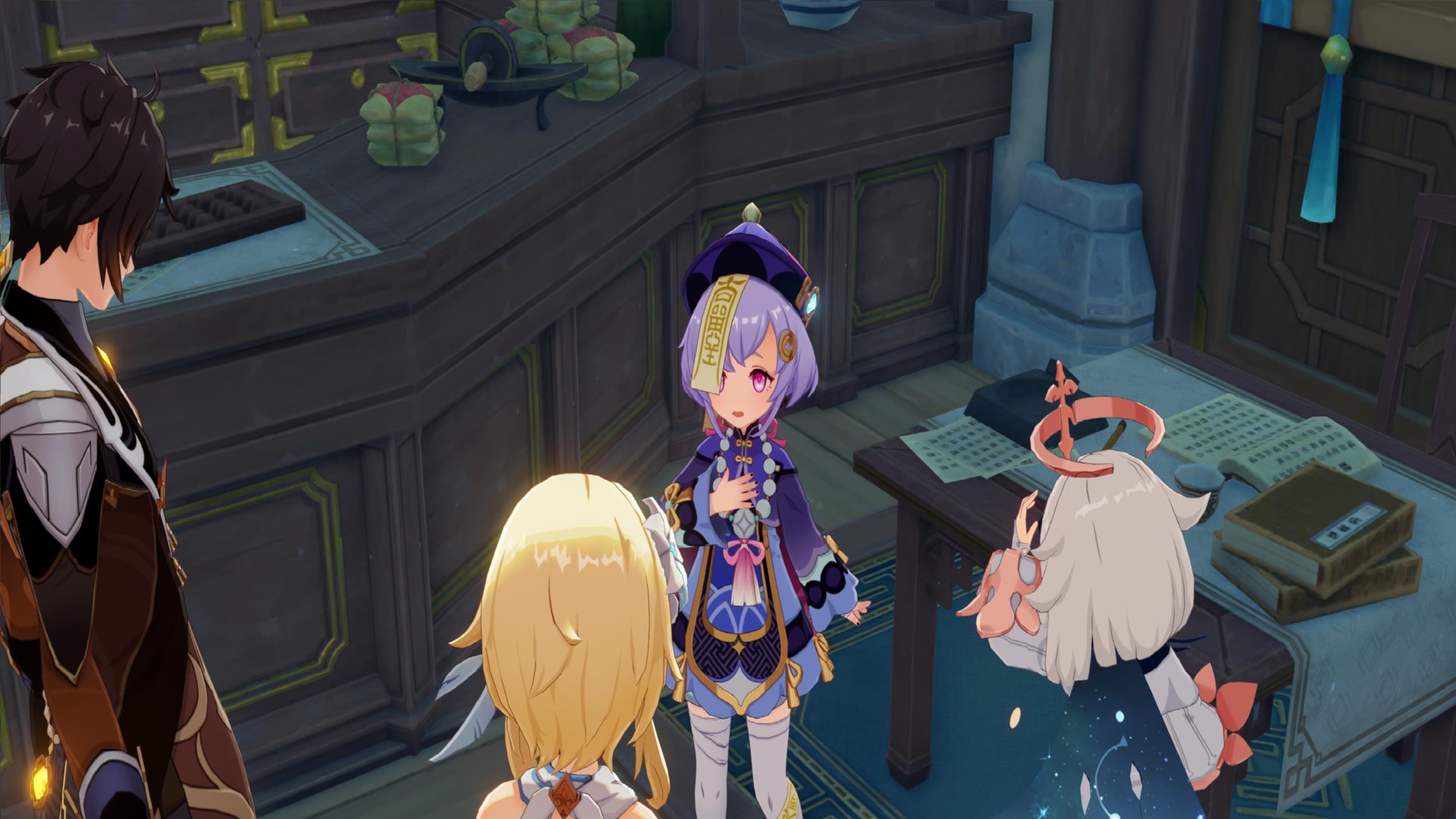 Many players consider Qiqi as the best healer in Genshin Impact. Here’s our guide to help you with Qiqi’s weapons, artifacts, and talents.

The Sacrificial Sword is, singularly, Qiqi’s ideal weapon among all choices in Genshin Impact. Her elemental skill, Adeptus Art: Herald of Frost, has a lengthy, 30-second cooldown. As such, the weapon’s proc which can refresh that ability is beyond helpful. Sadly, the Sacrificial Sword only comes from gacha/wishes. If you want a free-to-play option, then the 3-star Cool Steel (from random drops) can be a substitute, albeit a poor one. 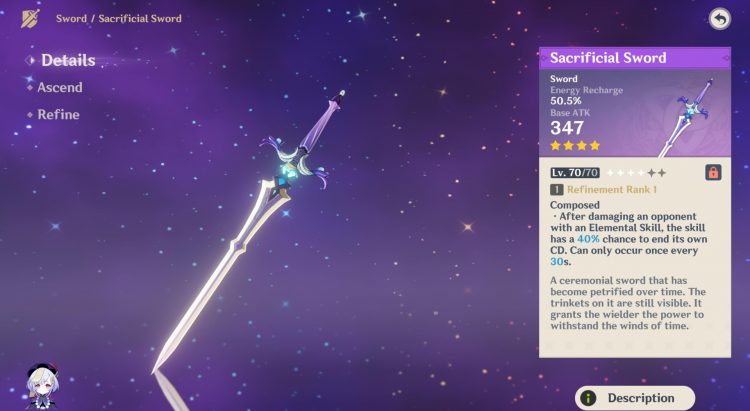 Source: The Maiden Beloved artifact set comes from the Valley of Remembrance Abyssal Domain. Focus on ATK and ATK% stats only (you can choose Healing Bonus for the crown slot if you want).

Since Qiqi’s healing scales based on her ATK stat, you’ll get more bang for your buck the higher this is. Still, you probably won’t use all five slots for Maiden Beloved artifacts. As such, I would suggest a different artifact that still has ATK or ATK% to fill that fifth slot. 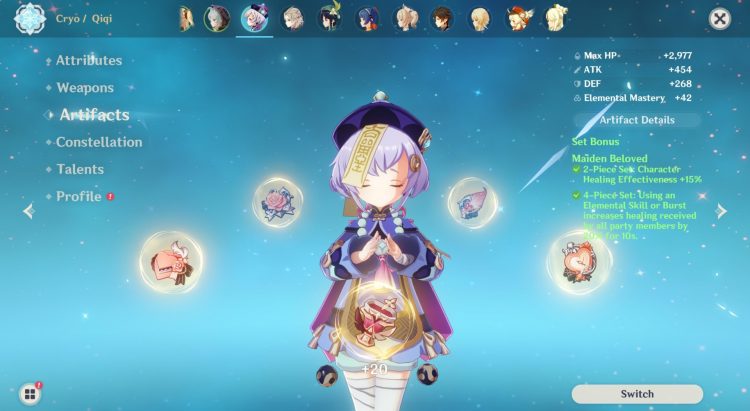 I would suggest prioritizing Qiqi’s elemental skill (Herald of Frost) before her burst/ultimate (Preserver of Fortune). Due to the procs from Sacrificial Sword, you should be able to use the healing ability slightly more often than her burst. Still, don’t forget that Preserver of Fortune is useful given that players get healed when they attack marked enemies. 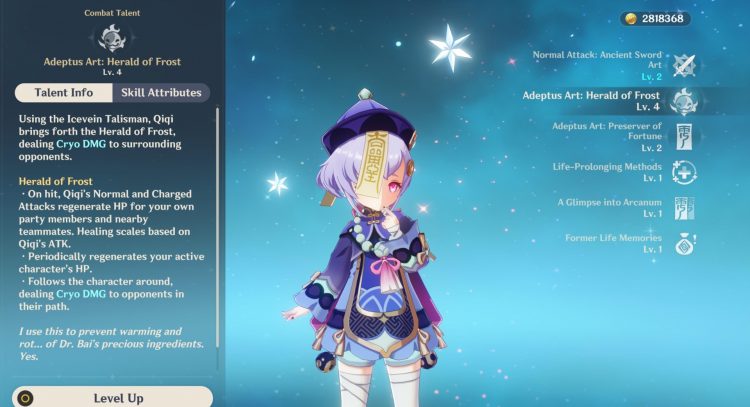 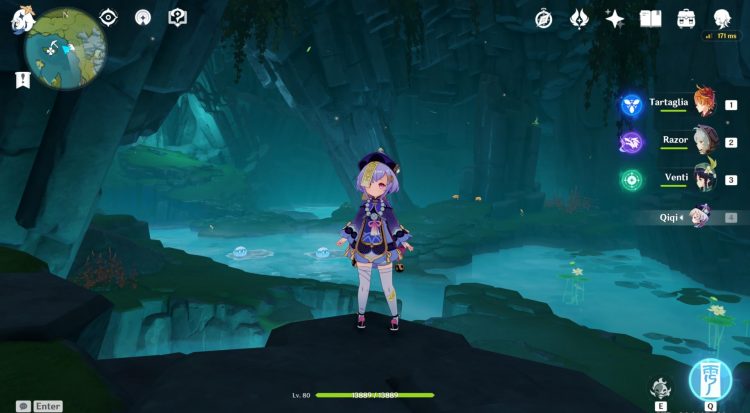 As mentioned earlier, Qiqi just might be the best healer in Genshin Impact, an S-tier character in her own right. Compared to Barbara who’s predominantly a healer, Qiqi can also play a support DPS role. Since her elemental skill’s healing capability is based on her ATK, you’ve got a DPS machine that heals as she slices and dices opponents.

Moreover, since Qiqi is a Cryo-based fighter, she has crowd control potential, too. When paired with Hydro-based characters like Childe/Tartaglia or Mona, you’ll see that her skill and burst freeze enemies for prolonged periods. 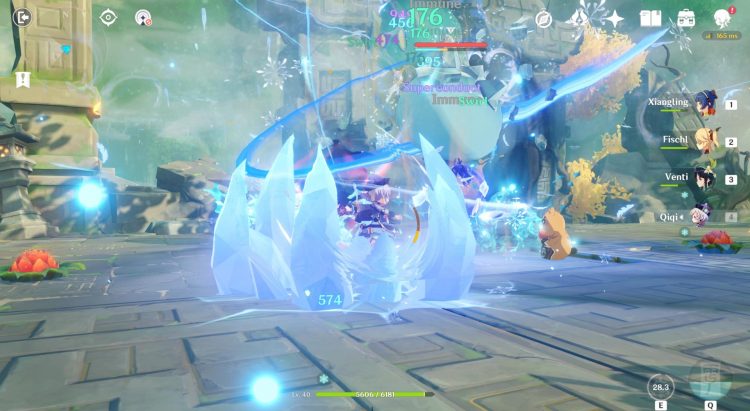