This week, World of Warcraft features a few new updates and will allow players to battle the AI in Comp Stomp. Using the group finder key (default: I), those who wish to join can search for a group under the Player vs. Player tab. Comp Stomp will take place in the Arathi Basin and will last July 23 – 30. Afterwards, Blizzard has outlined the rest of its PvP brawl schedule all the way through November. The PvP update brings visual improvements to the Arathi Basin as well as Warsong Gulch. Aside from Comp Stomp, Blizzard has also unveiled this week’s Arena Skirmishes.

As a weekly bonus event, Arena Skirmishes will allow players to search for teams and battle other players. The event can be joined from anywhere in Azeroth by clicking the casual tab under the Player vs. Player group finder. Players have the option to be matched up with random teams, queued to match with premade teams, or create a team themselves under the “premade” tab. The event also brings a quest from Chronicler Shoopa. The Arena Calls quest rewards any player who wins 10 PvP Arena Skirmishes with a PvP loot box as well as 50 percent honor gains from skirmishes.

The Arena Skirmishes are a part of World of Warcraft‘s weekly bonus events, which rotate and change on Tuesdays. 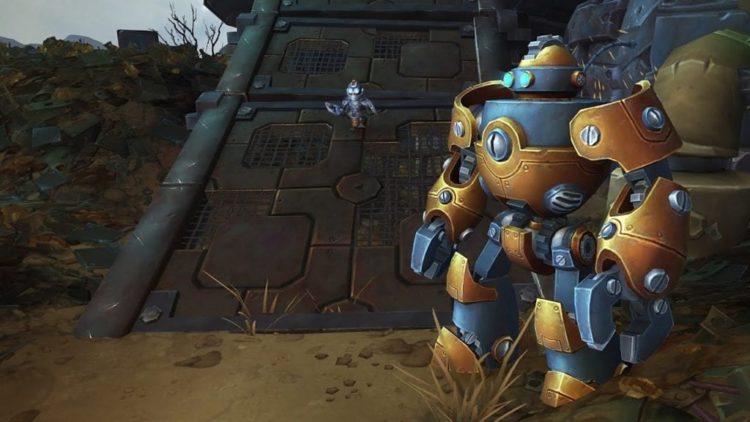 World of Warcraft Classic releases in August. The remake proves that Blizzard is committed to servicing its older games. Now that WoW and StarCraft have received the remake treatment, will Diablo II be next? If Diablo II is eventually treated with the same graphics as Diablo III, I only hope that they keep that dark and gritty atmosphere.

Blizzard has supplied players with a number of recent updates. The company boasted that Rise of Azshara was one of the largest content updates yet. Azshara brought new places to explore via flight, and new areas like Nazjatar and Mechagon.

Let us know what you’re up to in WoW right now in the comments!