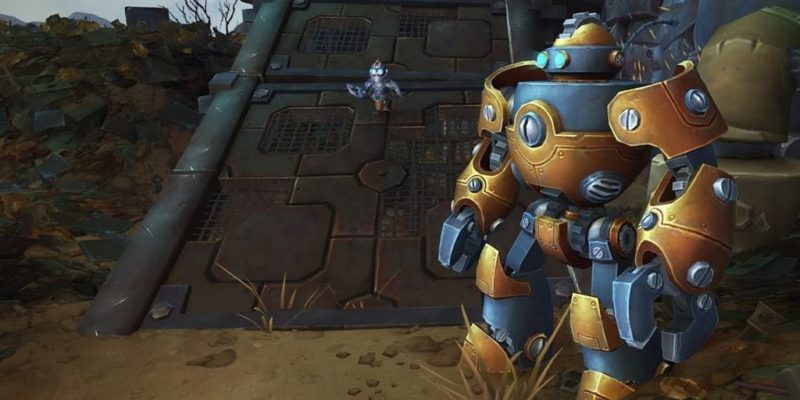 World of Warcraft players can now embrace Rise of Azshara, one of the largest content updates for the game yet. The update brings two new areas, a new raid mode, and a new pet battle dungeon. Players can also collect new gear and armor, presumably to assist in the eventual raid against Queen Azshara. The update arrives just before the release of PvP Season 3, which will launch on July 9 alongside the new Mythic Keystone Dungeon.

The new areas include Nazjatar and Mechagon. In Nazjatar, Alliance heroes will find themselves aligned with the seafaring faction, Waveblade Ankoan. Horde heroes will ally with the Unshackled. Both scenarios will see the player defending themselves against Azshara’s army, who will hunt the player as they attempt to establish a base of operations. Players must reach level 120 and complete the Unlocking the World quest before accessing this area. Once they do, the player will receive a summon at the start of the new maps.

Along with Nazjatar, players can also explore Mechagon City, an island filled with technological robotic mechs. Once there, players will encounter the Rustbolt Resistance, who are attempting to dethrone the tyrannical king who rules the island. This scrapyard world also includes a tinkering workshop where players can craft and customize gear.

Take to the skies in the Azshara update

The Azshara content update also brings new areas to explore from the sky. Players must complete the Pathfinder Part 2 quest in order to unlock this ability. Once this is done, players can fly in the newly released maps, Nazjatar and Mechagon, as well as Kul Tiras and Zandalar.

There’s a lot to be excited about in the Rise of Azshara update. The video above gives a nicely detailed description of each addition, and the World of Warcraft website also has a list of full patch notes. Perhaps best of all, fans of classic Blizzard games will see the release of World of Warcraft Classic this August. Fifteen years in the making and the WoW machine is still chugging along.