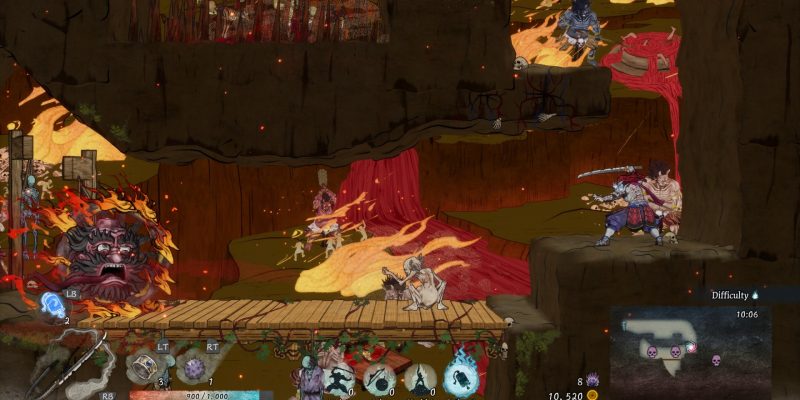 Dead Cells blew a lot of people’s minds with its combination of action rogue-lite elements and Castlevania inspiration. Because of that game, a subgenre was born within the subgenre, giving rise to the roguevania. Konami, despite mostly abandoning gaming for pachinko machines, has surprisingly gotten into the roguevania game using an old franchise. More surprisingly, the company didn’t do it with the series you’d think. GetsuFumaDen: Undying Moon is a sort of sequel to an NES/Famicom game that was exclusive to Japan. It has a lot of what you’d expect from a roguevania, but the question stands: is GetsuFumaDen worth it?

GetsuFumaDen is all about the head of a ninja clan fighting demons. Each run begins with your main character grabbing his weapons and heading into a portal. Each portal leads to a level with a map that fills in as you explore it. Along the way you’ll find portals that allow you to warp between them, as well as enemies to fight and loot to gather. Functionally, yes, it’s an awful lot like Dead Cells. I don’t see anything wrong with sticking closely to a great game as long as the title in question can provide something of its own.

I certainly can’t argue that the visuals and style are unique. GetsuFumaDen is very clearly inspired by classical Japanese artwork. The art direction is endearing, but the game is 2.5D as opposed to pixel or vector graphics. The use of color is strong, with saturated hues and impactful character designs all around. But the levels themselves are simplistic and boring to look at and explore. You’ll mostly just be digging into the Earth. And although the visuals can be artistically striking, they simultaneously come across as cheap. The game looks plastic and off-putting, making me wish that some manner of 2D visuals were used instead. 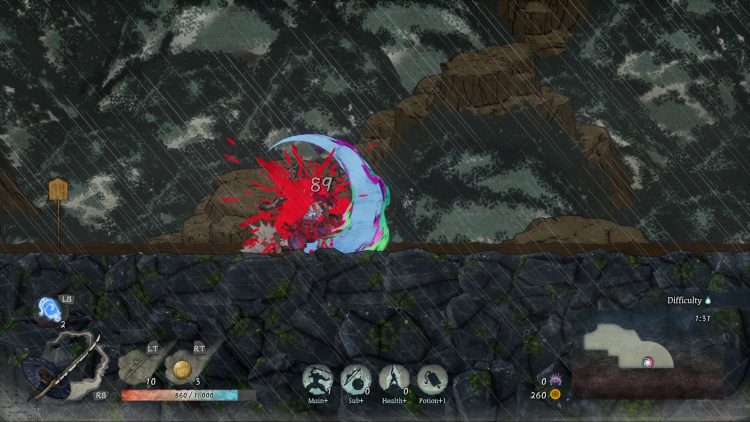 Demon, demon: are you there?

You’re meant to search for each level’s exit, which lead to boss battles. There are multiple weapon types, including single and double katanas, spears, and hammers. You have access to a regular suite of moves: a regular attack, a jump, a dodge, projectiles, and a healing button that uses a health drink. You’ll need to find more in chests and the like, but you can only hold a maximum of two. This is a shame, because the damage received is patently ridiculous for only being able to have two healing charges. After just a couple of hits, you’re on Death’s door.

The real problem with GetsuFumaDen is simple, however. The controls are unresponsive and annoyingly subpar. There’s a delay, whether you’re dodging or attacking. Combat feels neither immediate nor satisfying. This makes the game unpleasant to play, as I simply couldn’t enjoy the combat. There’s no weight to anything, the hit detection is poor, and the weapons simply aren’t all that fun to use. For a game about combat, it’s currently far too poor to make the game recommendable.

I certainly hope this Early Access period is able to get Konami to turn the combat around. As it stands, the game isn’t worth it at launch, nor will it be unless the controls and combat are improved in a satisfactory way. Let it be a lesson to all developers that it’s not a good idea to invite direct comparisons to the greats if you end up flubbing the basics. 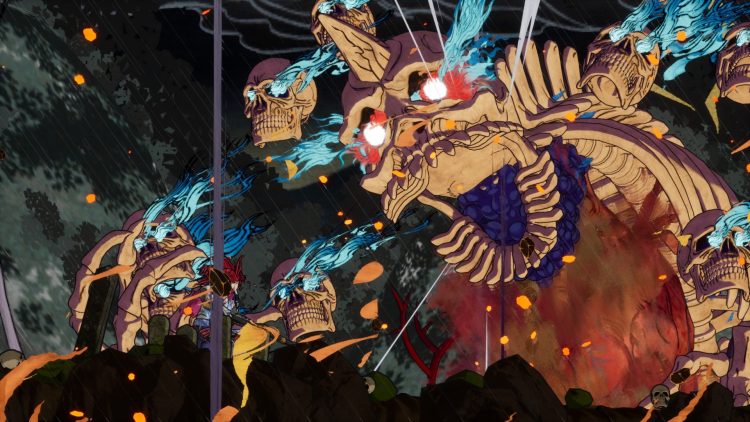