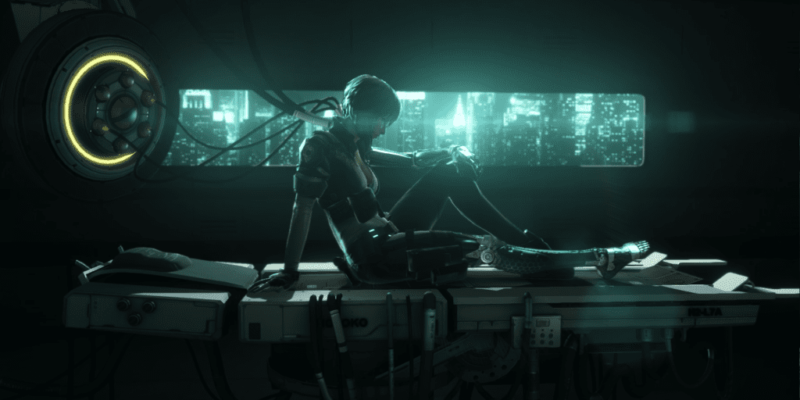 Last week I had the opportunity to take Ghost in the Shell: Stand Alone Complex – First Assault Online (yes, that really is the full name) for a spin prior to it arriving on Steam Early Access this week. Now, I’m no Ghost in the Shell: SAC expert, so understanding what the hell was going on took a little bit of research.

Ghost in the Shell: Stand Alone Complex – First Assault Online is, at its core, a team-centered FPS based on the hugely popular manga and anime series. It’s being developed by Neople, a team of developers who’ve stated their passion about the Stand Alone Complex series.

If, like me, you haven’t followed the Stand Alone Complex show closely (or read the Ghost in the Shell comics), then here’s a brief description to bring you up to speed before we talk about the game.

The game is based on characters from the critically acclaimed series, which in itself is based on Shirow Masamune’s original comic Ghost in the Shell.

Stand Alone Complex follows a clandestine team of cybernetically enhanced operatives called Public Security Section 9, who spend their lives trying to keep the streets of Japan safe from terrorists, hackers, and organised crime – more than a little of which is linked to cyberwarfare. The future is a dangerous place and Section 9 are tasked with stopping the corruption, with little to no government oversight limiting their activities.

Gamers who are more familiar with the series should get a kick out of the title, because Neople are trying to keep the game as true to the series as possible, even down to locations seen on the show. We also have on good authority that the voice actors for the characters are the same as the series. There’s a lot of attention to detail going into the game, as Neople’s Jung Eik Choi explains.

“As dedicated fans of the Ghost in the Shell franchise, this project is very close to our hearts at Neople. For a long time we have wanted to bring the iconic world of Stand Alone Complex to life in a video game, allowing players to experience the franchise first-hand as a member of the elite cybernetically enhanced task force, Section 9.”

I joined the development team to try a few of the different game modes that will be coming to Early Access, and also took a look at the game’s unique Skill Sync system, items, and augments. There was a lot to get to grips with in a short space of time so make sure you check out our videos included in this article.

Ghost in the Shell: Stand Alone Complex – First Assault Online features the characters from the original series, making use of both their personalities, and their abilities. Each character is unique, and it’s these individual abilities which differentiate the game from other FPS titles. This is partly down to the Skill Sync System.

While you’re running around with the rest of your team, players are able to share abilities with their team mates. This adds a whole extra element of strategy to the standard shooter structure. Working together as a team, and understanding each character’s abilities, can give a team a real edge in combat.

When players are close to one other, you buddy’s skill can be downloaded and utilised in combat for a period of time with a simple tap of a key. When a player has a skill to share, you’re given an on-screen prompt to grab it – if, of course, you think it would be strategically advantageous to do so. It’s an incredibly simple system to use.

My first experience of GitS:SAC-FAO was in a small Team Deathmatch map (one that’s been recreated from an area that appeared in the show). The small play area created some frantic exchanges as we all got to grips with the weapons, movement, controls and skill system.

Being completely new to the characters it was a bit of an uncoordinated mess as skills were being fired off without much thought about tactics. Then again it was a Deathmatch, so there wasn’t too much to worry about other than just killing the stuff that moved. The video below shows just how headless we all were entering the game for the first time.

With Deathmatch out the way, it was time to look at some of the game’s features that enhance the gameplay such as the augment system and unlocks. To be clear, this not a pay to win game.

Currency (GP) is earned through gameplay  All primary base weapons are available as unlocks and weapon attachments can be purchased with GP. The only things that will cost money will be purely cosmetic, although you can also pay if you want to pick up extra characters quicker. There will be three characters unlocked for free and others can be purchased with an Operative License which costs GP.

On match completion, players will receive rewards in the form of temporary augment modification chips which can be placed once on a character of choosing. Neople are keen to point out that these are simply small perks and will not give players any super powered advantage. The same goes for the weapons in the weapons store.

With the single augment earned from the first deathmatch game placed in one of the characters I’d purchased by buying an Operative License,  it was time to move on to the next game mode: Terminal Conquest.

Terminal Conquest is a simple capture-and-hold game mode. Terminals activate around the map, which each team tries to hold over a period of time. This mode took considerably more team coordination and it was here that the benefits of utilising the Skill Sync feature became more obvious.

Huddled around a terminal one team attempts to push the other back, and having one of your team members appear with the stealth ability can be a very strong boon. Following an on-screen prompt, a single tap of a key put the terminal defenders into stealth, making it a lot harder for the opposing team to pick targets.

There’s a whole variety of skills on the Section 9 operatives including seeker drones, a heat sensor to spot enemies through walls, a sentry gun, a hyper sprint speed boost, Nano-gel armor to regen HP over time, an Arm Launcher to fire a hidden arm-mounted missile and more. There are already stacks of different skills to play with.

The final mode, called Demolition, pits the two teams in a plant the bomb/defuse the bomb scenario played out over a number of rounds with each team having a crack at defending and bomb planting. The map chosen was a recreation of the Section 9 PSS9 HQ from the show’s eighth episode, Missing Hearts. Neople have used their artistic license to expand the HQ beyond what has been seen on TV, but what has been seen in the show has been lovingly recreated in this map.

With the map having two bomb targets, the defending team (that was us) split into two groups, because when you die you’re out of the match until the next round begins, and it made sense to try and defend both bomb targets.

Using the Skill Sync system was even more important in Demolition to try to stay alive as long as possible, and staying in a tight-knit defensive group certainly made that easier.

Last week’s play session was a brief introduction to the features of Ghost in the Shell: First Assault – Stand Alone Complex Online and, honestly, not knowing too much about the comics or show was great because I could focus on the gameplay to see how it stacks up against the competition.

In a world filled with free-to-play shooters, Ghost in the Shell: First Assault – Stand Alone Complex Online stands a real chance of making it whether you’re a GitS:SAC fan or not. The Skill Sync system is what makes this game feel unique, and any feature in a shooter that adds an extra element of strategy should pique the interest of most trigger-happy gamers. 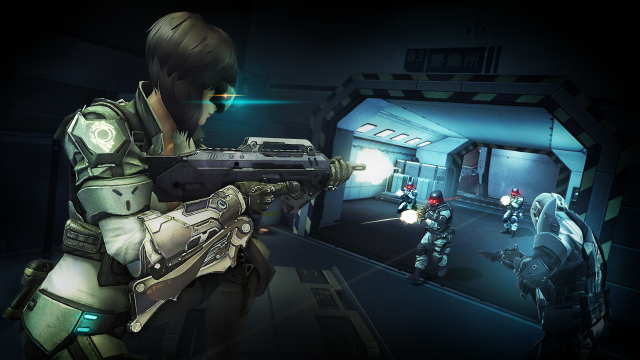 Following the event, I actually did dive into a few episodes of Ghost in the Shell: Stand Alone Complex and it’s clear that Neople are staying true to their word and keeping this game as close the show as possible. And… because I thoroughly enjoyed the episodes I watched, I now have the urge to take some of those characters into battle. I also look forward to seeing the new characters that’ll be added to the game, post-launch.

The game launches on Steam Early Access today to give Neople time to fine-tune the game and get players’ feedback before an official full release, which is clearly important to the team. Neople’s Jung Eik Choi explains:

“But we don’t just want to make a game that we want to play, we want to build one that you, the fans, do. Our vision for First Assault is to work closely with the community to shape and build the best possible game. We held our first beta test a few months ago and received invaluable feedback about the game experience, maps and modes. Since that test we have been hard at work improving the in-game environment, as well as controls and content, and we’re now ready to reveal the initial results to the community through our Early Access program.”

No doubt a lot will change in the months ahead, but the foundation to make this a solid FPS experience is here. A future of high-tech cyberwarfare-themed battles may be closer than you think.