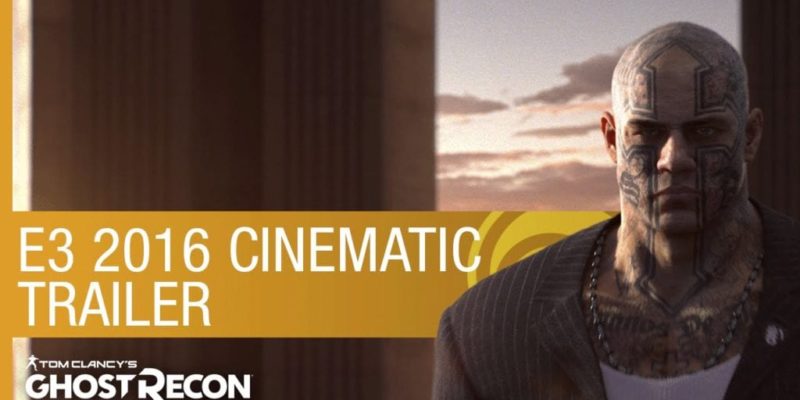 After an extremely flamboyant opening, Ubisoft’s E3 conference settled down to talk about cocaine … and Ghost Recon Wildlands. Both a cinematic-style trailer about Bolivian cartels, and an extended gameplay trailer were shown.

Ghost Recon Wildlands is apparently the “largest” open world title Ubisoft has made to date, and can be played either solo or in (up to) four player co-op. It was the latter on show in one of Ubisoft’s famous fake-banter multiplayer trailers, showcasing a mission in which the agents need to extract a nasty body-dissolving fellow and get some information out of him. If you can put up with the chatter, it’s a solid nine minutes of what the game should be like.

At the end of the presentation, a release date of 7 March 2017 was confirmed. Here are the videos.