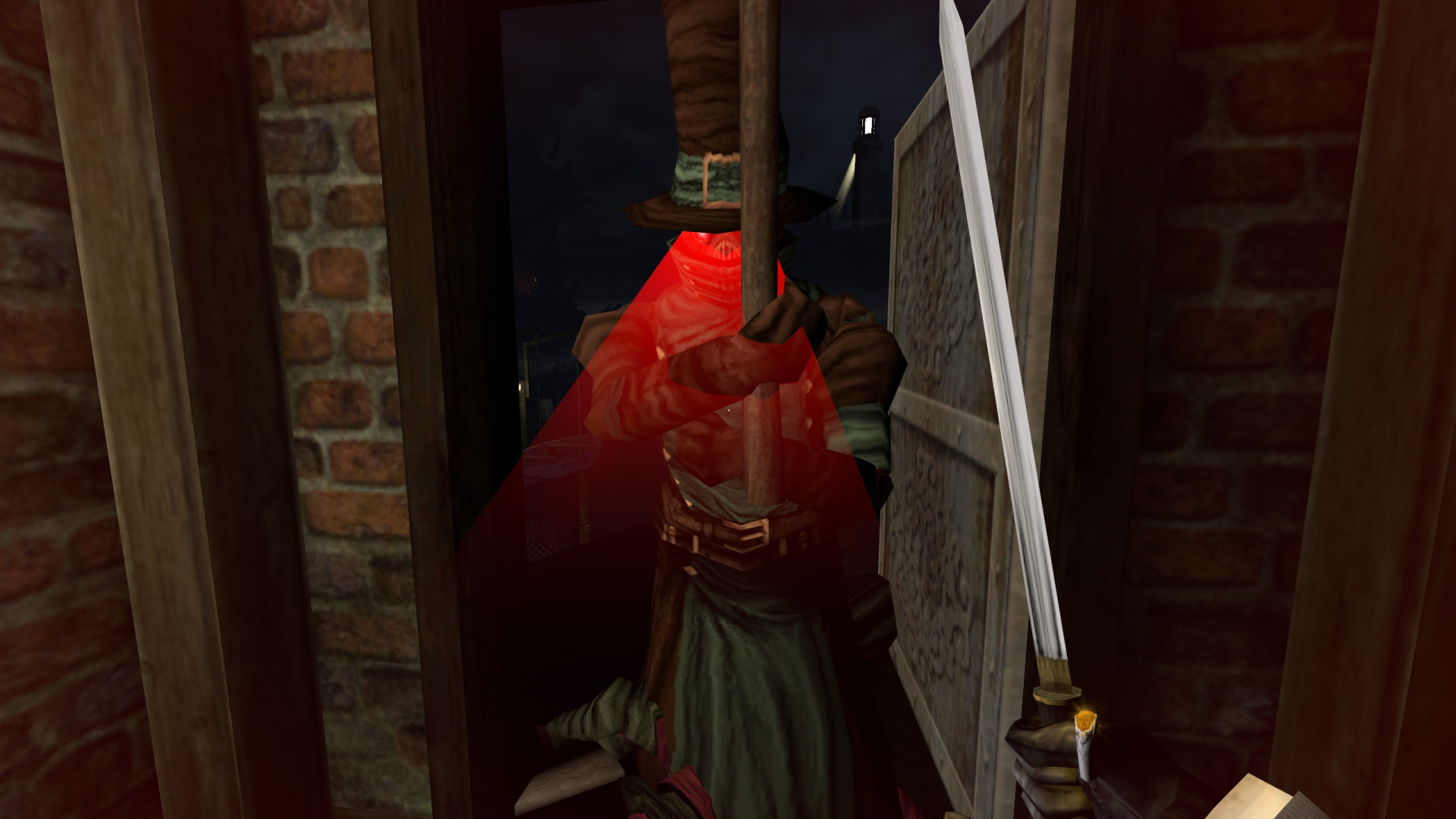 Seeing the name David Szymanski on a game made me instantly take notice. This was the guy that made Dusk, after all, so anything he makes is bound to catch the attention of the many that adore the game. Gloomwood, which just entered Early Access, isn’t the same kind of Doom-esque first-person shooter, even if it does visually and tonally remind me of Dusk. The game is set to remain in Early Access for one-to-two years, so you’ll definitely be waiting a while, but both Szymanski and New Blood have repeatedly shown that their games live up to their potential, so this looks like a sound investment. But the question stands: is Gloomwood worth it in Early Access?

Gloomwood begins with your character having been abducted and awaiting their fate in a pit. Outside of a gate, a voice explains things before the gate opens and your adventure begins. As I said, this isn’t Dusk. It’s more akin to the classic Thief games, except it isn’t based around stealing things and appears to have just one seamless, giant area. As such, it’s built around sneaking and careful navigation. Fans of immersive sims will feel completely at home here in this creepy world.

You start out in a fishery and gradually make it to some mines and a lighthouse in this early piece of content. The area is very interconnected and you’ll constantly be finding ways to open shortcuts as you explore and dispatch the enemies around you. They’re gangly and creepy and have a cone of light that lets you know if they’ve spotted you or not. Green light means they’re not looking for you, yellow means they’re searching, and red means run. You start out defenseless, but it doesn’t take long for you to find a canesword that you can swing and use to instakill unaware foes. 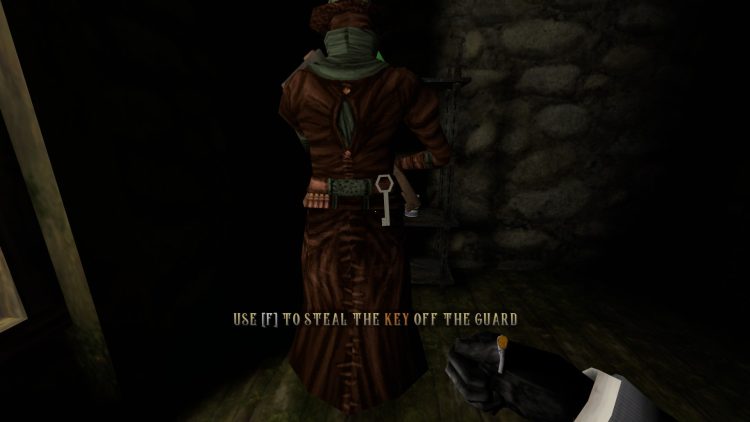 Gloomwood offers an inventory system that’s like an immersive sim version of Resident Evil 4‘s. Every object you put in your inventory is placed in a suitcase, which you open and place on the ground without pausing the game. If you’re too close to a wall, you can’t put it down and open it. Early on, enemies have axes and rifles. You can’t use either of these yourself, but rifles will sometimes contain ammo that you can unload and use once you get a firearm of your own.

One thing that irks me is that enemy rifles only tend to have a single bullet, if they have any ammo in them at all. Most rifles have zero, which is strange because the enemies shoot you infinitely, so Gloomwood doesn’t abide by immersive sim ammo rules. The game is also so insanely dark that I frequently had trouble seeing, even with the brightness and gamma cranked up. You do get a lantern after a bit, but you do have to stumble around in the dark for a while before you chance upon it. When I could see what I was doing, the exploration and gameplay were very satisfying, though. You can carry bottles with you to throw and distract guards, which is very useful.

But the stealth is imperfect. You can only use the backstab for insta-kill when an enemy is totally unaware of you. If the enemy is fully aware, you’ll slash with your sword instead. If you’re quick and use corners, you can use the actual stab, but I’ve used this multiple timesin these instances and the enemies didn’t die if they were about to discover me. One enemy stood guard in a locked room. I broke the window, which caused him to unlock the door and come outside to find me. I thought I was clever and waited behind the door for him to come back so I could backstab him, but he clipped through the door, saw me, and then hit me through the door. I was very unhappy. Gloomwood is worth it in Early Access, but I do hope the stealth gets tightened up a bit, along with making it a bit easier to see. 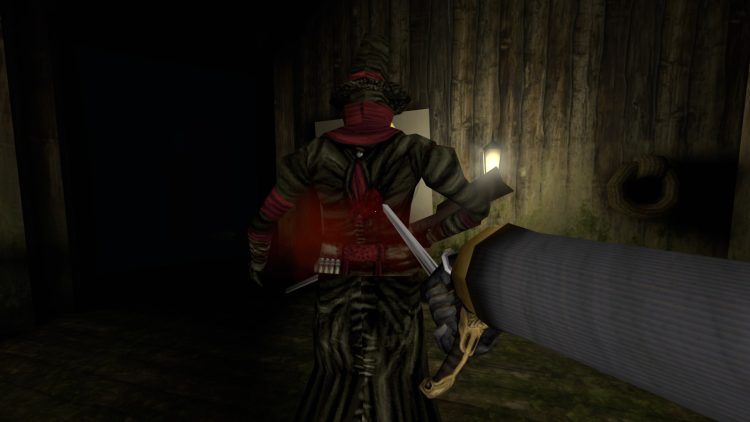 The Wandering Village gets released into Early Access in mid September