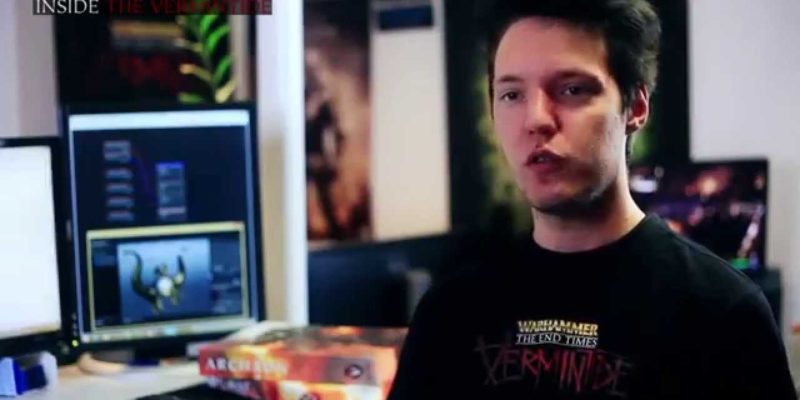 Fatshark have released a new video about Warhammer: End Times – Vermintide that should take your understanding a little further than ‘co-op melee game where you kill Skaven in first-person’.

That premise is still the foundation for much of the talking-head information in this trailer, of course, but there should be one or two new things to learn. For example, Fatshark say they’ve been working hard on the melee animations and character presence, to make it feel as though attacks and blocks have the required impact.

Finishing a Vermintide level results in loot being distributed between the co-op group. This looks to take the form of new weapons, or variations on weapons with different powers (a dagger with ‘lifesteal’ is mentioned.) It sounds like loot is handed out on the basis of group performance, rather than on individual achievements – in other words, getting the most headshots won’t earn you something special, but contributing that many headshots to the overall group number should still help.

‘Dynamic AI’ will control the spawning and movements of all enemies, so you can probably expect a trip through a Vermintide level to be a bit like in Left 4 Dead, where you aren’t quite sure what the encounters will be. Mostly Skaven, obviously, but Rat Ogres and Packmasters have already been confirmed as variations on the basic Skaven warrior theme.

Vermintide is due in the latter parts of 2015.

XCOM 2 gets its Muton with new images