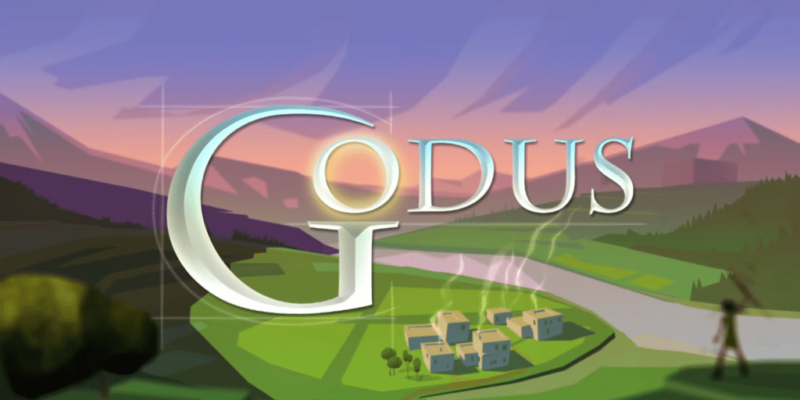 Despite protestations to the contrary from 22 Cans in June of this year, it seems the studio have definitively moved on from Godus. Their new microtransaction venture, The Trail: A Frontier Journey, quietly appeared on phone platforms at the end of last month, all-but confirming long standing rumours that development had long since shifted away from Godus.

Godus was still “an ongoing project” according to 22 Cans CEO Simon Phillips when he was interviewed earlier this year. That would be the same interview where Phillips confirmed that (now former) Godus lead Konrad Naszynski had departed after non-renewal of his contract. This belatedly confirmed prior rumours that Naszynski had left as far back as March 2015 and was no longer working on the Early Access title.

Godus appeared on Early Access in September 2013, after raising £526,000 from 17,000 people in a Peter Molyneux-fronted Kickstarter campaign. Molyneux appeared in numerous promotional and update videos during the early days of Godus’ release. Much like the hopes of Godus backers however, his presence would gradually recede and ultimately disappear.

Molyneux’s final appearence in a Godus video was 9 February 2015. That was four days before the infamous “Pathological Liar” interview with RockPaperShotgun’s John Walker.

Molyneux’s subsequent flight from the spotlight didn’t quite coincide with a total cessation of updates from the 22 Cans team, but it did appear to signal the beginning of the end. After his final appearance in that February 2015 video, 22 Cans put up just two more videos; both Q&A sessions with (the now departed) Naszynski.

News updates on the 22 Cans site continued until 19 June 2015. Since that date they ceased entirely. Not exactly an indication of an “ongoing project”.

The winner of Molyneux’s Curiosity ‘experiment’, Bryan Henderson, was supposed to reign as ‘virtual god’ in Godus’ world. To date, Henderson has not received anything resembling this prize.

But what of Steam, and the combat-oriented spin-off title Godus Wars? The last meaningful update for that Early Access game was 10 February 2016, seven months ago. It also flopped hard, achieving an all-time peak of just 141 players according to SteamCharts statistics.

Godus itself last had an update on 3 February 2016, in which, funnily enough, 22 Cans ask themselves the question “Have you abandoned Godus?!” This query is met with the reply “Not at all!” … followed by seven months of silence.

Back in June, Phillips admitted there was “Not a fixed time frame right now” for either Godus or Godus Wars to complete development, meet the original 2012 Kickstarter goals, and leave Early Access. Far from being “ongoing”, this leaves the project(s) in an unacceptable state of limbo, with no updates for more than six months, no lead developer, and little hope of any progress; let alone of kindling an enjoyable game from the ashes.

Now well outside the boundaries of Steam’s refund policy (which wasn’t even implemented at the time of Godus’ Early Access release three years ago), the six thousand people who at one time were playing this game have few avenues for recompense. As 22 Cans head for their new frontier with The Trail, the original Kickstarter backers have been left abandoned on the roadside, gazing in vain at the dust cloud of promises left by Molyneux’s carnival caravan.