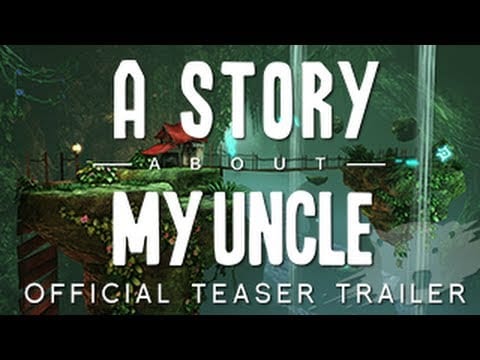 Wish I had an Uncle who’d show me weird glyphs.

When Coffee Stain Studios aren’t making weird Goat Simulators, they’re publishing titles like A Story About My Uncle. Developed by Gone North Games, this one started life (as so many titles do) as a university project. There has apparently been a freebie demo build knocking around for a couple of years too, so you may even have played it.

Judging by the trailer and the short accompanying press blurb, A Story About My Uncle is a post-Portal first person puzzle-platforming type affair. It also specifically says it’s “non violent” so it won’t suddenly turn into a shooter halfway through.

Coffee Stain Studios seem keen, saying “[Gone North] really nailed the sense of speed, freedom and adventure in the game.” But they’re also the publisher, so it would be quite weird if they didn’t like it.

Here’s the trailer. The game is due in summer this year.