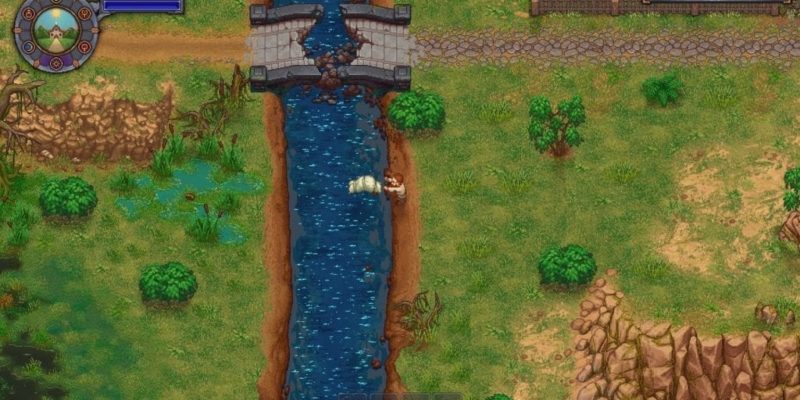 In my first hour with Graveyard Keeper, I hacked flesh from a fresh corpse and tried to sell it a tavernkeeper. Shortly after that, I tossed a decomposing dead dude into a river. It was a weird first day of work. Since then, I’ve stolen skulls, skinned bodies to make leather armor, and forged an uneasy alliance with an assassin — all while giving weekly sermons from a church pulpit. I’ll be the first to admit that I’m running a sketchy operation. But in Graveyard Keeper, it’s all for the greater good. At least, that’s what I keep telling myself.

Graveyard Keeper is a peculiar game. Although it looks similar to farming games like Stardew Valley, it’s more of a management sim than a breezy slice-of-life experience. As the newly appointed Graveyard Keeper of a small medieval village, players can expect to spend most of their time maintaining (and upgrading) a church and its accompanying graveyard, all while making dubious ethical decisions.

Bring out your dead 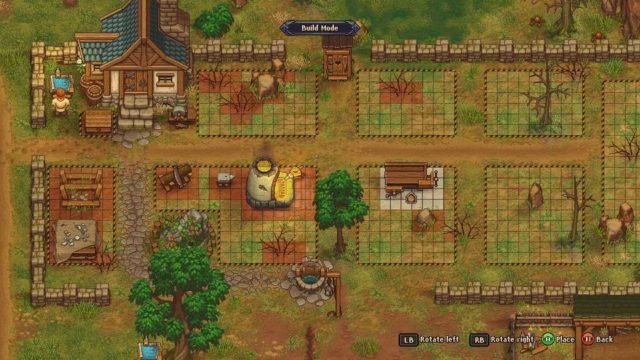 And for the most part, it’s a dark, funny exercise. Graveyard Keeper doesn’t shy away from the macabre. Chopping up corpses is encouraged — and vital — to progress through the story and unlock upgrades. There’s a pervading sense of self-aware black humor throughout the game. Graveyard Keeper is a title where a talking donkey espouses leftist politics while delivering dead bodies to your morgue. It acknowledges the twisted economics of death. The most efficient ways to make money revolve around using dead peoples’ body parts in crafting recipes. It’s dirty work, sure, but it’s a living.

Graveyard Keeper requires patience. True to its management roots, the game isn’t shy about overwhelming players early on. Following a short tutorial, you’re left to your own devices. Striking a balance during the game’s opening hours is difficult — the bodies keep coming. It’s easy enough to inter a corpse, but maintaining a graveyard’s a different beast entirely.

From the game’s outset, players need to build workstations to craft recipes and tools. There are dozens of different stations, including furnaces, woodworking stands, and anvils. Each one produces different items and objects. Wooden crosses, for example, require a woodworking bench and stacks of lumber cut at a sawhorse. The seemingly straightforward process of building, say, a grip of iron nails is a multi-stepped endeavor. Graveyard Keeper‘s crafting system is granular and deceptively complex. But while that may appeal to a niche management sim-loving audience, those looking for a dark spin on the Harvest Moon formula might find themselves drowning under a deluge of upgrade charts and missing components. 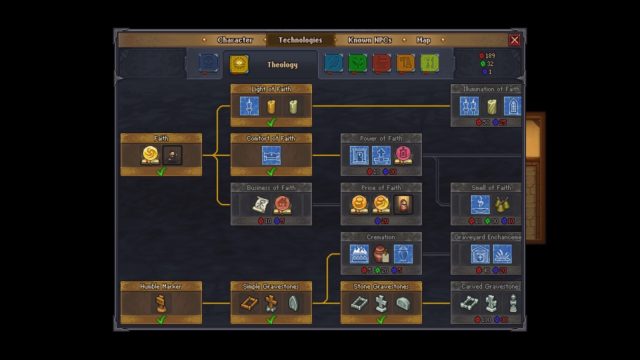 This is just one section of a single upgrade category. Graveyard Keeper puts players to work.

And a complex crafting system is just the tip of the upgrade iceberg. Before you can even begin producing most materials, you’ll have to get past Graveyard Keeper‘s rather obtuse technology trees. There are a number of different “paths” players can spend their experience points on. These upgrade trees range from straightforward concepts like Building and Farming to more nebulous categories like Theology. Each tree contains myriad unlocks, including new crafting recipes and permanent passive upgrades. Much like the game’s various workstations, it’s alarming how many different steps go into snagging a single unlock.

First, you need experience. Sounds straightforward, right? Unfortunately, it’s not that simple. There are three different types: red, green, and blue. Each color manifests as an in-game orb, which spawns after completing actions. Researching different books builds knowledge, a category governed by blue experience. Crafting-related tasks bank red orbs. And interacting with organic matter like trees and crops is a reliable method of earning green points.

Just thinking about it is exhausting. But, squirreling away experience is the only way to unlock new technologies. Most mid to late-tier unlocks require a healthy dose of experience points from each of the three categories. Graveyard Keeper ensures that players keep busy, but the constant grind for resources, experience, and crafting materials makes a lot of your actions feel like busywork.

The lost and the damned 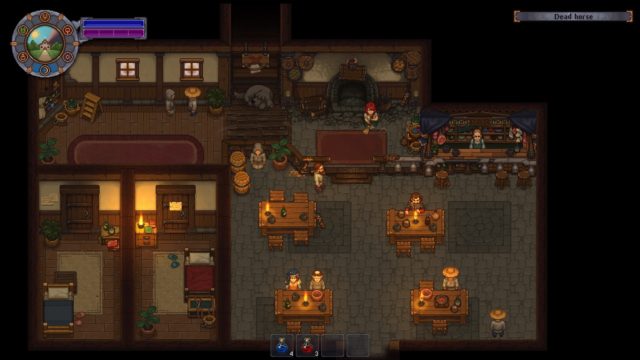 There are a handful of characters to interact with.

Ironically, not only are Graveyard Keeper‘s different systems tiring to think about, but they’re also taxing on your avatar. Every action you do — from digging a hole for a corpse to sharpening your ax — zaps energy. Like laboring at a demanding job in real life, it always feels as though the Keeper is fighting a losing battle. There’s rarely enough time to accomplish the litany of tasks needed to progress in a single day. And while eating food helps recover some energy, many activities require a disproportionate amount of energy to tackle. Sleeping is the only surefire way to restore all of your stamina in one fell swoop, but it’s not uncommon to get exhausted a few hours after waking up. Graveyard Keepers have terrible hours, it seems.

Outside of the game’s grindy management format, Graveyard Keeper also has a series of character-related quests. Though your interactions with different villagers add plenty of flavor to the game’s dark atmosphere, each of their respective missions require a significant time commitment. It’s a bizarre trade-off. While there’s no rule stating games need to reward players continually, many of Graveyard Keeper‘s tasks feel hollow, even when the move the main story forward. Because most characters are only available on a specific day of the week, accomplishing quests feels like you’re always working against shifting goalposts. There’s urgency, if just for the fact that failing to knock out a quest in one day means waiting an entire week to turn it in again. And with so much to keep track of at once, stuff gets lost in the shuffle.

Graveyard Keeper is an undeniably unique game. It just stretches itself too thin. Even the titular role — the actual keeping of a graveyard — often feels secondary to the constant pursuit of new upgrades. Its central, twisted conceit goes a long way to making the grindy experience tolerable, though. Even at its worst, Graveyard Keeper sure to find an audience, as its macabre atmosphere and off-color activities aren’t things you see in games too often. It’s just important to know that you’ll spend as much time selling tainted human meat as you will trying to make sense of cumbersome unlockables. No one said managing a cemetery was easy.

Graveyard Keeper is a black comedy disguised as a management sim. Though entertaining, it's plagued by cumbersome upgrade systems and taxing tech trees.