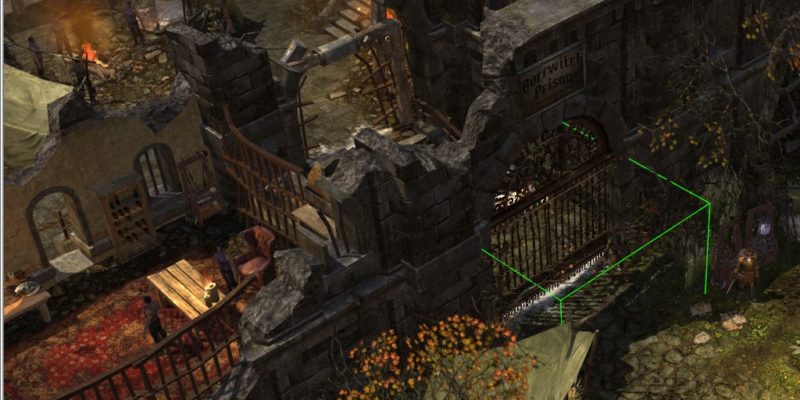 Crate Entertainment’s recently released ARPG Grim Dawn will be getting modding tools by the end of April according to the latest update from the team.

Since the game released earlier this month, Crate has been working on bug fixes and the recent v1.0.0.2 update ironed out many of the launch issues. Now these fixes are out, Crate is working on the game’s modding tools which are based on the same tools the development team used to create the game.

Crate recently showed off the editing tools in a few screenshots which include the Asset Manager, World Editor, Quest Editor, Conversion Filter, Ddatabase Editor and Lua scripting. Further information has been released today including for the Quest Editor and Conversion Editor.

The tools appear to be quite extensive and Crate posted the following modding FAQ which details what will and won’t be possible when the tools release.

I have question about FX editor, will be there something to play with?
The Particle Effects editor will be included with the modding tools.

Is it possible we will be able to make a base building wave defense game? It could be fun.
Something like this would require extensive use of Lua, but if you set up some timers you could theoretically create a defense game with defenses selected by the player.

How about texture editor or something like this? Is there a way to export or import game textures?
Texture and art asset creation is something you would handle with external tools, such as Photoshop or 3DS MAX. They are not provided with the modding tools.

Will it be possible through conversation editor to give player a non-mastery skill at a specific level, remove this skill, increase the level of this skill?
Granting skills and editing skill levels are exclusive to the Skill and Skill Reclamation Window, or Equipment.

Will it be possible to save a token (an integer or a string token) for all characters (for example the achievement system must count all monsters killed by all characters so there must be a way)?
Token Strings are stored per character, per difficulty. It is not possible with current functionality to check a Token from another character. Achievements track progress per individual character as well.

Will it be possible to mod the weaponblink skills like shadow strike to make it target the ground in order to use it as a movement power?
That would require you to edit the engine, which cannot be done with the modding tools.

Will it be possible to make item with skill modifier/transmuter?
That is not possible with current functionality.

Will it be possible to make new faction and keep all original factions?
Yes, you can create new factions, or even edit existing ones.

Do you think it would be possible for the community to translate the modding tools to other languages?
Not currently possible, but something we can look into down the line.

It will support Steam Workshop for this?
Right now we are focused on the core functionality and stability of the mod tools, but Steam Workshop is something we may look into as well.

Will modifications/game overhauls be capable of being applied to the main campaign, or will we have to work with the Custom Campaign switcharoo with Custom Campaign-specific characters again for that sort of stuff?
Modding tools will allow you to create Custom game modes. Editing the Main Campaign would constitute editing core game files, which is technically possible (see Soulvizier for Titan Quest as an example of this), but is not directly supported by the modding tools.

How much easier will it be to blend textures around map edges?
So long as textures exist in both regions, you should have no trouble blending them seamlessly.

Can we put objects near edges without too many problems?
With the exception of Set Pieces (which have an area that must be fully encompassed by a single world region), you can place objects as close to the world edge as you like.

Are objects now really pathable?
You can create objects such as bridges and platforms that are pathable, while still allowing pathing underneath them.

Undergrounds. I see a great deal of beautiful asymmetry in the game’s dungeons (Darkvale Gate for example). Did the “grid type” (sorry can’t remember name) maps survive? Are there curved assets? How can you make curves in grid mode?
The Grid Dungeon system was not used in the creation of Grim Dawn levels.

I remember Rhis said a long time ago that anything like a scoring/tracking system between players can be done with the right scripts. Is this still true? Ie. monster kill, death etc.
Those functions are not currently exposed to Lua, but if there is high demand for them they could potentially be added.

If you’re familiar with Warcraft 3 siege map, is it something like that possible?
This was a type of mode where players try to hold out in a fixed area as monsters continuously assault them? That should be possible with extensive Lua scripting.

I wonder what can be changed by mods. For example: Disabling critting dots? Changing how Conversion works?
Things like that are core engine functionality and cannot be edited with the modding tools.

Will it be possible to edit how the damage types work? For instance, make that only 4 or 5 damage types exist in the game, with the related resistances, and with the damages over time computed over the related damage types, for instance all the fire damages always do an extra x% burn damage over y seconds.
You would have to completely remove any reference to certain damage types from every skill, item and monster. Not impossible, but a major task to tackle. The second and third parts require editing core game functionality and cannot be done with the modding tools.

Will it be possible to restrict skills to specific items? For instance, bash to maces, bleeding to swords, charge to shields etc.
You can assign specific item types as requirements to use particular skills. This is already the case with several Mastery skills.

Will it be possible to edit how the death work? For instance, make that the character who dies has all his/her experience back to zero from his/her current level, or that all his/her inventory drop where he/she died, or that a specific quest is then required in order to get back the experience and the items?
This would require editing core game functionality and cannot be done with the modding tools.

Will it be possible to completely remove the components and the unique items from the drop system? To make that only random weapons/armors/jewels can be picked up. Will it be possible to define specific attributes to items? For instance, that only weapons have a chance to have +% physical damage, and that no book(focus) can ever do that.
You would have to edit all of the item loot tables, but yes, you can completely eliminate certain items from the loot pool with a mod. You can also completely redefine the affix tables by item type as well with the same method.

Will it be possible to enable dual wield by default for any character for any set of items? If so, will it be possible to setup a default penalty for dual wield, and specific passive skills that reduce that penalty?
This would require editing core game functionality and cannot be done with the modding tools.