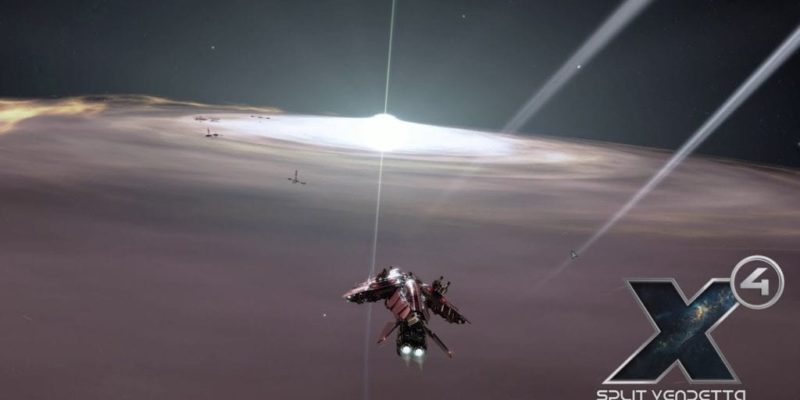 Egosoft has announced that they will make their first ever appearance at Tokyo Game Show 2019. During the conference, the company will feature a playable demo of X4: Split Vendetta, the upcoming expansion for their space-flight and trading simulator, X4: Foundations. The expansion coincides with version 3.0 of the game, which will increase the size and scope of the in-game universe. Altogether, players can expect new ships and new trade routes. X4: Split Vendetta is due for release in Q4 of 2019 for both GOG and Steam.

The X4: Split Vendetta expansion will feature the eponymous Split families, a clan that the player can either trade with or fight against. This means new trade routes and new economic opportunities. Of course, if you feel that your economy is stable, it might mean new enemies to contend with. Along with the new clan, players will be able to build stations based off of newer station modules. X4: Split Vendetta also brings new ships and weapons. So altogether, the expansion has a lot in store for players looking to beef up their space-trade business.

The X games have been around since the late 90s, and have offered an immersive first-person experience. One of the biggest standout features is the floaty flight physics, which force players to learn a complex flight control scheme. My own introduction to the series was with X: Beyond the Frontier, although X4: Foundations has built upon previous games in a big way. Most notably, recent games in the X series allow players to exit their space craft and walk around the various space stations.

For those who like economy and trading, X4: Foundations is one of the few space-flight games that strive for realism over action. Granted, the X games have plenty of combat for those who want it. If you’re like me and still enjoy older PC games, or if you’re simply running a budget gaming setup, X: Beyond the Frontier is still an excellent experience all around.