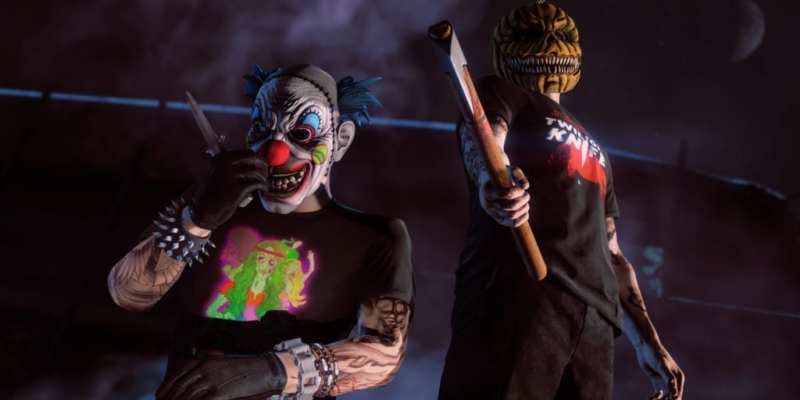 It’s Halloween, and every game, of course, will have its own way of getting in the spirit. GTA Online is also going all out this year, with the game bringing a slasher theme to Southern San Andreas. The festivities include ways for players to earn free t-shirts, go on murder sprees, and earn some neat bonuses while they’re at it. Also, cars. Can’t forget the cars.

As part of the Halloween event, GTA Online is also including six new Adversary Modes, which offer the chance for double money and RP bonuses.

In this mode, you will need to avoid the creepy Slasher, who is equipped with a shotgun. You are the Hunted, and he can take out up to seven of you at once. Hunted players at first are only equipped with mere flashlights, but don’t worry – after three minutes are up, you get shotguns too. The game ends when either the Slasher or the Hunted are all killed within the time parameters. 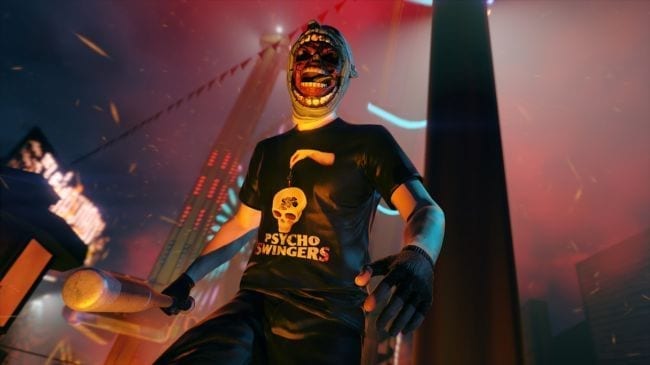 Keeping up with the Slasher theme comes this mode. Slashers will be armed this time with machetes and shotguns to find the Hunted, who are armed with thermal vision and flashlights. The twist with this mode is that every other minute, roles are reversed. You win when either group is completely killed.

In this mode, it’s Angels vs Devils in a full out brawl. This battle for your very soul changes between day and night every 60 seconds. Advantages include armor, health regeneration, and more weapon options, but they depend on what time of day it is. Angels get the bonus during the day, while Devils thrive a night. I particularly like how it changes from day to night so quickly, adding for more of a challenge.

Oh boy, one player is in for quite the nasty surprise. Once the clock runs out, you are dead. In what I would describe as a twisted version of Tag, you can pass this fate on to another player, saving yourself by literally shoving them into a shallow grave. It’s every player for themselves, and last one standing wins.

This mode pits The Hunters against Runners who just want to get home. The Runners may be armed to the teeth on foot, but so are the Hunters, who, with their free-aim shotguns, must remain on their ATV’s or motorbikes. Hunters get unlimited lives this time around, while Runners get only one. It’s definitely a more challenging and strategic mode.

It’s the return of the Beast, and he’s back with a vengeance. Also, he’s not alone this time. It’s up to the well-armed Slashers to take them out. Be warned, however – the Beast is fast, can easily leap over buildings, and, oh yeah, he can become invisible at will. The Beast can’t just hide, though; he also needs to clear checkpoints while avoiding The Slashers.

As a thank you, just for logging in from now until November 5, players will be gifted exclusive Halloween t-shirts. The designs include Psycho Swingers, Zombie Liberals in the Midwest, and Twilight Knife. In case you didn’t catch those references, they all pay homage to B-list horror films. 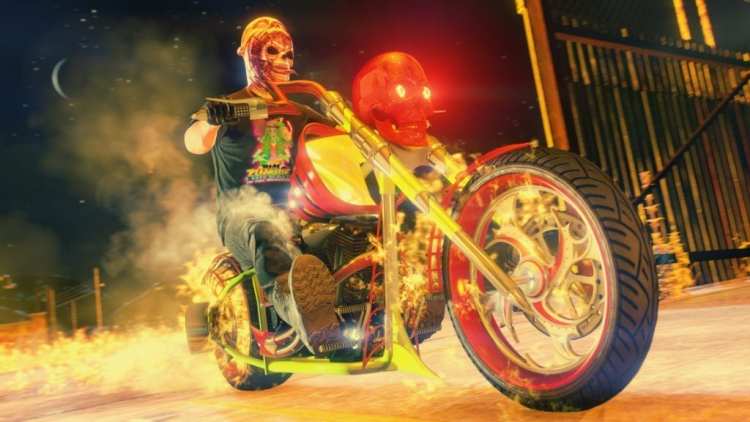 Halloween themed vehicles have made a return to the game until November 5 at 35% off.

GTA Online has truly gone all out this year. Players have the next week to take advantage of all the modes, discounts, and extras. So what are you waiting for? Don your favorite costume and go enjoy this spookiest of sessions!