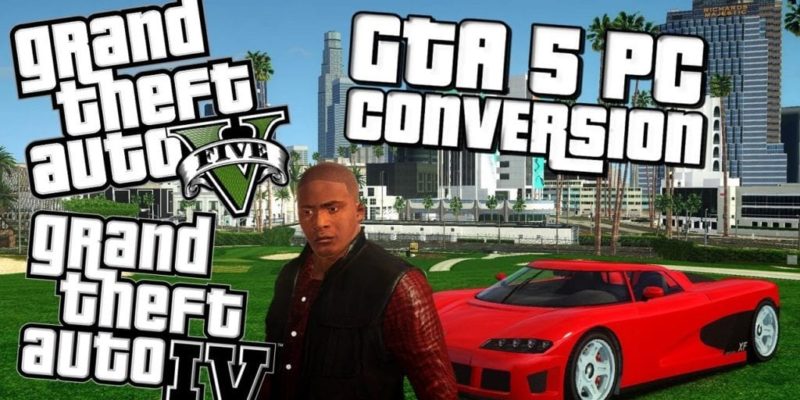 We’ve been following the development of the GTA V to GTA IV mod for the past week or so and development appears to be coming along nicely.

This mod project has now turned into a big deal as the team has grown to at least ten people. ZZCOOL who started the journey said in his latest update:

“It has now become a big project, meaning it will be A LOT more polished than expected, ranging from scripts to a gta 5 based enb config and much more, The entire map will also most likely be converted”

It looks like ZZCOOL never expected to get the response he has with mod and he sounds slightly concerned that Rockstar may not approve. He adds:

“I have great respect for Rockstar games and if they weren’t OK with this then I would take down all videos of this and end it. This is just a fun exciting special thing I wanted to show, nothing like GTA V 5 and never will be. But at least we can get close too it.”

There is still no actual release date for the mod because of the fact it’s now turned into a big project, but it’s very cool what the team are doing with  GTA IV.

To demonstrate just how far the mod has come, since last week, a new video has been posted.

Namco “exploring options” for Dark Souls when GfWL shuts down