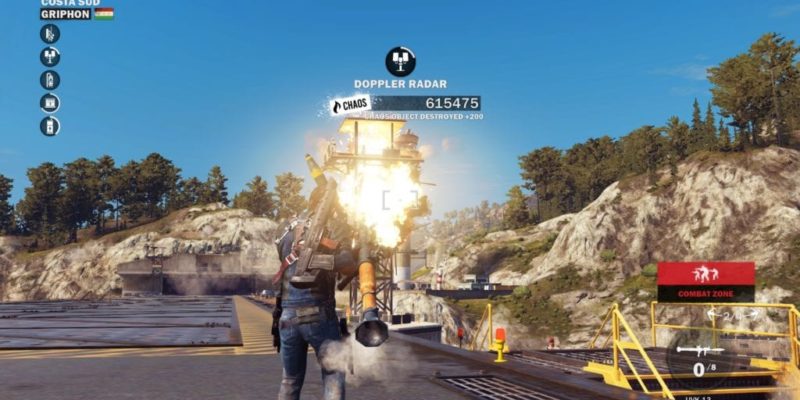 Nanos, the team behind the GTA:MP multiplayer framework shut down by Take-Two (see our interview for more details on that), now plan to work on Just Cause 3 instead.

In a post titled “State of a new adventure”, the team declare their intent to tackle Avalanche’s explosion-o-thon as their next multiplayer project. Just Cause 3 was apparently one of three games (the others being Far Cry 4 and “Own Game”) to top a community poll asking what Nanos should do next.

“We are currently in contact with Square Enix and Avalanche to firm up the cooperation and a deal,” the post says. A wise move, given what happened with Grand Theft Auto V.

Prospects look reasonable enough here, as “The developers from Avalanche stated they want to help the community to create mods”. There also don’t seem to be any plans to add ‘official’ multiplayer to Just Cause 3, so this project wouldn’t be overlapping with any existing development plans.

Just Cause 2, of course, had multiplayer added by an unofficial mod (albeit by a different team).

Nanos sign off by saying “We are a professional team with a lot of experience, we are skilled and we think that we have a great chance to create with Square Enix and Avalanche Studios a unique and new multiplayer for Just Cause 3“.

Funcom will be making Conan games