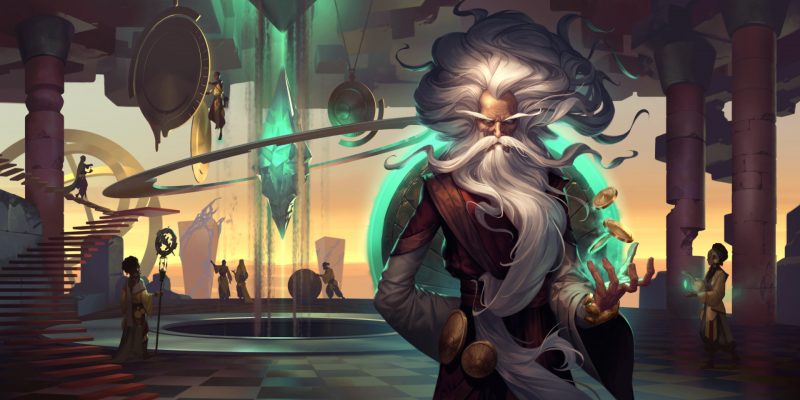 It hasn’t been that long since the last trailer for Empires of the Ascended dropped for Legends of Runeterra, but updates for this game come fast and heavy. Today a Guardians of the Ancient trailer was dropped, and it brought our first look at the next big expansion for the game.

The trailer features three champions from the League of Legends universe. That being Irelia, Malphite, and the wise, old wizard Zilean. The first Empires of the Ascended trailer hinted at what would become the new Predict mechanic. Likewise, this trailer is definitely hinting at whatever new mechanic is coming to the game.

Based on the short story shown in the trailer, it probably has something to do with reversing time. Or at the very least, undoing a mistake a player makes to try again for a better outcome.

The trailer also features unique animation made specifically for this reveal. Derick Tsai, the senior video producer at Riot, said that the team is always looking for ways to connect the cinematics to the game. The goal? Create what Riot calls a holistic experience for the players of Legends of Runeterra. In fact, Tsai points out a very specific example that can be seen in this trailer. The coins that Zilean uses in the trailer are from his level 1 card art. Working with their animation vendor, Sun Creature, these coins became how Zilena controls the flow of time.

At the end of the Guardians of the Ancient trailer we see a release date of May 5 for the set. It will contain 42 new cards, including the three new champions seen in this trailer. There will also be new boards, guardians, emotes, and card backs featuring these new champions as part of the expansion. In addition, every day at 12 PM EST starting tomorrow there will be new card reveals on the Legends of Runeterra Twitter account. So, make sure to check those out to see what is in store for the new set.