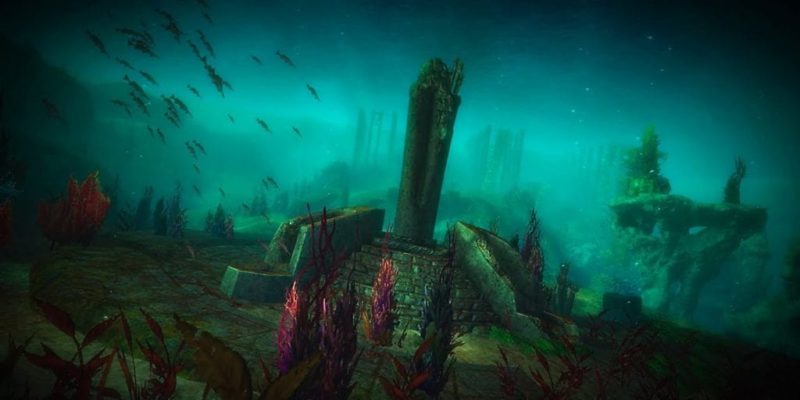 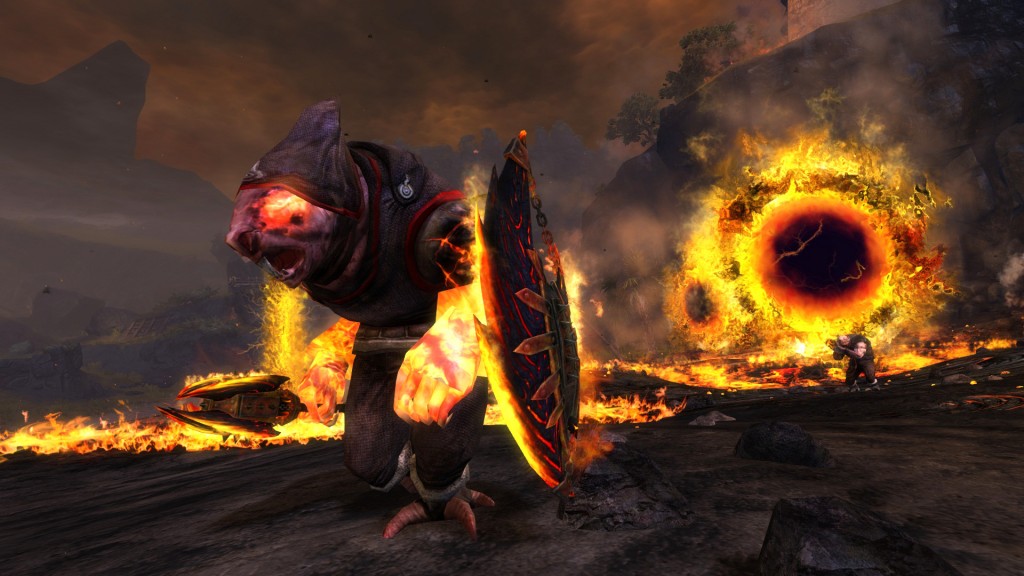 Lion’s Arch is under attack from the forces of Scarlet Briar and this will be the penultimate piece in the Scarlet Briar storyline.

For the past year, players have battled Scarlet’s minions, foiled her schemes, and discovered more about her sinister goals. Now, after months of planning, Scarlet’s attack on Lion’s Arch sets the stage for a final ruthless push in her still mysterious grand plan. In “Escape from Lion’s Arch”, players battle alongside the Lionguard to take on Scarlet’s dark allies and evacuate as many citizens from the city as possible. They will face ferocious challenges as her minions roam freely through the besieged city and in the waters of the harbour. To protect the innocent, players will have to battle everything from the brutal charr of the Flame Legion and the towering clockwork watchknights to vicious creatures such as the krait and the feared Aetherblade sky pirates.

As all of this takes place, a deadly miasma poison spreads across the city, forcing desperate survivors into refugee camps in the outskirts. At the Vigil Keep in the Gendarran Fields, players will find a new rallying point and an impromptu hub of trades and services they’ll need to defend Lion’s Arch. Only they stand between Scarlet and total devastation for one of the most important cities in Guild Wars 2

This sounds like it’s a case of throwing everything but the kitchen sink at players and we have to assume players will be triumphant in the end otherwise there won’t be a final chapter.

The update should be live on the servers now.