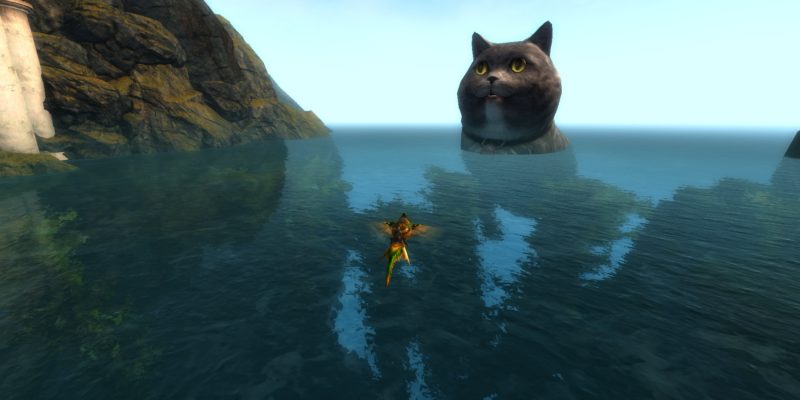 Tyria, the world of Guild Wars 2, was overrun by chonkers for April Fool’s Day this year. Enormous kitties appeared in all capital cities, looming over the citizens, while all players received important mail from His Royal Majesty, First Claw of the Realms and Conqueror of the Sunbeam Throne, the King of All Cats. Unfortunately, we don’t know anyone who speaks fluent cat, so the message is anyone’s guess, but at least His Royal Majesty included tonics with a 20% experience gain from kills for the remainder of the event, so it’s probably good news. 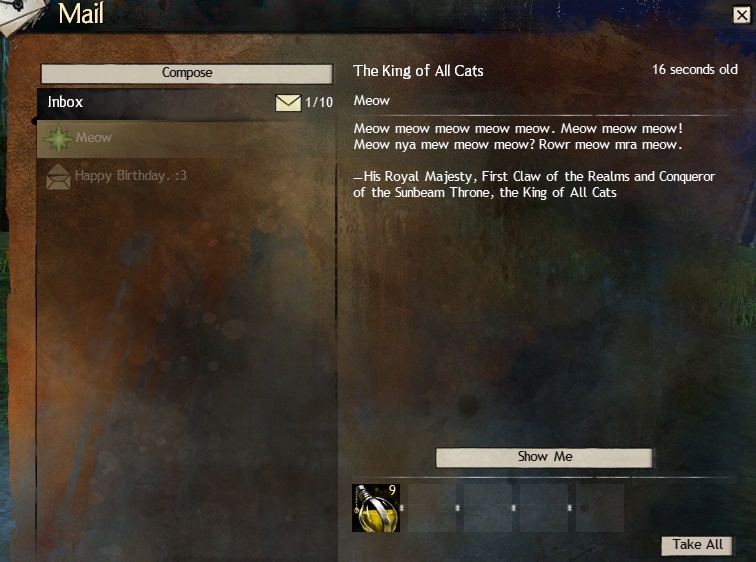 Like many other games, April Fools’ is a yearly tradition for Guild Wars 2. The most famous example of this is, of course, Super Adventure Box. This was an event that sent players into an arcade-like, pixelated platforming world with retro sound effects. The rewards earned here were holographic, colorful weapons styled after the event, and the event proved to be one of Guild Wars 2’s most popular ever. It disappeared for a while, but since 2016  it has made its return as the Super Adventure Festival every year.

This year, the Super Adventure Festival was delayed so it wouldn’t overlap with the main April Fools’ event. As its own event with new rewards every year, Super Adventure Box has outgrown April Fools’. So instead, we get to admire these massive chonky cats in Guild Wars 2‘s every capital city, while regular-sized cats spawn at your feet once the tonic is consumed.

And April Fools’ in an MMO wouldn’t be complete without fake patch notes. Guild Wars 2 didn’t disappoint here either. Here are some of the highlights:

The in-game Gem Store has also been updated to feature GW2‘s previous years’ Bobblehead Laboratory and Aviator Memory Box. You can log in now to take part in the feline festivity and benefit from the increased experience from kills. 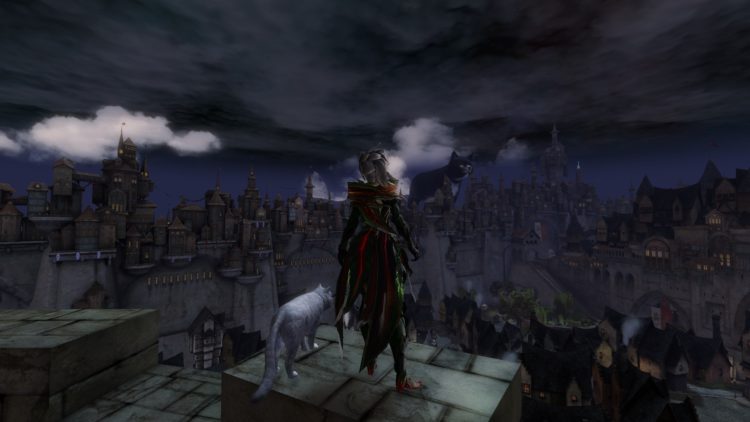 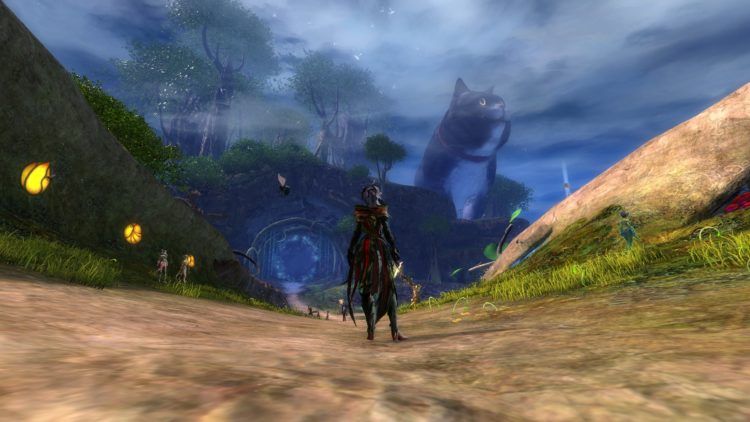 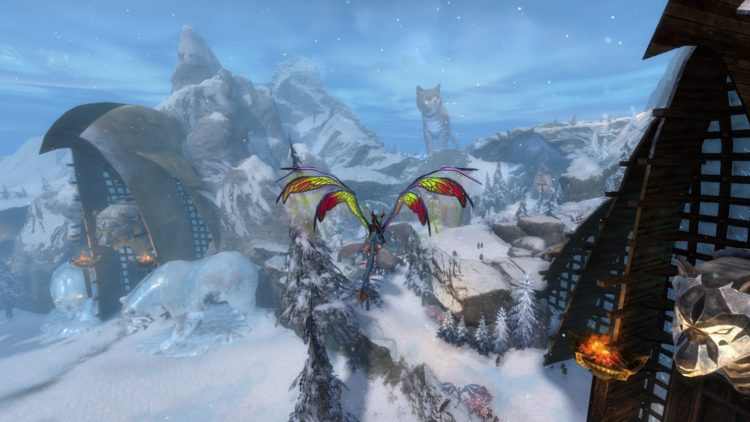 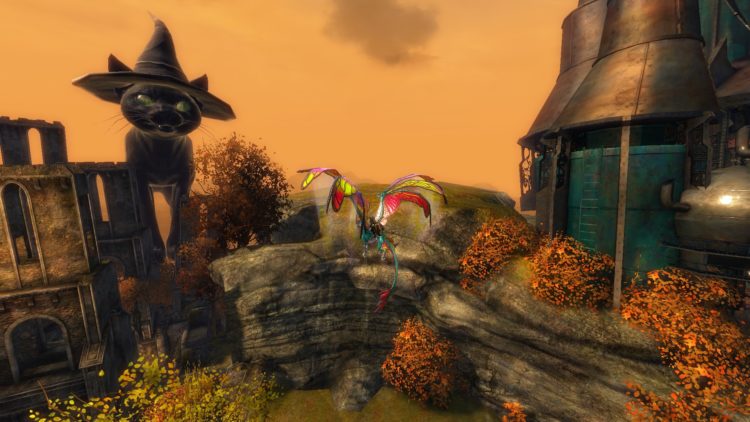