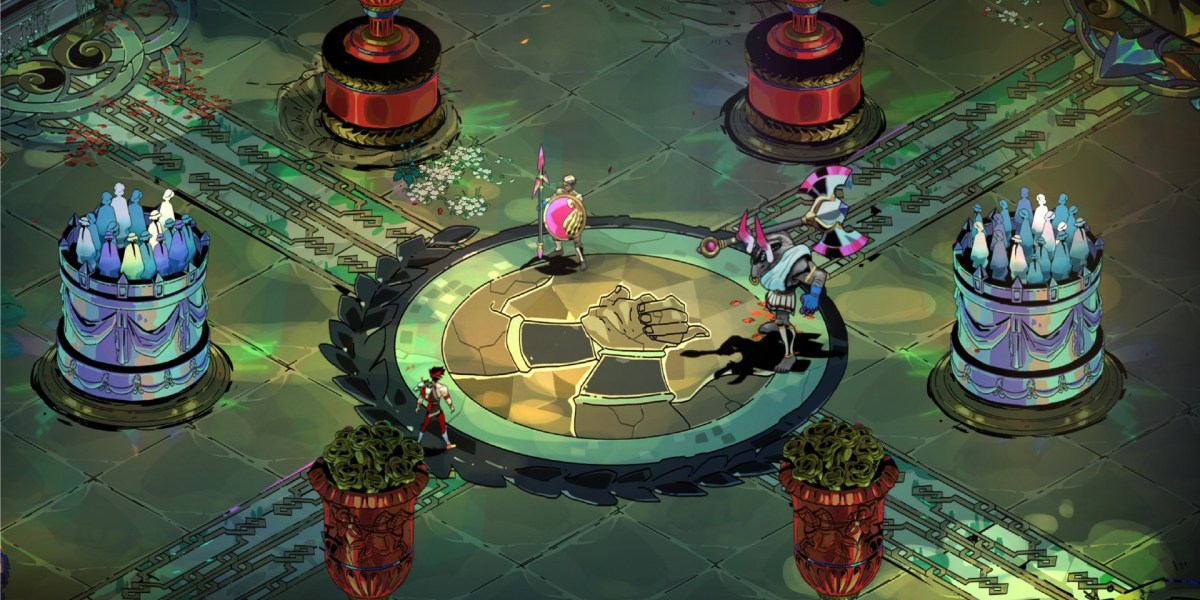 Theseus and the Minotaur (Asterius), once great rivals in Greek Mythology, are now buddy-buddies in Hades. The two can be found in Elysium’s final area (the 36th chamber overall in one Hades run) after you’ve destroyed the Lernaean Bone Hydra. Here’s our boss guide to help you out.

Note 2: Keep in mind that it’s possible to encounter Asterius in a random chamber while you’re exploring Elysium (seen below). Doing so will let you memorize his attack patterns and, in the later fight with Theseus, the Minotaur will have lower health. You’ll encounter Theseus and Asterius the Minotaur in the Elysium levels’ final chamber. This arena is huge with crowds gathered as spectators. There are also large, indestructible pillars in the stadium which will be very useful throughout the fight. Once Theseus reaches 50% health, he’ll use Olympian Aid and call on the power of a random god. This power will manifest in circular outlines that will activate and spawn ethereal projections.

The pattern of the spell will be different depending on Theseus’ chosen god. For instance, the Theseus’ Artemis skill will have the circles spawning from one edge of the room going to the other as spectral arrows protrude from their locations: As for the Ares boon, it’ll have fiery red circles and spikes chasing Zagreus around: The Demeter version, meanwhile, has circles manifesting in a spiral pattern before crystals start erupting: The goal of this Hades boss fight in Elysium is to eliminate the Minotaur early. Asterius the Minotaur is the more aggressive of the two. Likewise, Theseus entering his second phase while the Minotaur is still alive would be very annoying due to the hero’s Olympian Aid spell. Similarly, if Asterius was encountered early on in Elysium, he’ll start with lower HP anyway. Once Theseus is the sole opponent left standing, you can safely kite him and avoid, block, or deflect his Spear Throw. Use the pillars to your advantage by making him move close to you and firing off lightning-infused attacks, Slicing Shot/Blade Dash, and anything you can muster. Repeat this process once Theseus enters his second phase at 50% health and just beware of the spiky circles that he spawns. Defeating Theseus and the Minotaur will provide you with ambrosia. This rare resource is used to forge deeper bonds with other characters in Hades, increasing Zagreus’ affinity with them, unlocking favors, or even new companions.

You’ll only earn ambrosia as a reward you’ve defeated Theseus and the Minotaur using a weapon at a higher “heat” requirement for the Pact of Punishment. If you’re unable to meet this requirement, the boss fight will only net you 120 darkness crystals. If you’ve defeated Hades at least once to unlock the Pact of Punishment modifiers, then “Extreme Measures” (rank 3) will drastically alter the Theseus and Minotaur boss fight. Asterius the Minotaur still has his previous attacks with some slight additions: 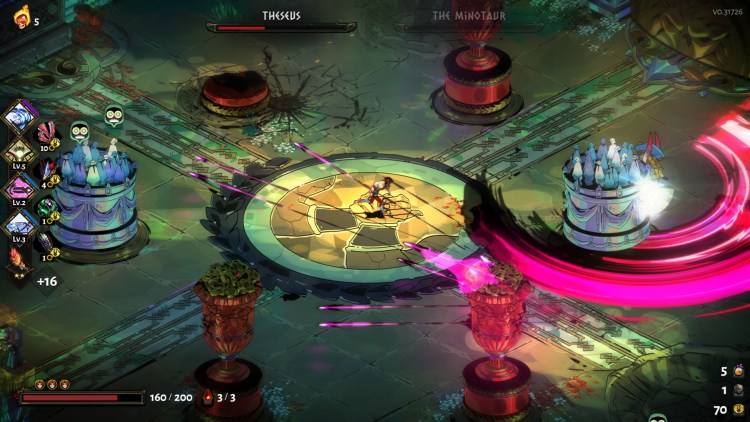 Theseus, meanwhile, isn’t even the Theseus that you used to know. He’ll be mounted on a chariot and his health will be slightly increased. Because he’s on a chariot, Theseus will have vastly different attacks: 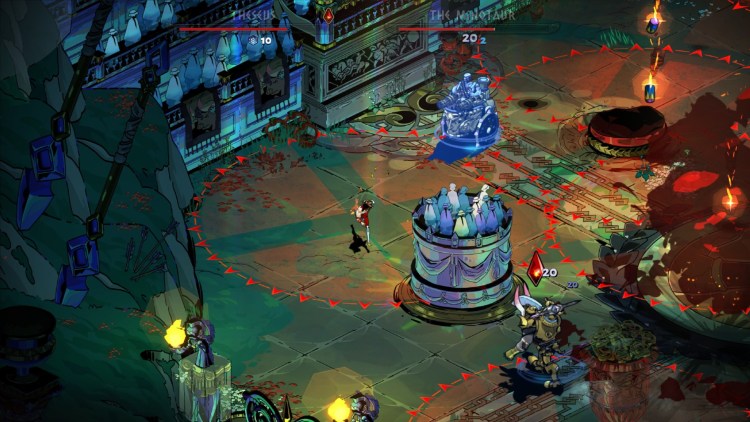 The same concepts should still be followed: eliminate the Minotaur first, then focus on Theseus. The Minotaur will be deadlier, but Theseus tends to fight more passively from the outer rim of the arena. Just take note of Theseus’ Bombardment attack while you’re wailing away on his beastly rival-turned-friend. 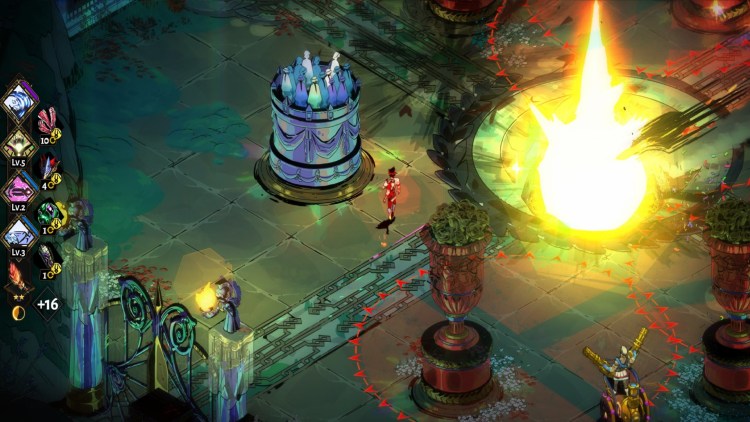