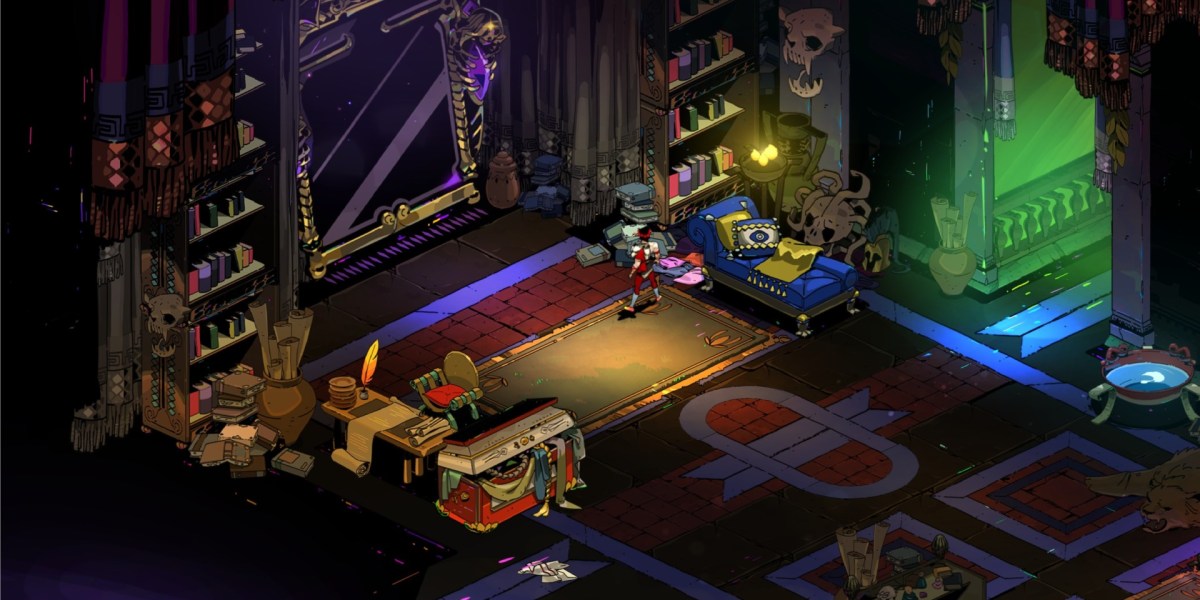 Progression in Hades doesn’t just happen while you’re trekking through the underworld. That’s because you’ll also unlock a few upgrades in the House of Hades central hub. It’s also here where you’ll find the Mirror of Night upgrades and Fated List of Minor Prophecies. Both features will give you powerful rewards. Here’s our guide to help you out.

Hades: The Mirror of Night upgrades

The Mirror of Night in the House of Hades is found in Zagreus’ bedroom. Therein, you’ll be able to unlock permanent upgrades that completely change the way you approach the game.

The Mirror of Night only has a select few upgrades that are available. However, you can unlock more by spending Chthonic Keys. In turn, you’ll see even more perks that you can acquire using Darkness Crystals.

You can see the basic (red) upgrades below: 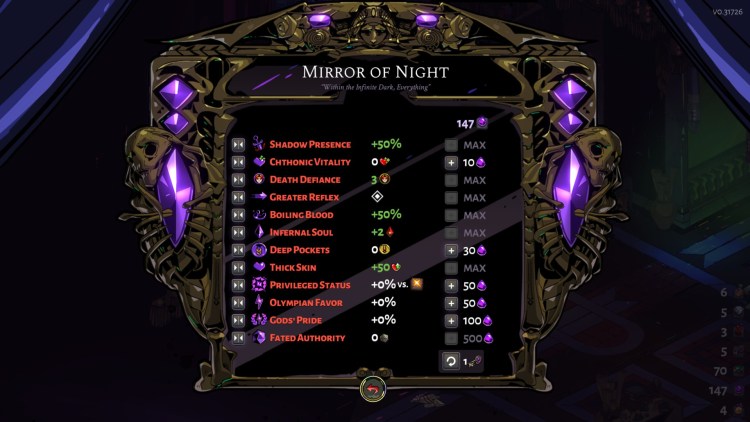 Let’s say that you’ve progressed further in Hades and you’ve amassed more keys, you can then obtain the alternative (yellow) versions of those upgrades: Just keep these details in mind:

Below is a table of all the Mirror of Night upgrades in Hades:

Note: You can reset all the Mirror of Night upgrades you’ve obtained (and refund all the Darkness Crystals you’ve spent) by using one Chthonic Key.

Given the exorbitant amounts necessary to unlock all Mirror of Night upgrades, it would be highly unrealistic to expect all Hades players to obtain them all. That effort would take countless hours just to complete.

Instead, try to focus on the perks that will be useful all throughout such as “Death Defiance,” “Greater Reflex,” “Thick Skin,” and “Infernal Soul.” Meanwhile, “Shadow Presence” and “Boiling Blood” can be your later picks once you’ve obtained the necessary ones. These are all basic upgrades and, in my opinion, the only alternative upgrade that’s helpful would be “Gods’ Legacy.” Another perk, “Family Favorite,” could be useful, though it’s extremely dependent on RNG unless you’ve got a lot of rerolls via “Fated Authority” or “Fated Persuasion.”

In any case, here are my ideal selections while progressing through Hades campaign: 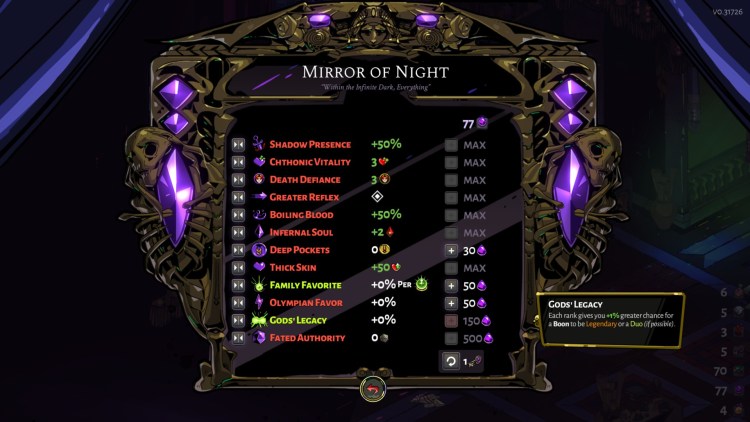 The Fated List of Minor Prophecies is a feature unlocked via the House Contractor in the House of Hades. You’ll find it on a desk next to the Mirror of Night. Think of this as an “achievement list” or “bucket list” of sorts.

These tasks and tallies are all related to your progression in Hades, whether it’s the number of gods you’ve met, the types of skills you’ve obtained, certain sidequests that have been completed, or beating the final boss for the first time. Completing the requirements will net you with cool rewards. 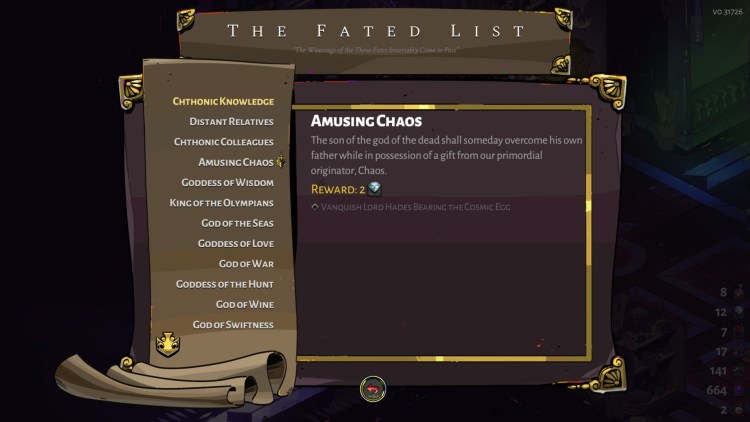 Here are some examples:

While you’re exploring Hades‘ underworld, be on the lookout for skills/boons with a scroll icon and tooltips that say the following:

“Fated Choice: One of the Prophecies in the Fated List indicates you will choose this.”

It implies that selecting a certain boon/skill might be related to a particular tally. If you can manage, try to pick that to cross that off your bucket list. 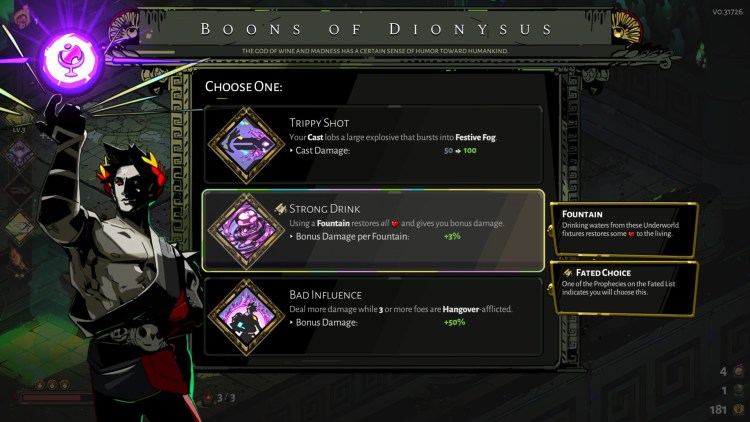 The last part we need to discuss about the House of Hades is the training room where you can find your Infernal Arms and unlock new weapon aspects.