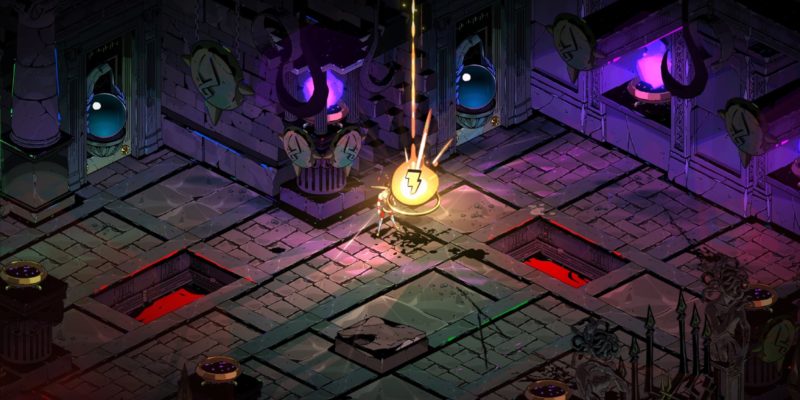 Tiers and types of boons

Let’s delve into how Hades‘ skills and boons system works. What you’ll notice is that each time you encounter a god’s symbol, you’ve got three to choose from. So, what exactly are they?

First, let’s talk about the tiers of boons. Boons have two main tiers:

In most cases, the first boon you pick up in your Hades romp will have tier 1 selections. That’s fine since you’ll need some improvements to your default actions anyway. A few rooms later, you’ll probably end up finding some tier 2 boons that offer increased utility or support.

Note 2: The boons you obtain in Hades will not be drastically altered if you’re using different weapons in successive runs. For instance, Artemis’ True Shot will still have the same effect whether you’re using the Stygian Blade (default weapon), the Twin Fists of Malphon, or the Adamant Rail. 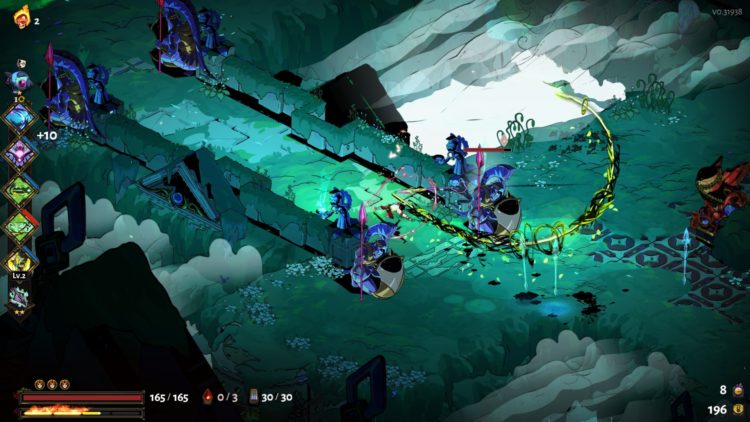 Next, let’s discuss level vs. rarity: 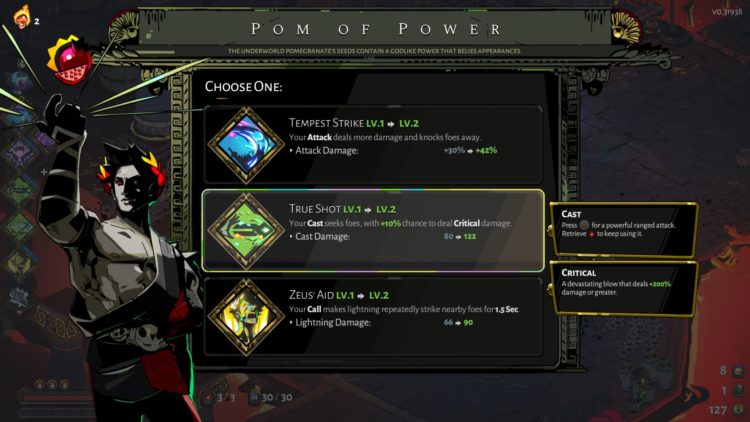 What does that even mean? Well, let’s look at Artemis’ True Shot skill again:

Note: There’s also an even rarer version of existing boons — Heroic — which we discuss separately. 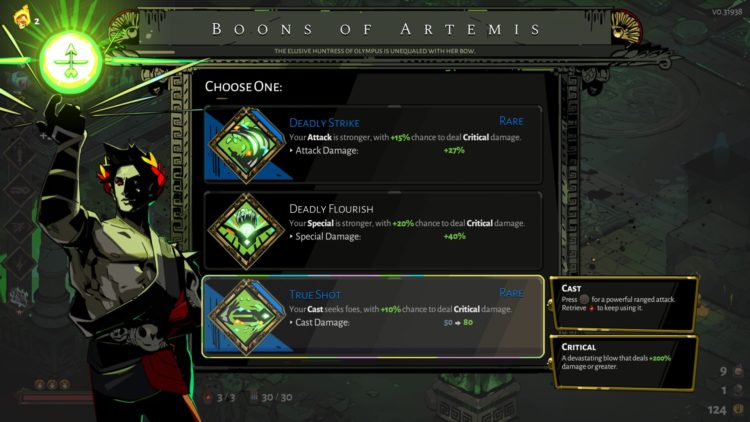 Finally, there are special Duo boons that can only be obtained by having tier 1 skills from two different gods. Hades currently has eight Olympian gods that follow this system.

For instance, let’s say you have Artemis’ True Shot (a tier 1 boon). If you picked up Ares’ tier 1 casting skill (Slicing Shot), then the Hunting Blade Duo boon has a chance of appearing the next time either of their symbols are present as room rewards.

Note: In order to increase the chances of receiving better boons, you’ll want to have certain Olympian Keepsakes, the “Favor” suffix/boon from Primordial Chaos, the Yarn of Ariadne from the Well of Charon, Eurydice’s blessings, or Dionysus’ and Poseidon’s Duo skill. The chances are also increased if the boon is a reward from a Trial of the Gods or Infernal Gates of Erebus encounter. 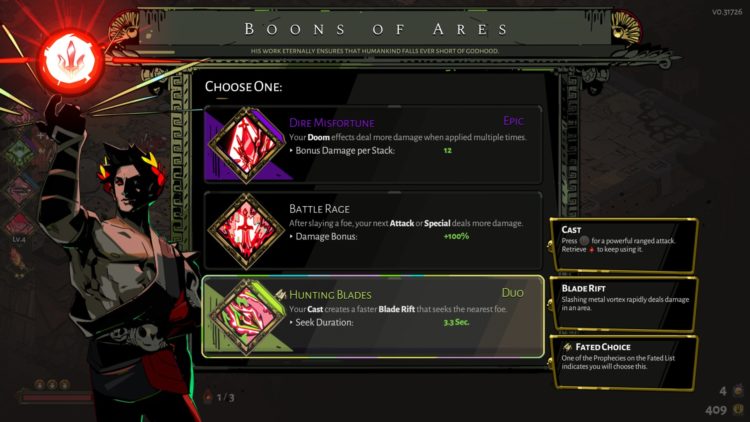 From here, let’s go more in-depth regarding Legendary, Heroic, and Duo boons, as well as the Call Aid or “super” ability — aka. the more advanced stuff. Alternatively, you can take a look at Aphrodite’s skills or head back to the main page to check out what the other Olympians have in store for you.

By Kurt Perry25 mins ago
Guides