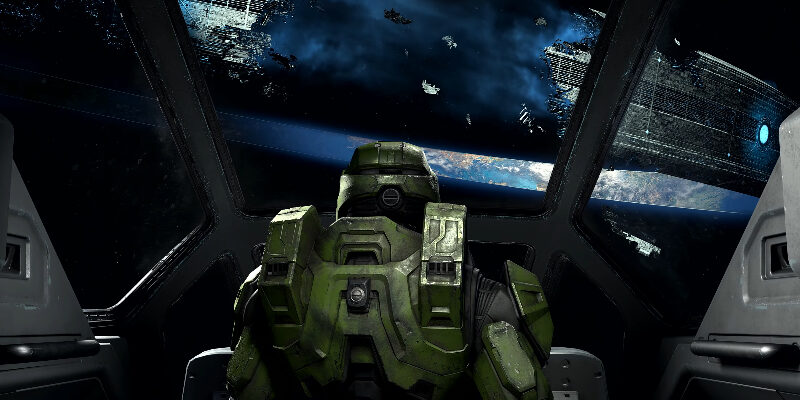 More than a year ago, 343 Industries premiered the Halo Infinite campaign for the first time. Although there were positives, many fans were concerned about how rough around the edges it looked. The shooter was then delayed, and fans had to wait eagerly to see what improvements had been made. But that wait is now over, and 343 Industries has revealed exactly what the Halo Infinite Campaign has to offer in its new trailer.

The Campaign Overview video gives gamers a taste of what’s to come. It provides a general overview of Infinite‘s story explaining that Master Chief is tasked with defeating The Banished. He is not alone in this quest aided by a new AI, The Weapon, and Echo 216’s pilot. The Banished have taken over Installation 07, also known as Zeta Halo, which acts as the main setting of Halo Infinite. If Chief and his team can’t take control back then humanity’s fate is at risk.

Fans have plenty to look forward to with this showcase promising an awful lot. According to the Halo Infinite Overview trailer, this will be the “biggest campaign to date.” Furthermore, it claims to offer the “most adventure-filled Halo experience yet.”

Mechanics wise Halo Infinite introduces several new features for players to interact with. Amongst these is a technology tree that players can use to upgrade their equipment. An example is Escape Velocity, an upgrade to the Thruster that triggers a personal camouflage cloak for four seconds when used.

Halo Infinite will not be a fully open-world game but features aspects similar to one. There is an overworld map, checkpoints can be set, and various side objectives are scattered around the world. You won’t be able to freely explore but there is the option to go back and re-explore already visited areas.

If this sounds like something you’d be interested in then there’s good news. You can already pre-purchase Halo Infinite on Steam ahead of its December 8 release. Or if you’re not completely convinced and want to try it out consider subscribing to Xbox Game Pass for PC, where Infinite will be available at launch.