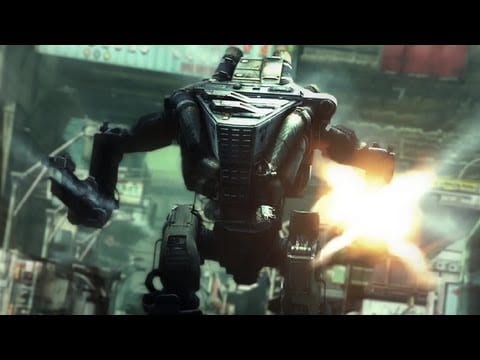 HAWKEN didn’t quite make a final release this month following a delay but the open beta is now live for budding shooter and mech gamers.

Feedback from HAWKEN closed beta and alpha testers has been taken into account for the launch of the open beta and there are a stack of updates and changes to the game. Some of the new features include countermeasures, new camouflages, new chasis, tutorials and more (see the full patch notes).

Probably the most fun game mode is the Siege mode and there has been changes made with energy requirements to launch a battleship reducing over time, only one battleship can be active and it also stops outside an enemy base and does damage to it. Bases also now have a health bar. This the initial update to the Siege mode and more improvements will be added in what they call Siege Mode 2.o

A new producer’s letter to the community has also been posted giving further details on future plans such as dedicated servers, Clan support and more.

You can join the open Beta by heading to this page on the official website.