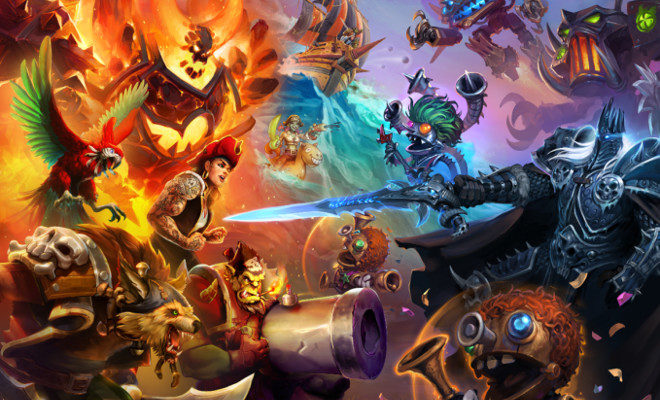 Blizzard’s Hearthstone Felfire Festival is about to start, bringing new battlegrounds, events, the Trial by Felfire story, and rewards. The Felfire Festival kicks off on June 9 with a massive update to Battlegrounds, bringing 17 new minions and 4 new heroes, including a reprise of the pirate demon Patches the Pirate — with a “swashbuckling” new Hero Power. The minions are free to all players, and Tavern Pass holders gain early access to the heroes.

Trial by Felfire, a brand new story adventure, is being introduced on June 17. This five-chapter adventure follows the story of Aranna Starseeker and is free for all players. Aranna becomes an early-access hero on June 16 but officially becomes available on June 30. Aranna assembles a group of outcasts and teams up with Illadin and his Demon Hunters to take on a new threat: Mecha-Jaraxxus and his Rusted Legion.

June 24 adds new challenges with Outland-themed raid bosses, as well as the return of the Burndown Tavern Brawl. In this brawl, you’ll each take control of a random deck, and the loser of each brawl gets their opponent’s deck for the next match.

The Felfire Festival continues with the Rumbledome Tavern Brawl on July 1. This brawl follows the theme of the story adventure Trial by Felfire, as players will choose Outland henchmen and compete for a place in Mecha-Jaraxxus’ Rusted Legion.

Completing the Trial by Felfire solo adventure will reward players with the Rusted Legion Card Back reward, while completing its challenges will reward the Golden Kael’thas Sunstrider card. Legendary quests reward up to nine card packs from Year of the Dragon and Ashes of Outland. The Burndown and Rumpledome Brawls reward a Classic Pack.

Laura Shortridge-Scott
Laura knows just a little too much about the lore of her favourite games than is healthy. On the rare occasion when she can't be found in Azeroth, it's usually because some other RPG has caught her attention.