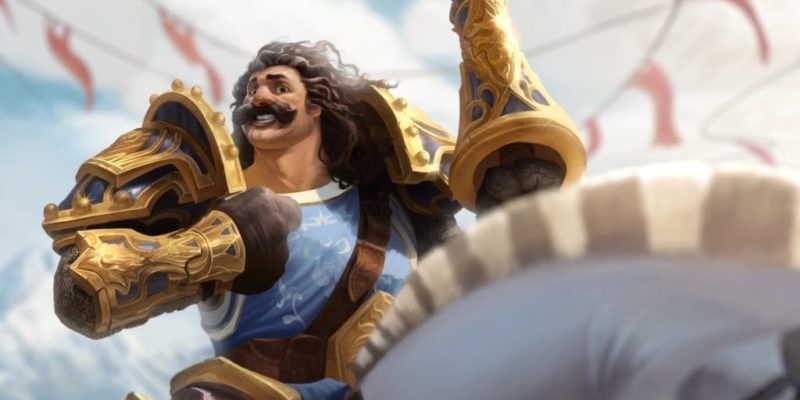 The Grand Tournament, Hearthstone’s second expansion, will debut in August. What began as a way of finding champions who could take on Azeroth’s greatest villains has become a more jovial affair; Ogres, Dragons, Pirates, and even Murlocs send their finest knights to show off – all in the name of fun!

The Grand Tournament brings with it 132 new cards, and a new minion keyword: Inspire. Utilizing your Hero Power while a minion with Inspire is on the board will result in any of a number of effects meant to give you a slight boost.

Speaking of cards, 132 is a pretty hefty addition to the Hearthstone library, and we’re willing to bet that some of you want to get your hands on them already. Blizzard is offering the opportunity to pre-purchase 50 Grand Tournament card packs and a shiny new card back for $49.99. Unfortunately, you can’t peek at the cards you get in this bundle until The Grand Tournament launches next month.

Warlocks vs. Shadows Is Getting An EDM Warlock