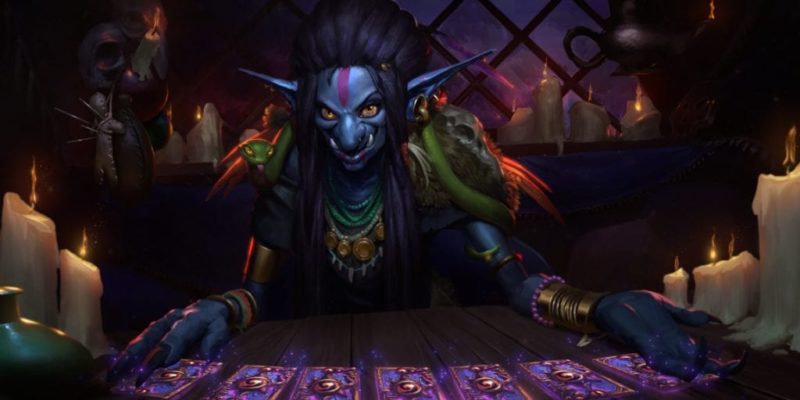 Blizzard’s latest expansion for Hearthstone has been revealed as Whisper of the Old Gods.

This new instalment in the card game series promises “great power” with a total of 134 new cards available with “corrupted” versions of cards players will have seen before. These cards are special and are “steeped in the insidious influence of the Old Gods”.

Four Legendary Old Gods cards from Warcraft lore will be added including C’Thun, Yogg-Saron, Y’Shaarj, and N’Zoth. Players will received C’Thun and an Occultist card when they open the Old Gods card pack.

The expansion is also the start of Blizzard’s card rotation with the Curse of Naxxramas and Goblins v Gnomes expansions being removed from the new “Standard” format game mode. The other mode is called “Wild” which is what players are currently used to playing.

Next week Blizzard will patch the game with a new user interface, a further nine deck slots and Deck Recipes.

Whispers of the Old Gods pre-orders start on 14 March with a 50-pack bundle costing $49.99. The expansion is set for release some time around late April or Early May and will be available via the in-game Shop for either gold or real money.

The official site has been updated with more information and examples of cards players can expect to find in the new expansion.

EverQuest Next cancelled by Daybreak

By Sam Robins19 mins ago
Hardware