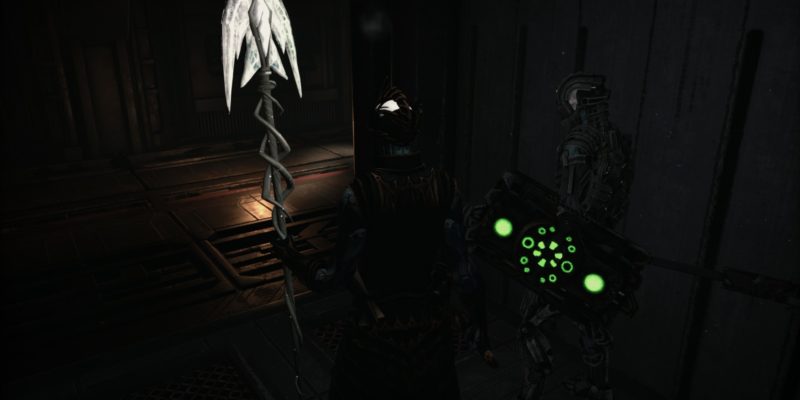 The Architect is a character you’ll meet during your journey in Hellpoint. The robotic NPC is looking for a pal and you could obtain the Architect’s armor set while you’re at it. Here’s our guide to help you out. 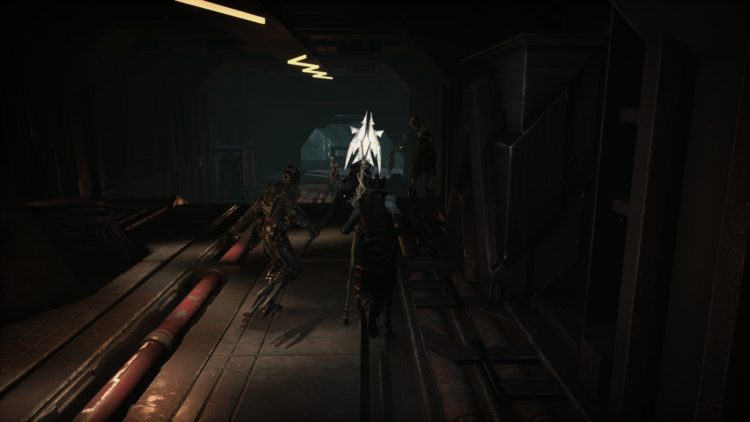 Your first goal if you want to obtain the Architect’s armor set in Hellpoint is to reach Sohn District. The narrow and dingy streets will eventually lead you to a boss fight against the Arisen Congregators. I want the Hellpoint community to dub them the “Douchebag Twins” because these two are very annoying opponents early in the game. 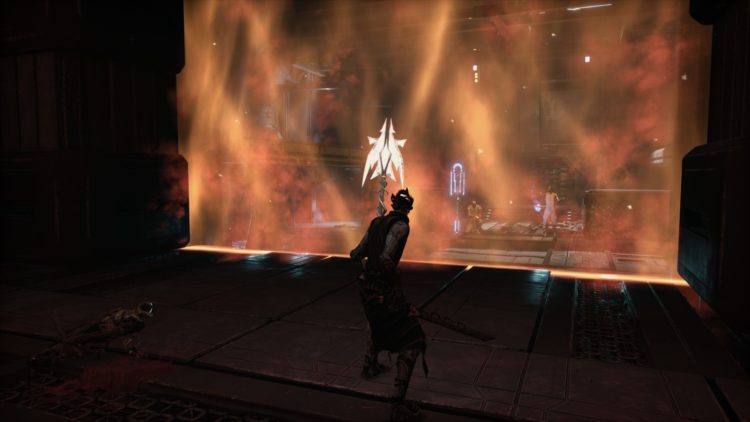 Anyway, after taking them out, you’ll eventually reach an area that looks like a spaceport. 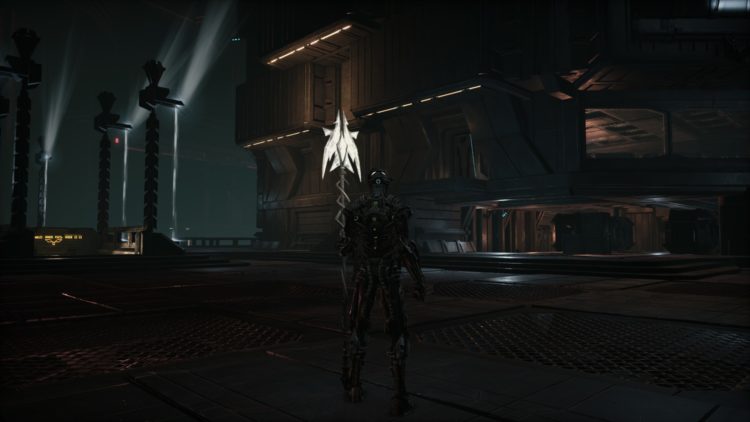 You’ll find the Architect inside the control room. 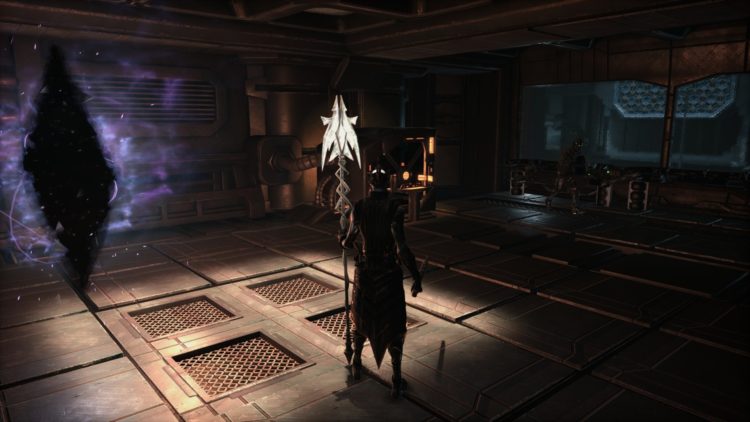 You can speak with him about a number of subjects and, heck, you could even kill him immediately (to get a weaker “Bloodied” armor set). Alternatively, you could help him reach his workshop.

Note: As far as I know, these options become available once you’ve learned more about the main story/lore in Hellpoint. Some of these plot devices are found when you interact with various lore fragments in the game (ie. handprints, books, writings, glyphs). The problem is that there’s a lot of them, and they’re often too cryptic, so it’s hard to keep track. 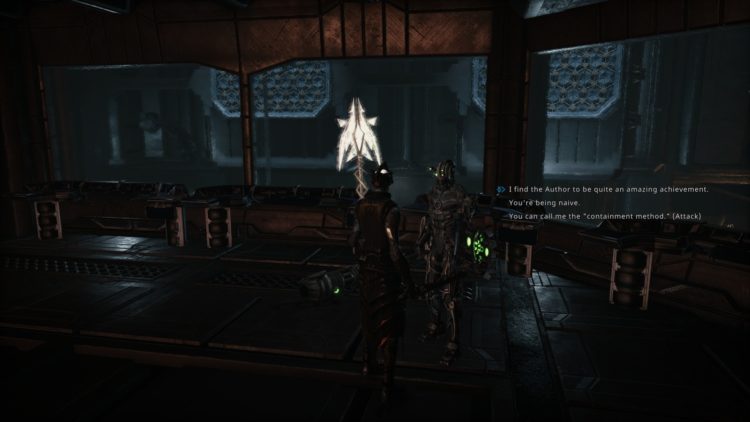 The Architect’s loose movement in The Bowels

If you decide to help him out, you’ll go on a quick adventure to the Bowels (another area that’s connected to Sohn District). You’ll have to use the nearby elevator to get there. 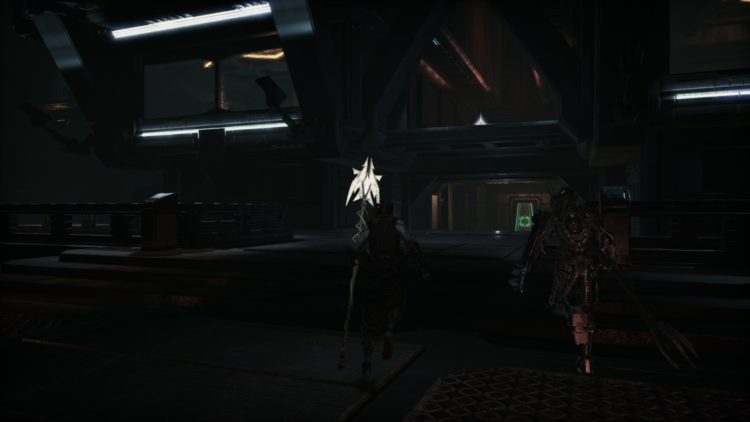 The Architect’s AI is clunky. He tells you to “follow him,” but he could end up just standing around. Then again, he’d sometimes run off and aggro a lot of mobs too. Likewise, he’s not invincible, and his corpse will only net you the weaker armor set.

Note: If the Architect dies, simply hit Alt+F4 and reload your save. This’ll bring you back to the spaceport if you saved beforehand. 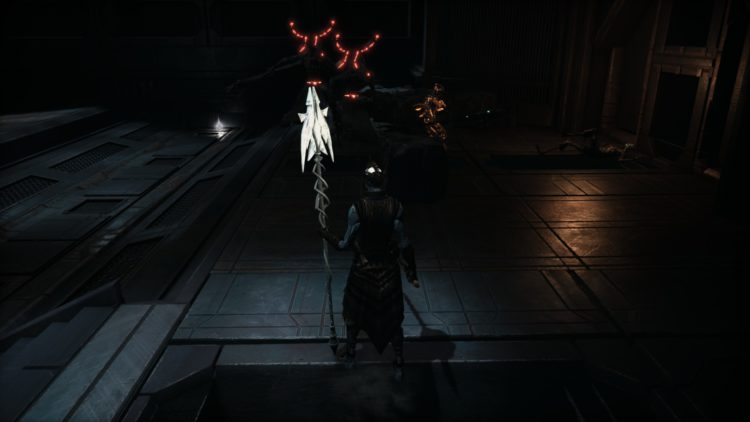 Anyway, follow the dark tunnels until you reach a lift. There’s a Transporter (raptor) mob here that’s very aggressive, and it could kill the Architect easily. 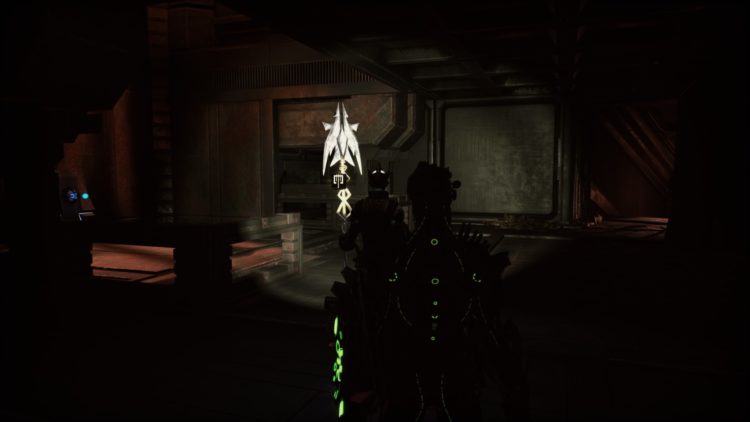 Take the elevator up and you’ll reach a room with three doorways. I’ve marked them down below.

Note: If you speak to the Architect, he says that he’ll rest for a while. Now would be a good time to kill nearby mobs so he doesn’t accidentally die to them. If you speak to him a second time, he’ll run off to door #1. 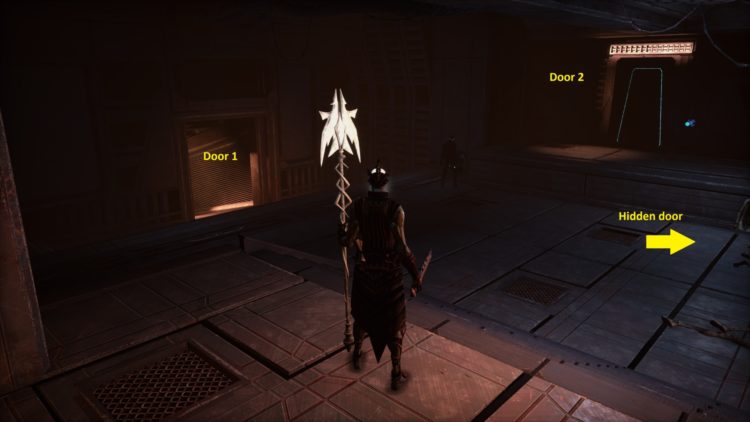 The wall here actually opens up a secret room. 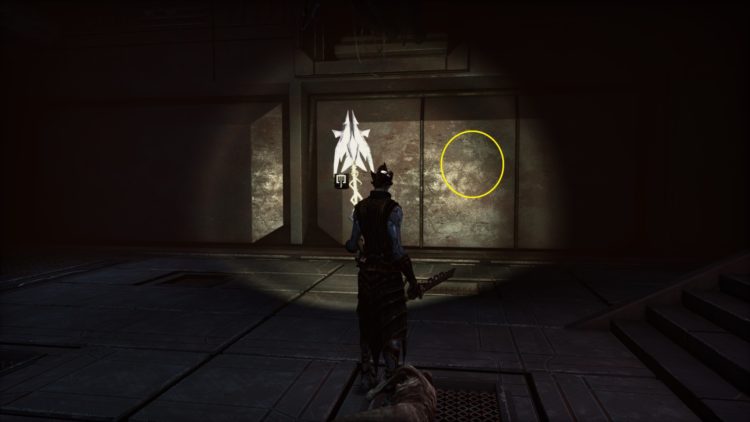 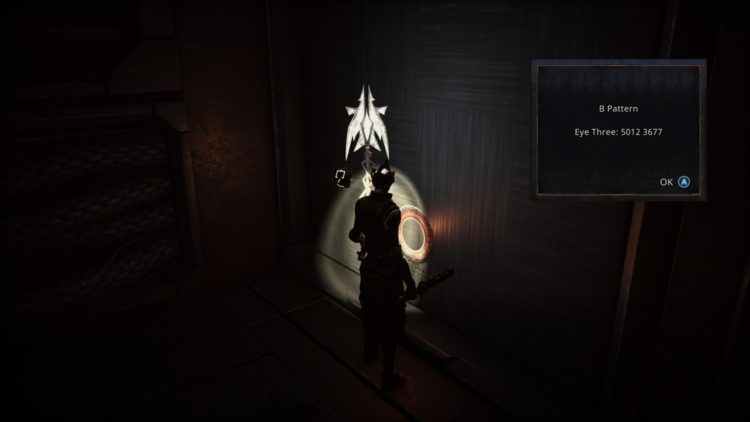 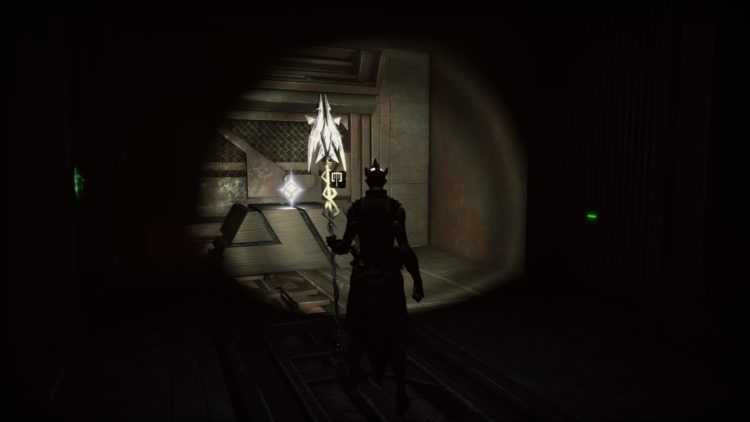 And, of course, an exit that takes you back to Sohn District and a nearby breach point: 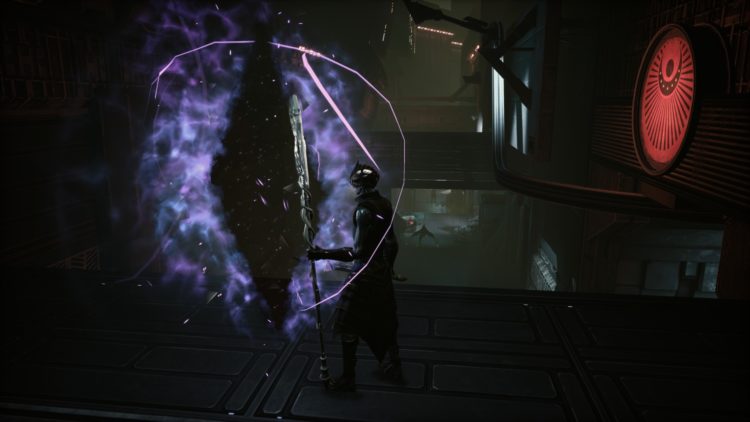 This will lead you to a rampway and a narrow corridor with a lot of piranhas. 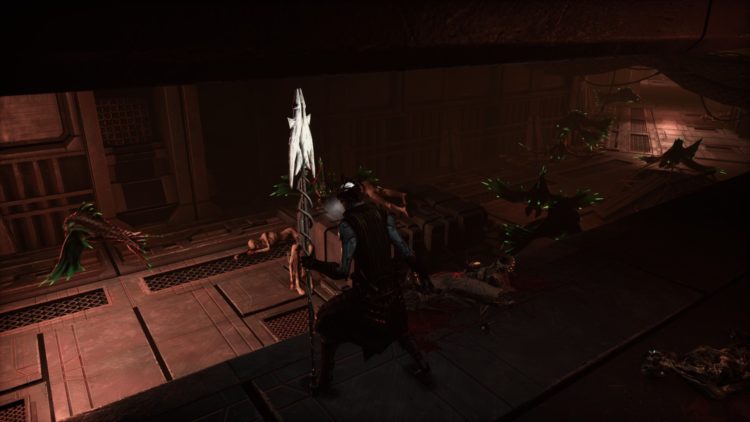 The large door also opens up to a chasm with some loot. 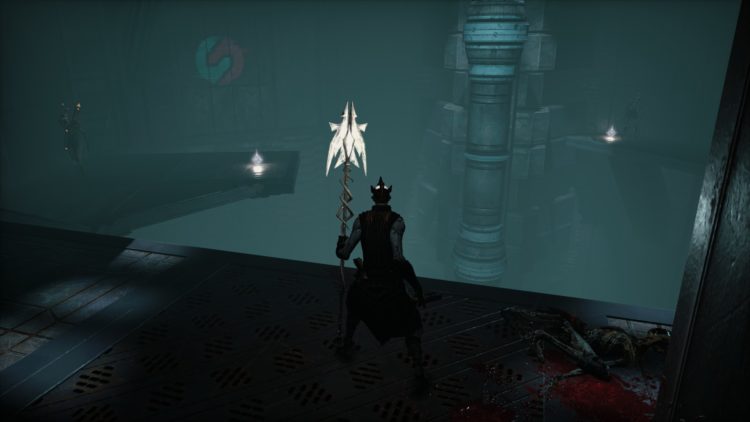 Anyway, follow the corridor until you reach a flight of stairs. You can pick up both the Bloodied (weaker) Architect armor set as well as the regular one with better stats. 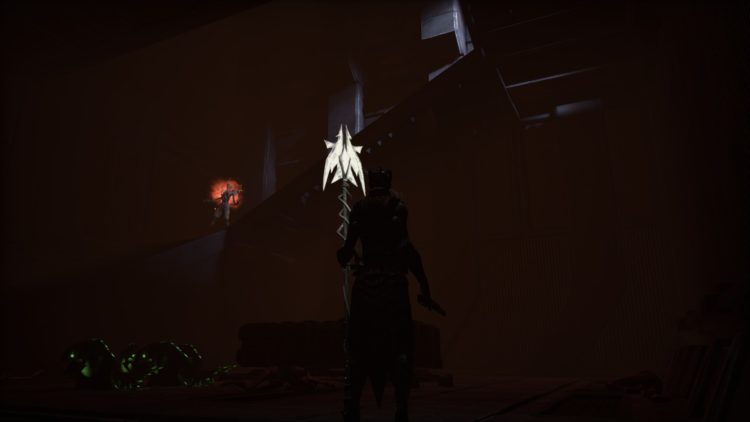 The Architect will open the door here and you’ll complete his sidequest. 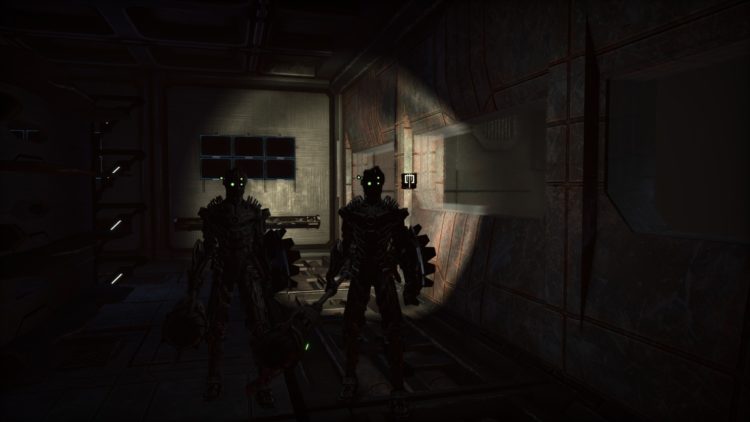 You’ll find yourself at the initial area of Sohn District if you exit the room. 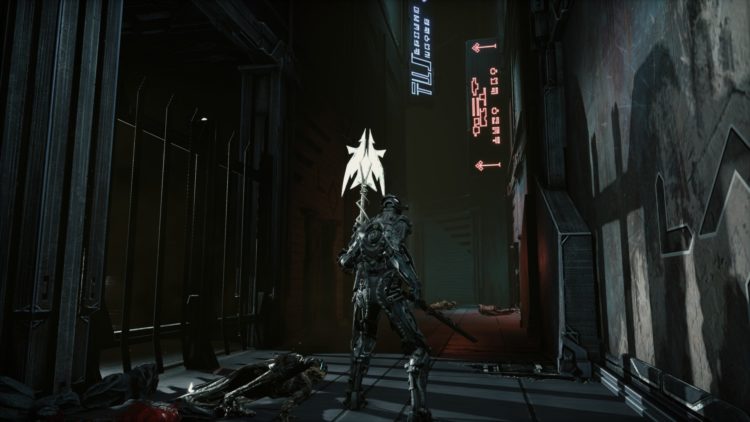 You’ll have to jump down a ledge here. That means there’s no way to return to your previous location unless you backtrack. 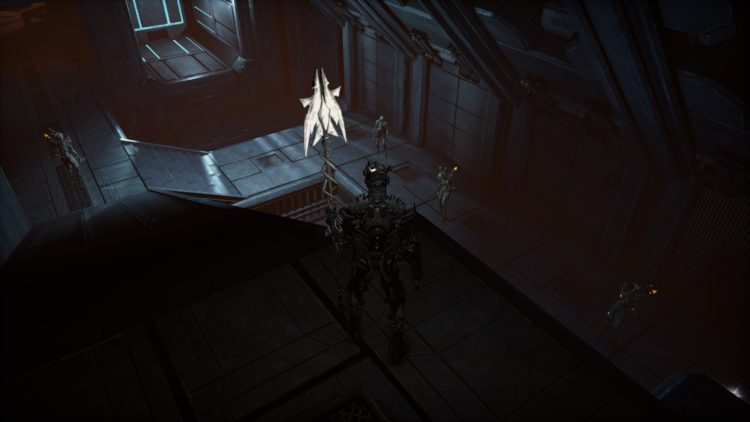 If you go through with it, there are a few zombie and demon mobs to encounter, as well as some loot. 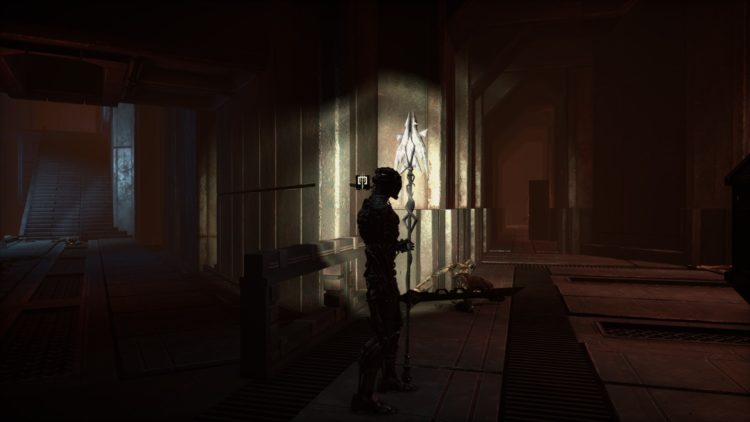 There’s a stairwell at the other side of this chamber that leads to a Diamond Ingot, Inselium Rod, and an Omnicube Defense System. 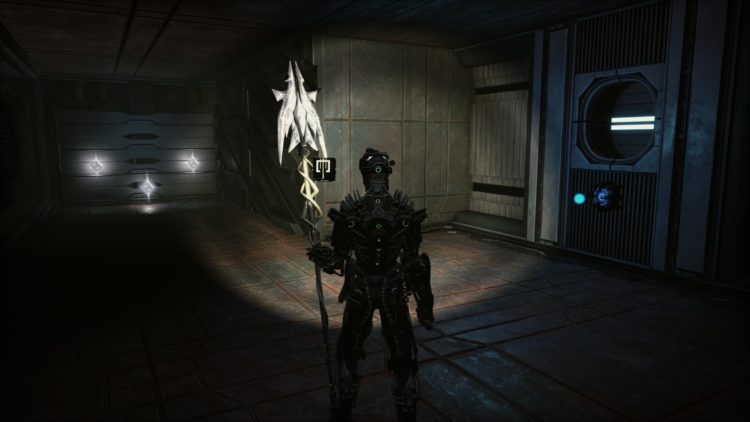 The exit also takes you to the rooftop area of Sohn District. 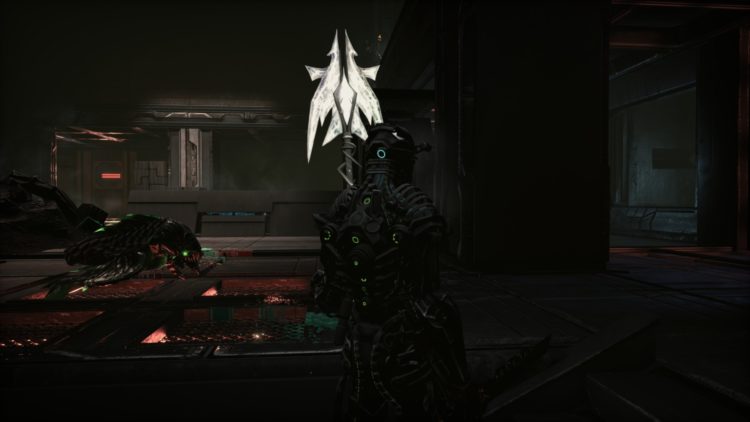 Is the Architect armor any good?

The Architect armor set requires 6 STR and 10 COG to avoid penalties. It has somewhat low resistance stats (at least compared to heavier armor types). At the very least, it’s lightweight so you can equip some hard-hitting weapons like staves, columns/spears, or defensive gear like shields. 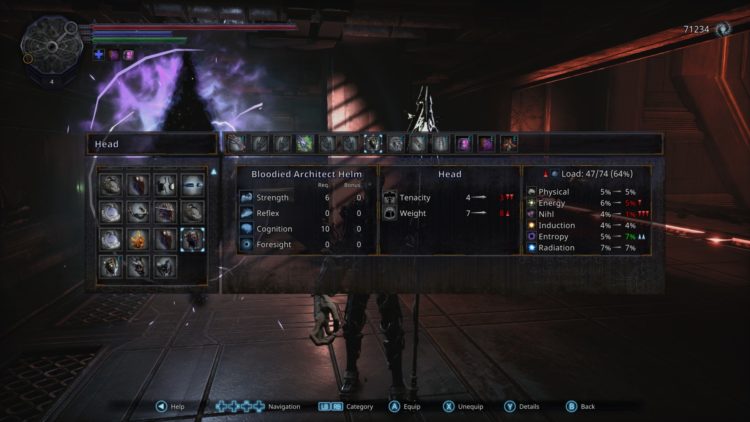 The main goal here, however, is to make sure that the Architect’s sidequest is completed. That way, he can tell you to meet him in the Observatory to plan your escape.

Much later after you’ve completed other requirements, the Architect will return the favor. His efforts will unlock Hellpoint‘s final boss so you can reach the true ending. 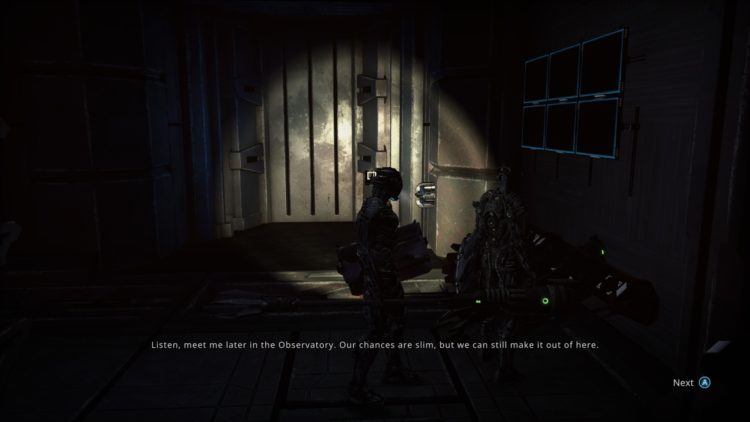 By Lauren Sayles48 mins ago
Guides