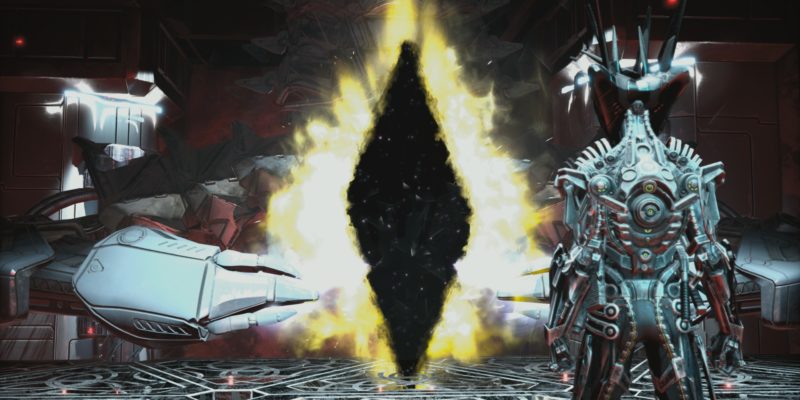 It looks like Hellpoint is hiding one more secret deep in the Irid Novo. It’s the game’s (real) final boss and the true ending. Here’s our guide to help you out. Oh, and before we continue, don’t forget that there will be major spoilers.

Hellpoint: Getting the true ending

Initially, I thought Hellpoint only had the High Ateliers zone and the Interface boss fight as the game’s last challenge. It made sense since you needed to attain 100% completion first.

Then, I learned more from a video by YouTuber Rubhen925 (seen below). In it, he mentioned that Hellpoint has a final boss, but it was bugged at the time — it merely led to an infinite loading screen.

Recently, however, I was informed that the bug was already fixed for PC players. So, I decided to give it another go.

We have a few goals to keep in mind:

Tell the Architect that you’ve completed the requirements and he’ll say that you should meet up at High Ateliers just before the Interface’s chamber. 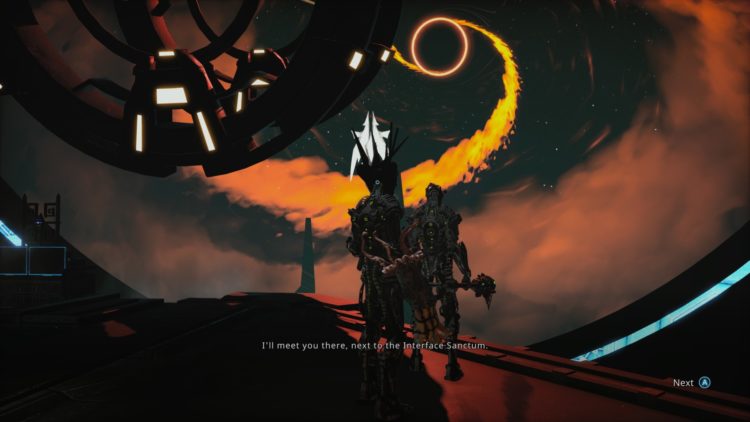 High Ateliers and the Interface boss

Once you’ve reached the High Ateliers zone, head to the room just before the Interface boss fight. Look to your left and you’ll see a small section that’s sealed off by metal bars (it looks like a cage). The Architect is inside and you can speak with him. He’s planning on injecting a program that’ll help the two of you escape. But, you still need to fight the Interface boss. 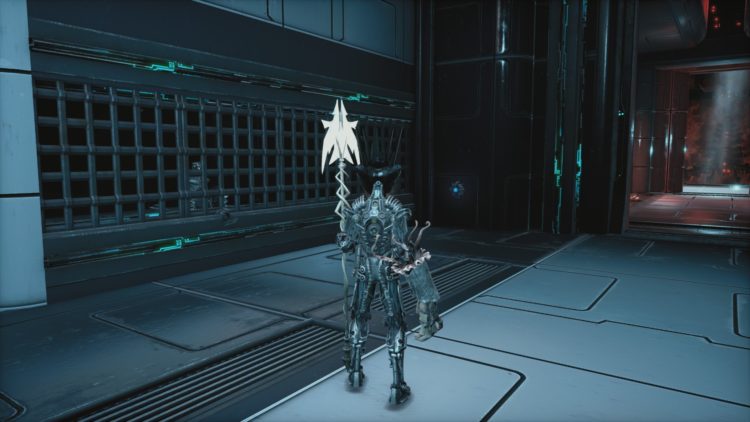 Note: The Architect NPC is a bit hard to spot in that corner. If you weren’t able to speak with him and you went straight to the Architect boss fight, the “true ending” path won’t be available. Anyway, you can check out our High Ateliers and Interface boss guide if you need help with this location/encounter. 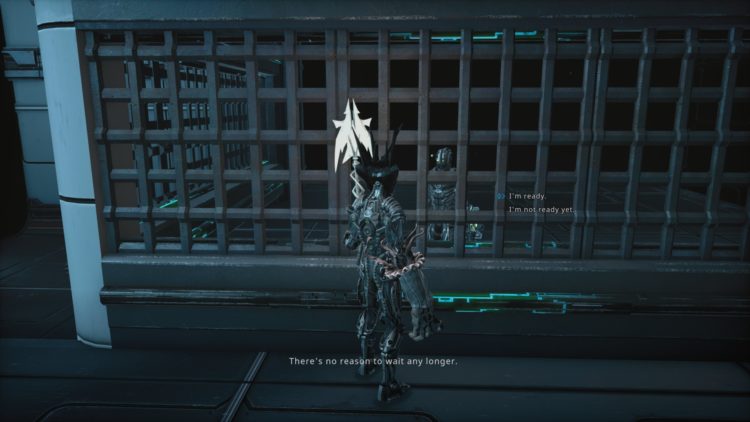 Once the Interface is defeated, it’ll spawn a golden portal that you can go through. This is what the Architect meant by “escaping.”

This portal will take you to a zone called “Outside Space and Time.” You’ll then battle the Sentient, Hellpoint‘s (true) final boss. 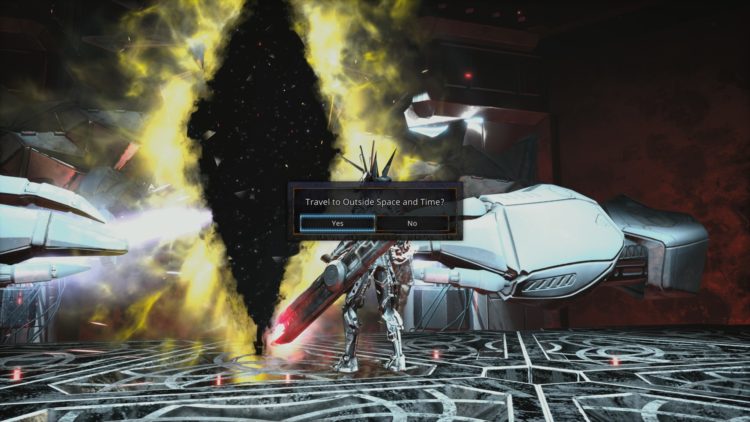 This fight takes place in outer space although your character is free to move as if you’re still on solid ground. The problem? Your health will slowly deplete which means you’ll want to wear your EVA Suit. 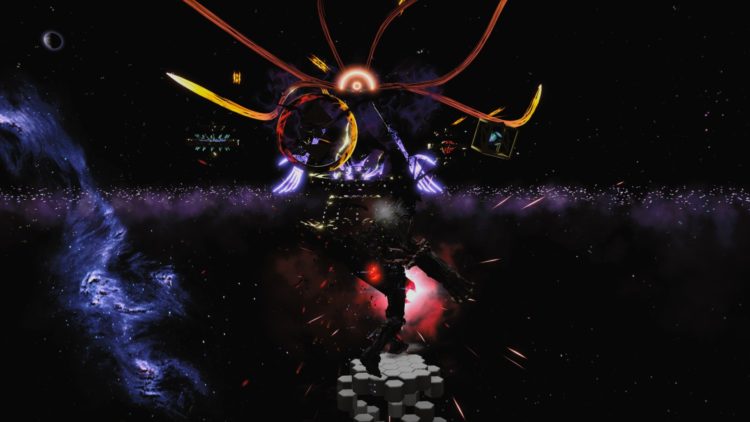 The Sentient boss has several punishing attacks. First, the cubes surrounding it will periodically fire lasers (which can cause status ailments).

Next, it can cast a vortex blast that erupts underneath you. This spell has a wide coverage and can sometimes be cast along your path. You could even get sandwiched between two of these. 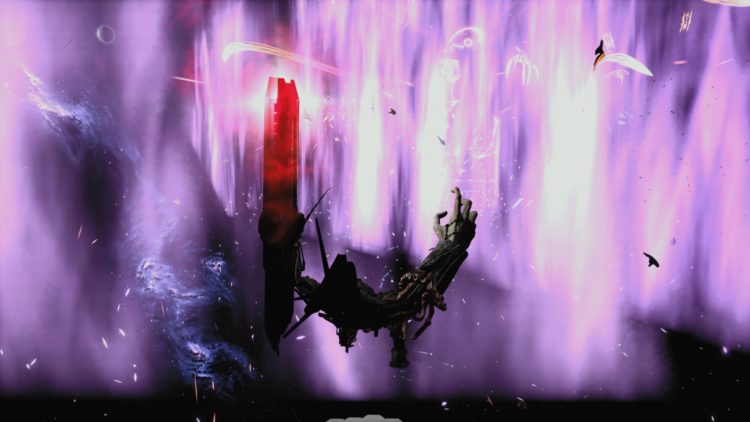 The Sentient also summons purple pools underneath you which will explode after a second. Lastly, it’s got a shockwave slam that travels the entire boss fight arena. 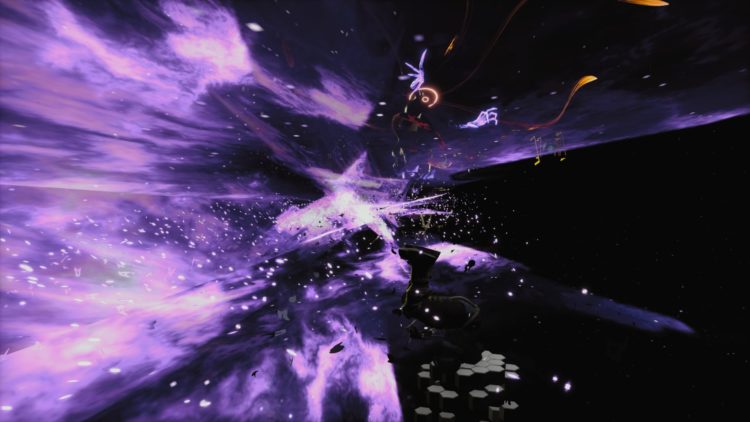 I actually had to retry a few times here because I was trying to learn its attacks. The good news is that you’ll respawn immediately in front of the Sentient boss, so there’s no need to fight the Interface again. You could practice a bit or change your equipment in between some retries if that’s what you want. 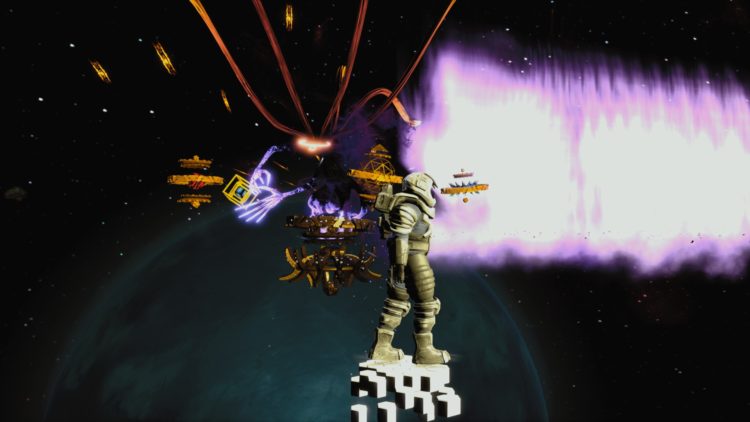 In my case, I eventually realized that trying to blast it and avoid attacks from afar weren’t helping. Instead, it was a lot better to just maul this entity to death with melee attacks or use ranged weapons. Weapons like the Hedron of Light or Channeler variants (with their maxed out “energy wall” ability) also work wonders as long as you’re close. Another reason is that the Sentient’s vortex wave is cast further outwards — it won’t hit you if you’re close enough. 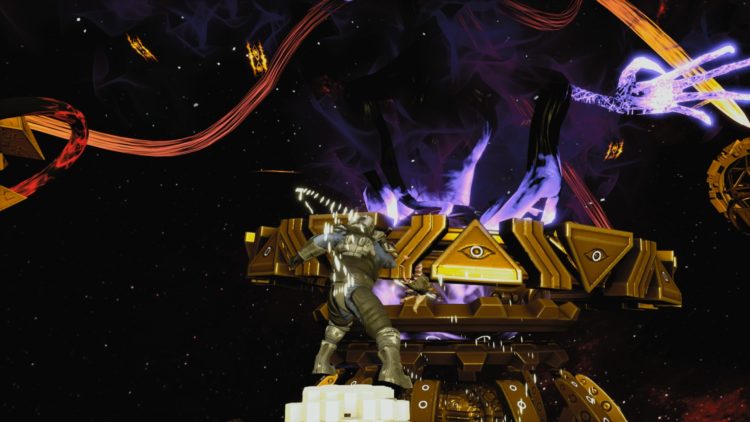 The only things you need to worry about are the “tickle lasers,” the ground bombs, and the shockwave. Oh, and all of these could be dodged as well (so you can get some sweet iFrames).

Anyway, just beware since the Sentient will teleport around at certain thresholds. Always try to close the distance as quickly as you can. 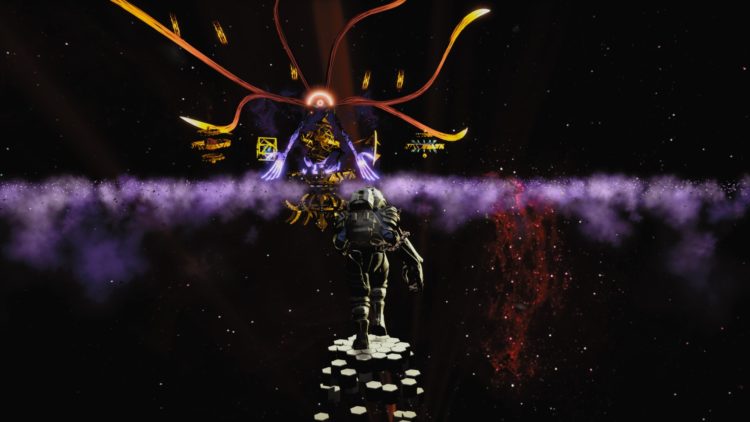 When the Sentient final boss has been defeated, you’ll be treated to Hellpoint‘s true ending. The camera will pan to your character and show a close-up view while you’re atop a contraption. Then, you’ll get the “Thank you for playing”  message followed by the end credits. That’s it. 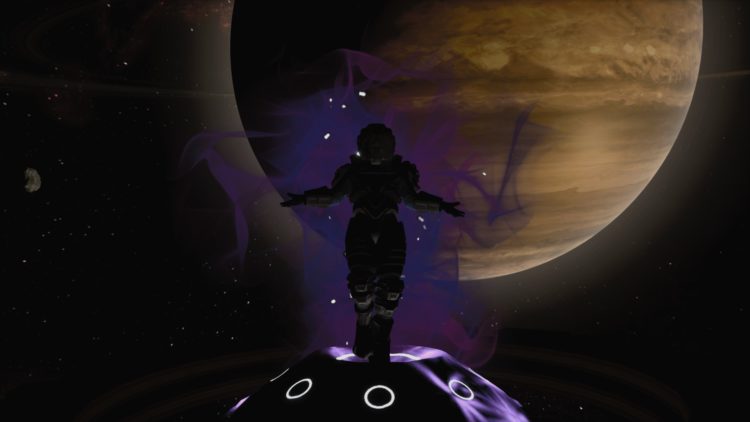 You do respawn back at the Embassy (the first area in the game). There’s a voiceover from an invisible being this time (a bit like when you initially started Hellpoint‘s campaign).

Note: I didn’t complete the Prodigal Spawn’s sidequest when I first defeated the Sentient. That might be why he didn’t appear during the fight, but I’m not certain of that. I do remember getting the same result regardless. 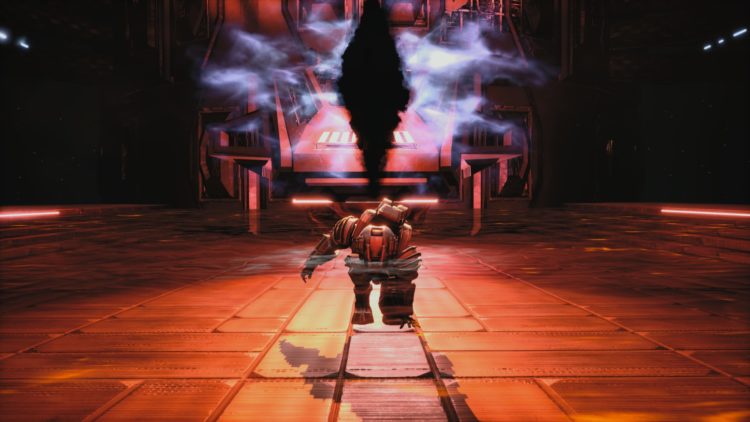 Before I forget, killing the Sentient final boss rewards you with the Soul of the Sentient material. This can be exchanged with the Sohn District vendor to obtain the Light Striker sword (Hellpoint‘s version of a lightsaber). 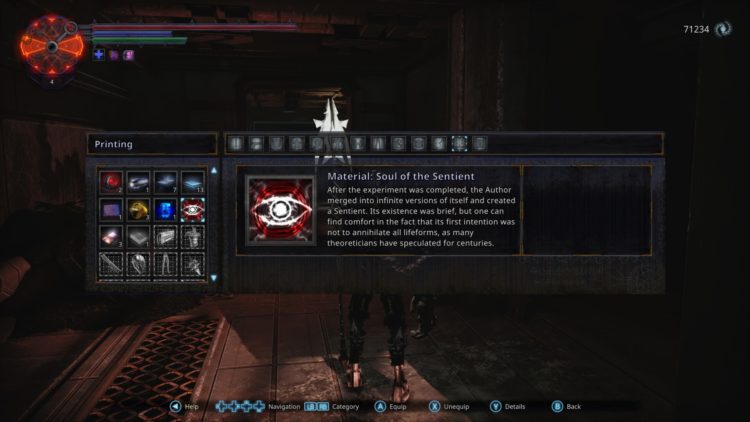 By Jason Rodriguez16 mins ago
Guides