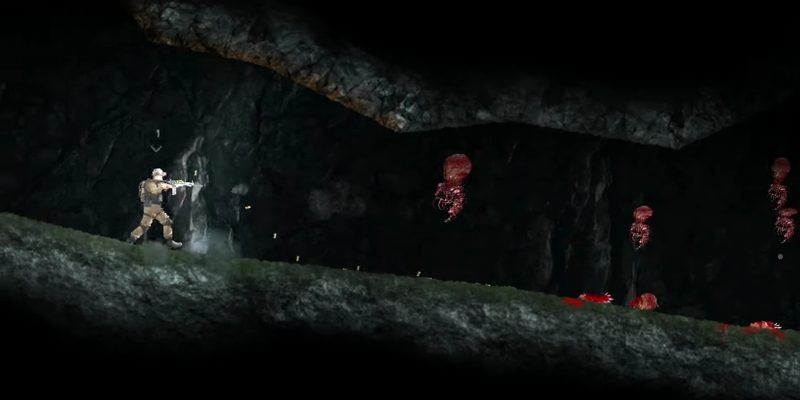 BioShock was one of the first games to introduce the horrors that could lie beneath the ocean’s surface. But what’s under the ocean itself? That horrifying question is at the core of Hidden Deep, a new title from Cogwheel Software and Daedalic Entertainment. The game, which is planned to release this year, puts players in the dark caves under the ocean, searching for a lost team of explorers. A debut trailer for Hidden Deep shows exactly what creatures players can expect to find and be hunted by.

The premise of the game is actually quite simple. Players are sent down to an undersea base in search of a missing team. What’s worrying though is that the team had not been heard from in just under two years. Still, the player’s team is sent out to explore the underwater cave systems in search of this missing team, but instead finds something entirely unexpected. There, at the bottom of the sea, is a shaft leading into an intricate laboratory.

However, getting around so far under the earth’s surface is a challenge. Players will have to use multiple tools just to move around safely, including grappling hooks and heavy machinery. Scanners can also be deployed to peer into unexplored chambers, and the ground itself can be scanned for anything that’s been missed. Of course, if there’s ever a wall of rock in the way, it can always be blown up.

But environmental hazards are nothing against the alien ones lurking underground. The facility has its secrets, one of which decided to escape. It roams around, hunting your team and trapping it. Players will have to contend with collapsing, claustrophobic rooms, deadly spiked tentacles, and strange hordes of insects. Worst of all, these creatures can go full The Thing and impersonate your own teammates. One clip shows a crew member trying to use defibrillators on another fallen one. After going in for a second charge, the victim’s chest cavity opens, revealing a mouth that bites the hands off the medic.

Suffice to say, Hidden Deep is off to a great start with an impressive and startling debut trailer. While a release date for the game hasn’t been revealed yet, it does have a page on the Steam store, which you can find here.