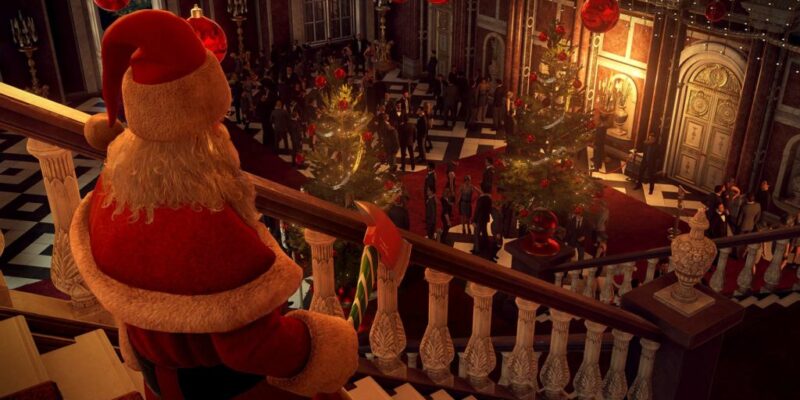 Santa 47 returns to Hitman 3 in the game’s new Christmas-themed update. This will be the final update for the excellent Hitman 3, and it will extend into January 2022. Announced by IO Interactive on November 30, this new update acts as a part of their winter roadmap for the game. Players can expect to find a new mode, targets, and a jolly look for Agent 47.

This is in keeping with the tradition of the last two Hitman games, which also received a Christmas-themed mode as a part of their winter update. The new activities are sure to bring joy and happiness to players all over the world. Well, except for the unlucky ones on Agent 47’s naughty list.

Breaking down the festive activities

The biggest part of this new update lies with the Holiday Hoarders mode. This mode should be familiar to returning Hitman players. Here, Santa 47 has two targets to take down in Paris: Harry and Marv. These two are trying to spoil Christmas, and it’s up to 47 to take them down.

The Holiday Hoarders mode comes with its own set of challenges that players can best, which will eventually unlock the Santa 47 suit for all other missions. It’ll be a bit weird to run around Dubai in a Santa Claus outfit, but Agent 47 has done weirder things in the past. This mode is now a permanent part of the game and will stay indefinitely. 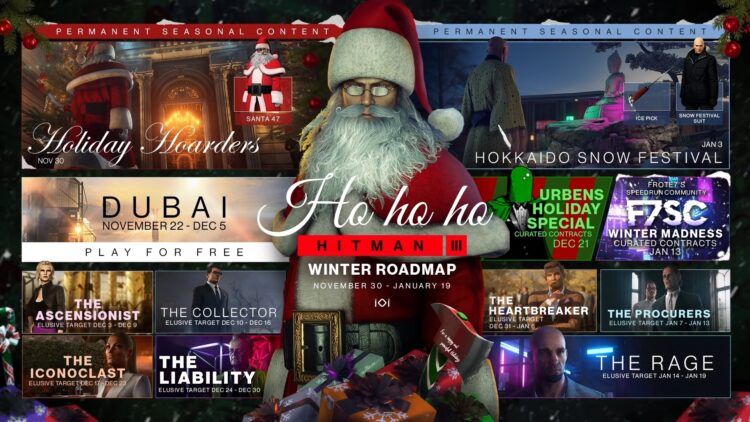 Along with the new festive mode, more elusive targets have been announced that will appear throughout December. These include The Ascensionist, The Collector, The Iconoclast and The Liability. Starting from December 3, these targets will each have a one-week time limit before they are removed and replaced with the next.

These new targets are sure to test players in new and challenging ways, so be sure to keep an eye out for them as they appear. You should also make sure to wear the Santa outfit, too, so you can show them the Christmas spirit in Agent 47’s own funny little way.