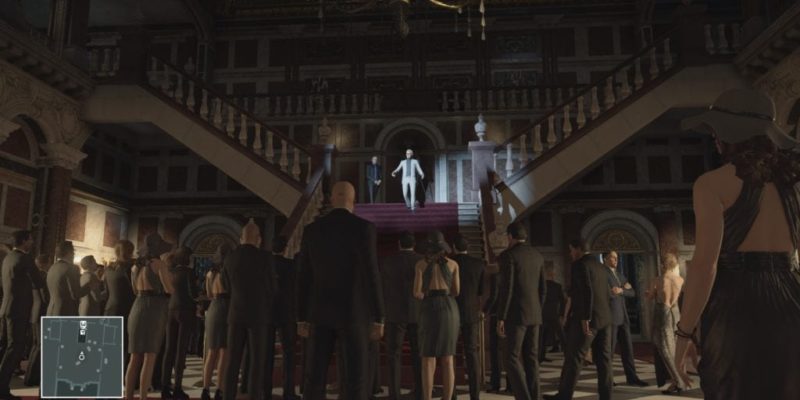 Kind of a mixed selection of news for Hitman today, as it gains some new Escalations, there’s word of an upcoming patch, and Elusive Targets are delayed. Plus, the release date for the next episode (Sapienza) and a set of Vampire Magician-centric challenges are upcoming as well.

Let’s take those things in order. The Escalations being added today go by the names The Osterman Mosaic and The Gemini Fiasco. Like previous Escalation modes, they’ll be multi-stage affairs where the hit gradually gets more and more complex (and involves more objectives).

The “coming weeks” (nothing more specific than that) will see a patch released for Hitman which, IO Interactive say, will “fix a variety of things in the game”. Patch notes are promised closer to the actual time of the update, but let’s hope a major bulletpoint on that list is “make our servers less terrible, and/or allow more offline play”.

At the same time as the patch release, the game will get ‘The Vampire Magician Challenge Pack’, featuring ten new acts of mischief to get up to while dressed as the titular vampire. The blog post heavily implies this will be free, and part of the patch.

Finally, it sounds like no Elusive Targets will be issued until “closer to the planned release of the next episode” (April). However, there will be a pair of Escalations released every week. It’s not clear if the Elusive delay is linked to the server issues the game has been having; Escalations are always-online too, but the one-shot nature of Elusives means the servers really can’t afford to crap out on people.

[Edit]: That “finally” wasn’t final, because there’s also this weird thing that’s encouraging you to choose between Gary Busey and Gary Cole to be (apparently) included in an upcoming mission.

Hyper Light Drifter gets a release date and new trailer