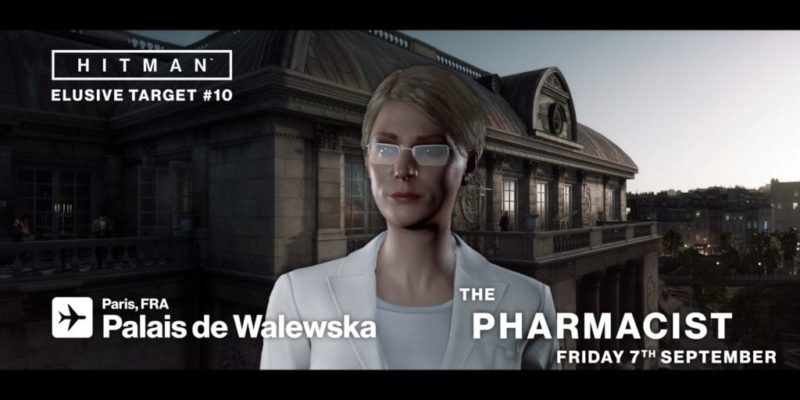 Time for Agent 47 to dust off his French phrasebook again, because he’s heading back to Paris for Hitman’s tenth Elusive Target. This time, you’re going after Nila Torvik, the head of a pharmaceutical company that produces affordable drugs for third-world nations.

That seems unusually good-natured for a Hitman target, right? Indeed it does. The company is just a cover for unofficial human drug trials on a massive scale. Not so generous after all.

The briefing video (below) suggests Torvik will be up in the auction area, but also says she’s suspecting an assassination attempt and will be “very suspicious”. Quite what that means in a mechanical sense isn’t entirely clear (quick to see through disguises? never going anywhere alone?) Despite the usual ’48 hours’ graphic in the video, you actually have seven days (168 hours) for this one. I’m not sure why it says “Friday 7 September” on the video thumbnail either; it wasn’t out last week, and Friday was the 9th.

Anyway, if this turns out to be your tenth successful Elusive Target kill, your reward will be the Blood Money suit. Here’s the trailer. Hitman’s full, fifth episode is due for release in late September.