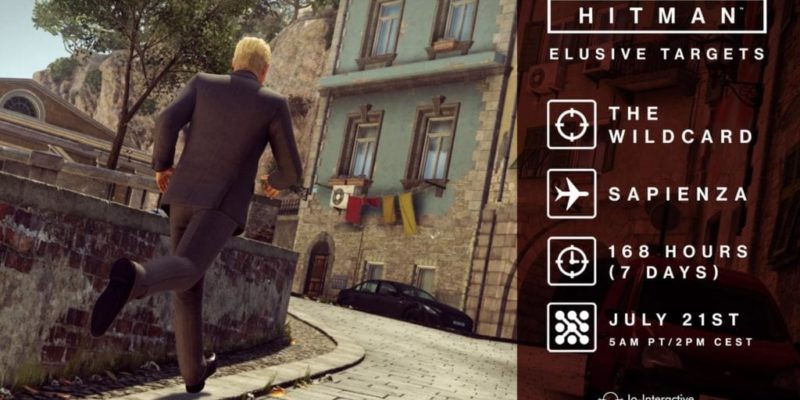 Do you remember several months ago when Hitman asked people to choose between Garys Cole and Busey for an upcoming target in the game? If not; that happened. Gary Busey won, and will be appearing in Sapienza as an Elusive Target from 21 July.

He’ll be the seventh of Hitman’s ‘elusive’ challenges, and, unusually, will be there for seven days. That’s a bit longer than the usual 72 hour period players are given. Probably because he’s famous and stuff.

Busey is codenamed ‘The Wildcard’ but there isn’t much further information about his ‘hit’ at this stage. IO Interactive are even hiding his virtual face in the promo image.

In addition to Gary Busey showing up later in the week, tomorrow (19 July) marks the release of the Hitman Summer Bonus Episode. Unless, that is, you bought all the episodes of this episodic game as … episodes. In which case you miss out, for some bizarre reason.