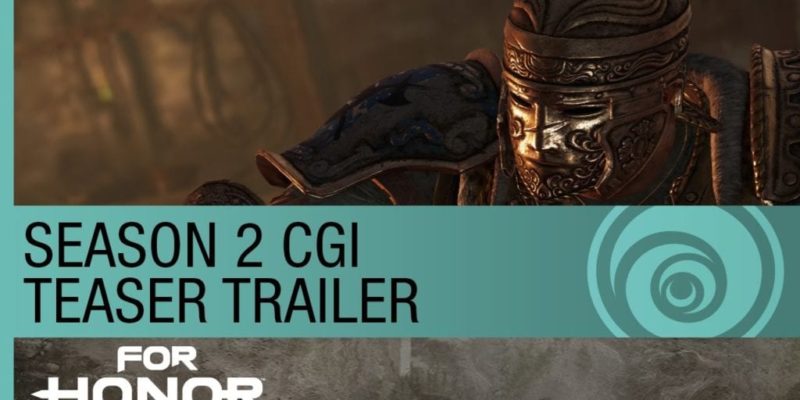 Ubisoft will continue to support For Honor through a second ‘season’, launching on 16 May. This next set of additions is being called Shadow and Might, and will include new heroes, gear, maps, and probably more things too.

It’s going to follow the same kind of system Ubisoft settled on with Rainbow Six: Siege. Those who own a For Honor Season Pass will get earlier access to the additional heroes, for free. People without a Pass will still be able to unlock the newcomers with in-game Steel (earned or purchased) from 23 May.

Maps and gameplay updates will be free for all players throughout Shadow and Might. Again, that’s the same system as Siege.

The two newly announced heroes are the Shinobi (a Samurai Assassin) and the Centurion (a Knight Hybrid). Expect the Shinobi to move with the grace of a dancer and wield a Japanese Kusarigama. He (or she) is said to “kill with precision”. The Centurion, meanwhile, is using a gladius and can “bypass enemy defenses through strategic close-quarters combat”. How that translates to move mechanics remains to be seen.

For Honor will get two new maps on 16 May as well. The names are given as Forge and Temple Garden, but that seems to be the extent of the information on those so far.

Along with all of that, Ubisoft will be introducing ‘Epic Gear’ in Season Two. This will be an additional layer of rarity to the gear and loot system, which is said to be getting an overhaul.

On PC, For Honor recently received Update 1.06. The highlights in that patch were efforts to improve connectivity and performance. Here’s a short trailer for Season Two: Shadow and Might.