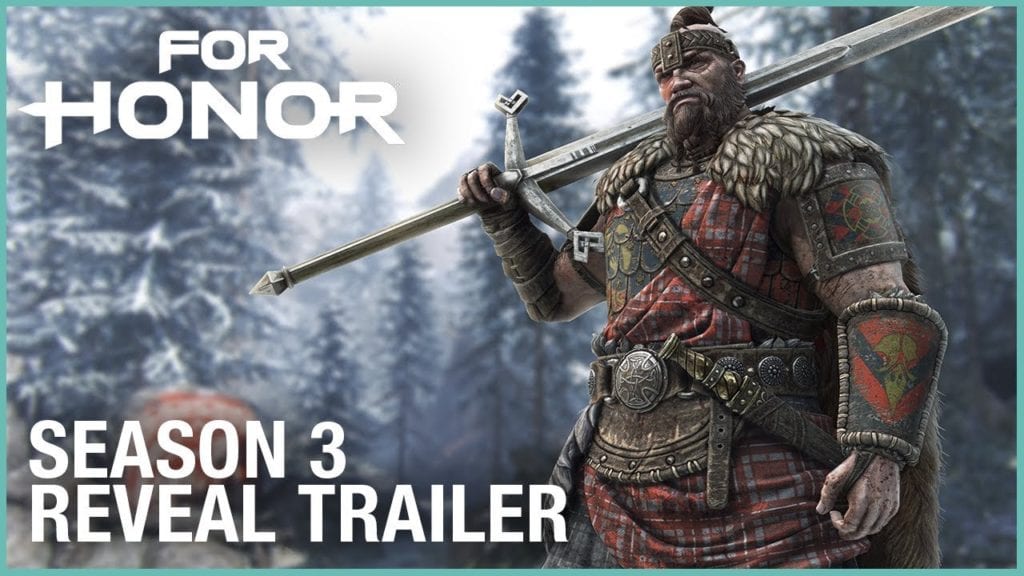 For Honor’s third ‘Season’ will launch on 15 August, bringing a pair of new melee masters, some maps, and 1v1 dual tournaments. Some of this was sketched out in Ubisoft’s prior update about the plans to bring dedicated servers to the game, but the Season now has a date and more details.

The two new characters will be the Highlander (Viking Hybrid), who wields a massive Claymore and can switch between offensive and defensive fighting forms, and the Gladiator (Knight Assassin), who has a trident and shield; these guys have a larger stamina meter and can punch their opponents to set up windows for further stuns and attacks.

For Honor players who own the Season Pass will get this pair for free on 15 August. Others can access them one week later for 15,000 Steel apiece.

On the map front, expect the addition of Sentinel (based around a ruined castle with one standing tower, complete with useable Ballista) and Viking Village (which will also have some trap-like environmental hazards to utilise against people). As mentioned, this third season will also introduce 1v1 ranked dual tournaments. 4v4 ranked modes will be coming later (probably in Season Four). Here’s a trailer covering all the upcoming additions.