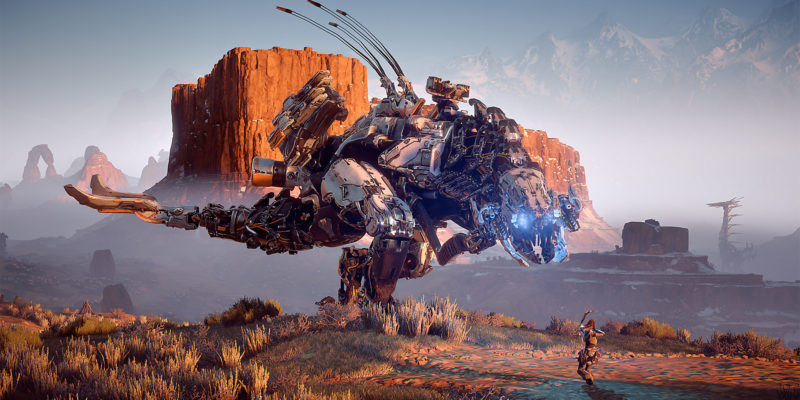 We finally have a release date for Horizon Zero Dawn and a look at the PC features to go along with it. Guerrilla has gone all out for the PC release for the formerly-PlayStation 4 exclusive and revealed it in impressive fashion. It also announced the release date. The game will arrive on both Steam and the Epic Games Store on August 7.

A PS4 exclusive from a Sony first-party studio getting a PC release was always going to raise a lot of eyebrows. It also, inevitably, raised a lot of questions. Why was Horizon getting a port? Would it be worth the effort? And would Guerrilla do the port justice? Well, it looks like any of that doubt was unwarranted. The Amsterdam-based studio knows what it’s doing, as seen in an impressive-looking trailer.

The PC release of HZD will offer a host of new features to make it an amazing version of an already excellent game. These features include:

This version of HZD will also be the complete edition, meaning it includes the expansion and DLC additions. Guerrilla is showing it fully understands how to do a PC port, and hopefully, the actual performance matches the promise. Perhaps the soon-to-release Death Stranding, which uses the same engine, can give us a glimpse at that performance.

Horizon Zero Dawn follows the story of Aloy, an outcast living in a tribal world of robotic animals and dinosaurs. The game features her journey as she tries to uncover what made the machines turn hostile. With praise for the game across the board and a sequel announced for the PlayStation 5, we can only hope that we’ll get to continue Aloy’s story on PC as well.