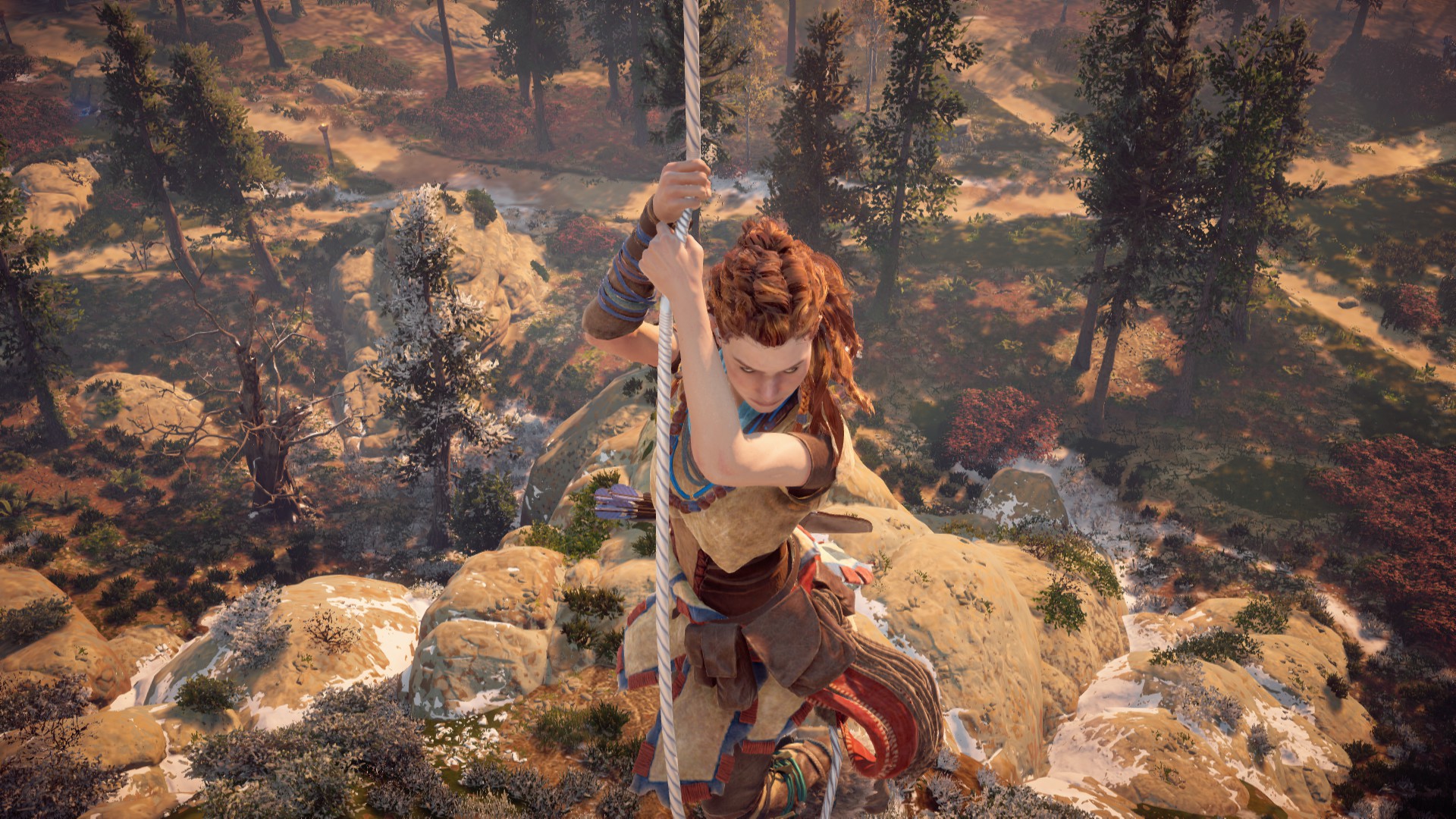 It’s kind of hard to believe, but Sony has brought one of the PS4’s flagship games to PC. Horizon Zero Dawn is already three-and-a-half years old, but that doesn’t mean the game is going to go easy on your rig. This isn’t a barebones port either, as it significantly improves most aspects of the original version of the game. However, it isn’t that surprising when you consider that a GTX 950 can outperform a PS4. Here are the minimum and recommended specs, followed by mine.

As you can see, the recommended specs aren’t all that demanding at all. However, they’re misleading, including how the install is only about 70 GB, not the 100 mentioned. I played the game at 1080p on Ultra and the framerate still fluctuated pretty wildly from 50 and up. I occasionally experienced large frame dips as well, usually to the low 30s. For whatever reason, these were at their worst during the opening cutscene, where Horizon Zero Dawn repeatedly hitched. And unfortunately, this hitching and the framerate issues are the least of the issues I had with this port.

Nvidia update: On a machine running an Nvidia GeForce RTX 2070 Super with the latest drivers, I had far fewer problems than Andrew had. No major graphical glitches at all, although I can confirm FPS dips during cutscenes, and some minor stuttering when first loading into an area. Nothing terribly unexpected. That said, my FPS appeared to be hard-capped to 60 no matter what, despite disabling Vsync and setting the framerate cap higher, and there are some other issues with the port in general. 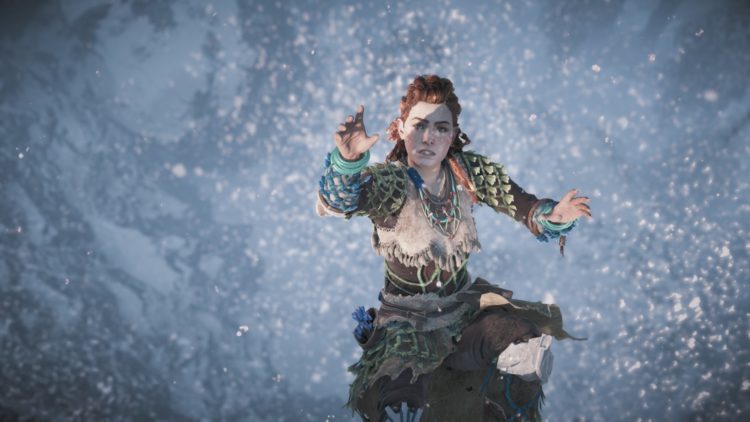 The first thing I noticed were the crashes. Now, in my first 20 hours with Horizon Zero Dawn, this only happened three times. That’s not bad at all, really. What made these crashes more problematic was that two of them crashed my entire PC, requiring manual restarts. One of these crashes occurred the instant I killed the last remaining foe in a bandit camp, requiring me to start the whole thing over from the beginning.

But patches will come and at least the crashes aren’t frequent. Indeed, they were still way less obstructive than Horizon Zero Dawn’s foliage issues, which have seemingly been fixed with AMD’s most recent optional drivers released on the 4th. If you’ve got an AMD card, make sure to update before playing, or you’ll possibly run into what I’m about to detail here.

The foliage gave me problems from the get-go. When things are glitchy, all of the trees, grass, and bushes have a tendency to twitch and freak out. It looks almost like the leaves on trees are trying to dance or escape. Some plants jump up and down when I get near them. When this is happening, everything is constantly doing this. It destroys immersion.

But it gets worse. Sometimes, all the foliage completely disappears for me. It looks like some kind of reverse culling issue, where everything starts vanishing as you get near it, rather than when you’re not facing it. This might not sound like a huge deal, but Horizon Zero Dawn is totally covered in foliage. And some of it needs to be used for hiding from enemies. When this part of the glitch happens, you can’t even see the grass to hide in it. It’s easily one of the weirdest glitches I’ve ever seen in any game. 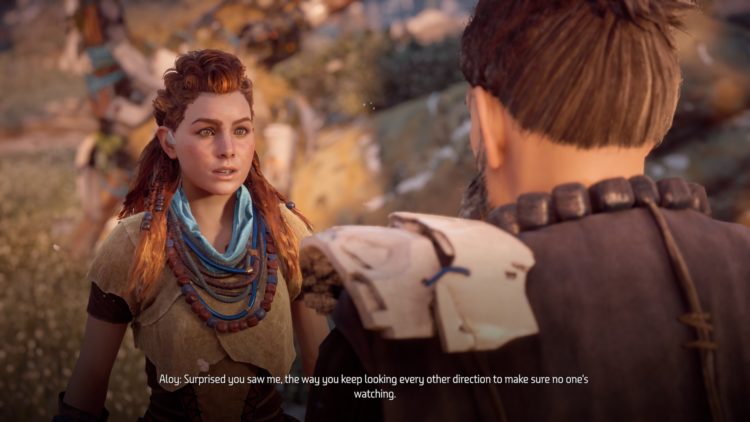 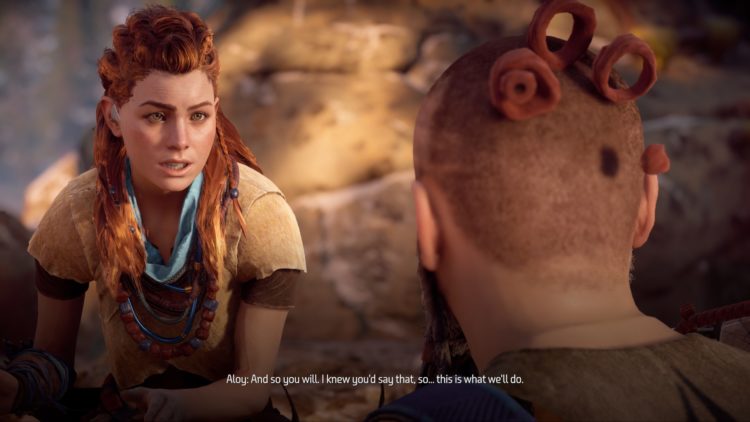 But it doesn’t stop at the foliage, although that’s the majority of what’s affected. Geometry is impacted as well. Trees are the biggest victims, as they completely vanish without a trace. If there are any towers out and about, you can be sure to find some of those mostly vanishing as well. I say “mostly” because pieces can still be seen at times, such as towers being invisible save for their tops. The world in Horizon Zero Dawn looks extremely weird when in this state.

Hair is affected, too. Taking a look at NPCs during this world state will show them partially bald or missing particular hair chunks. Most commonly, there will be something left behind or even just a floating dot of hair will hover proudly above their head. These dots can even leave shadows. The character hair already looks goofy enough in Horizon Zero Dawn without these poor NPCs being made to look any sillier. Interestingly, Aloy’s hair doesn’t ever seem to succumb to the same issues. Thankfully, these issues usually settle down after a variable amount of time and things become normal. 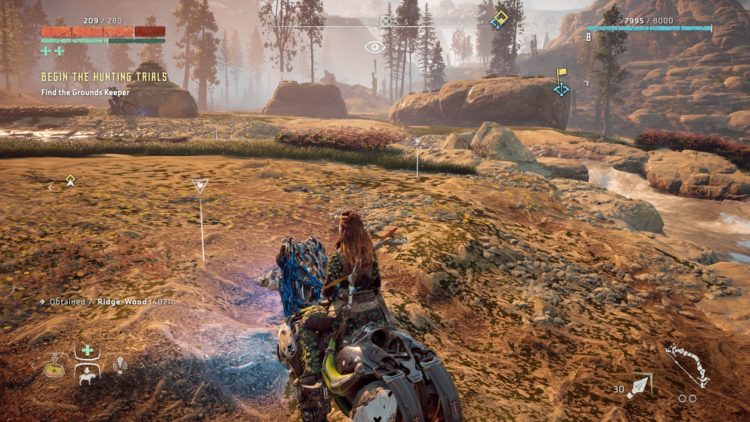 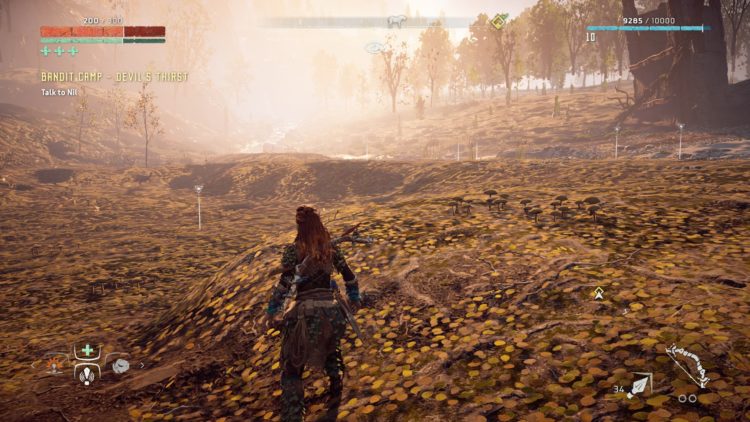 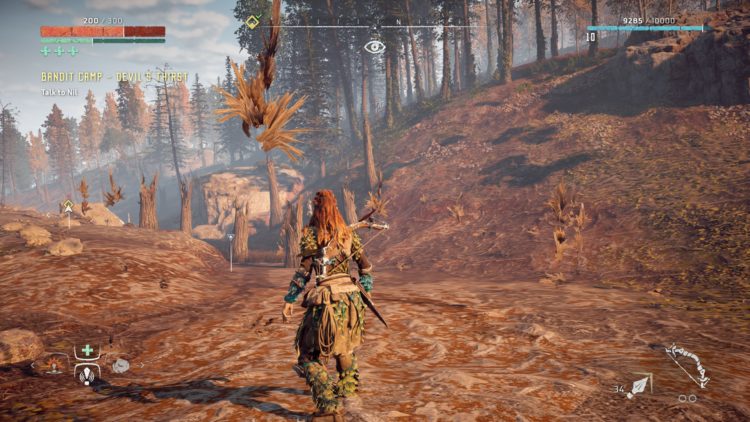 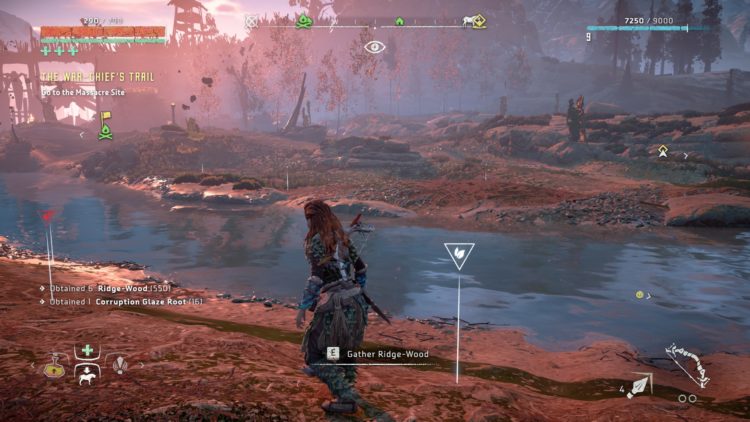 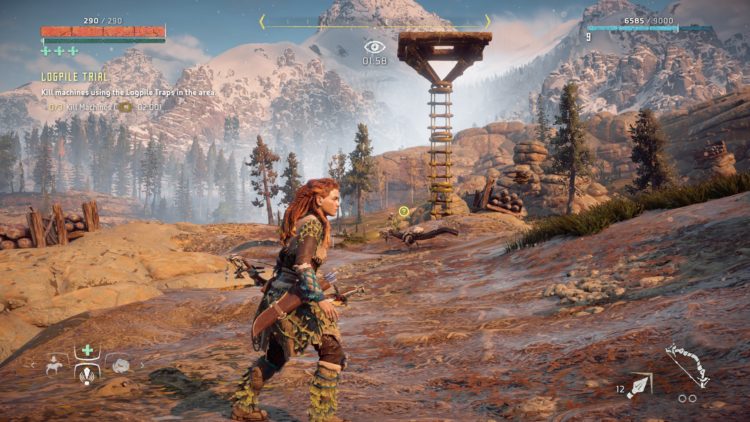 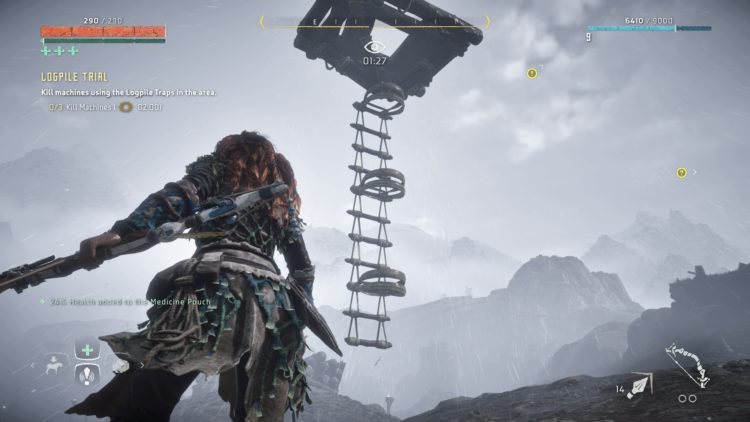 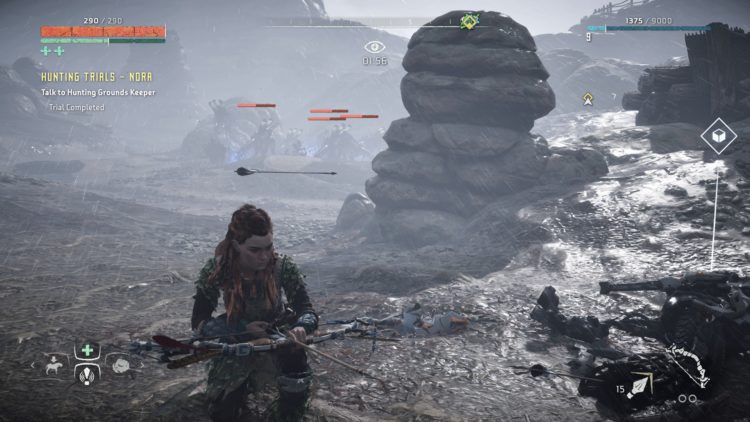 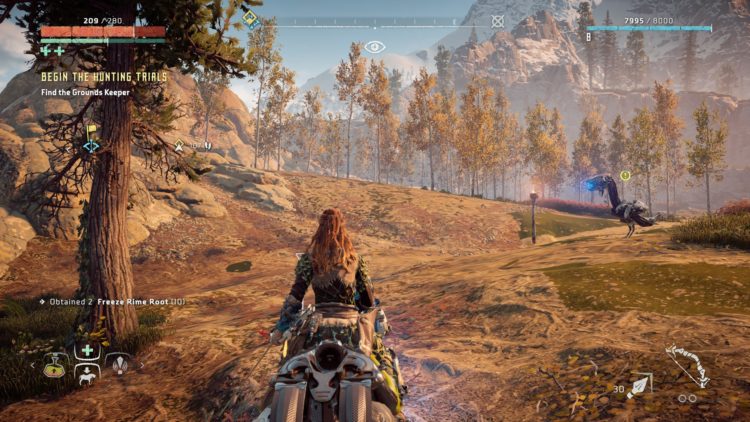 Now that we’ve got all the weird stuff out of the way, it’s time to return to our regularly-scheduled tech review. Horizon Zero Dawn has the standard suite of graphical options that you’re used to. Most range from low to ultra, with some, such as shadows, letting you turn them off entirely. Here’s what you can mess with. 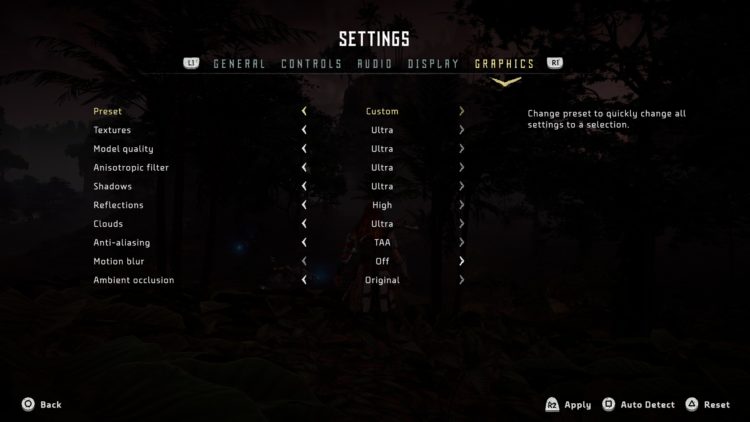 Then there are your display options. 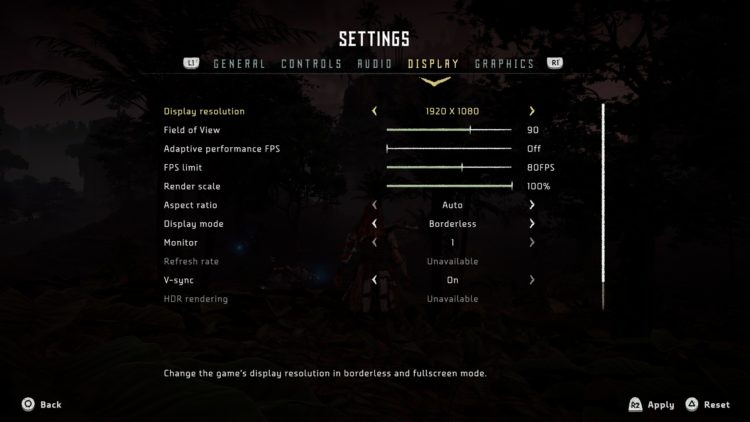 These are fairly interesting, as they allow users to easily switch between various FPS caps, or you can even set it to unlimited. Even 80, which I’m sure people with 75hz monitors will appreciate. Adaptive FPS can also be switched on, which will likely be handy for people with lower-end cards that still want to have higher framerates when they’re able to. Overall, I’m satisfied with what we’ve received here. The graphics options even have little images that give you an idea of what will change if you move them up or down. Here’s a bunch of screens of all the options on ultra and low. 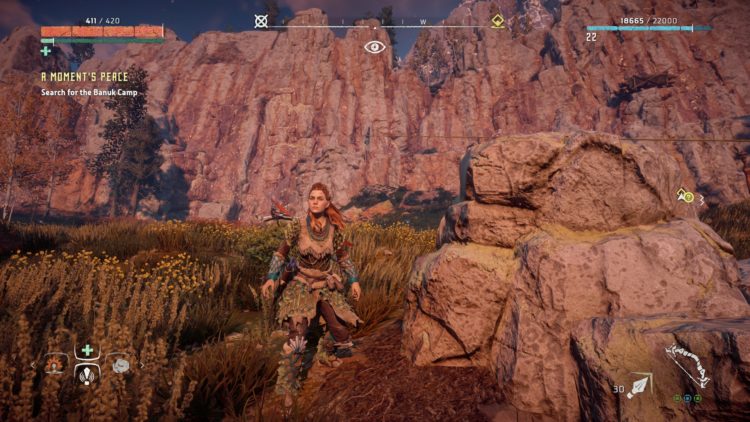 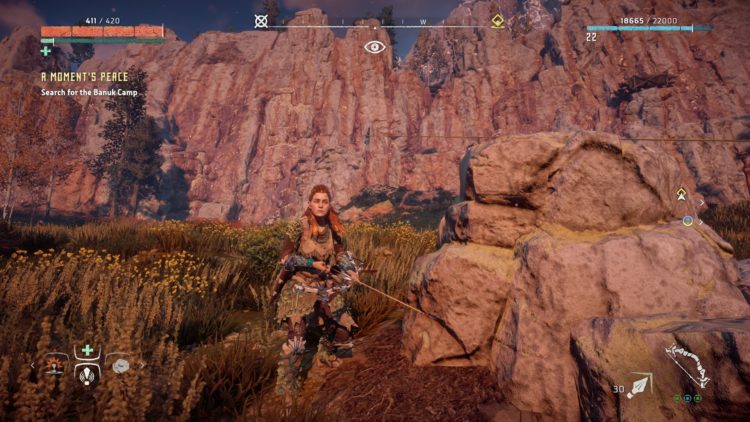 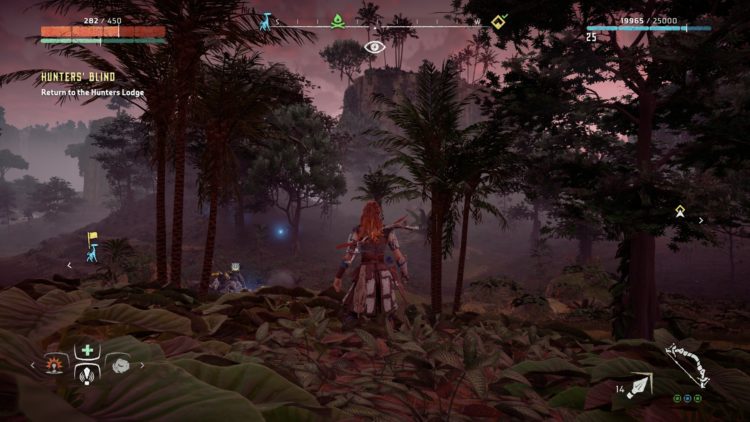 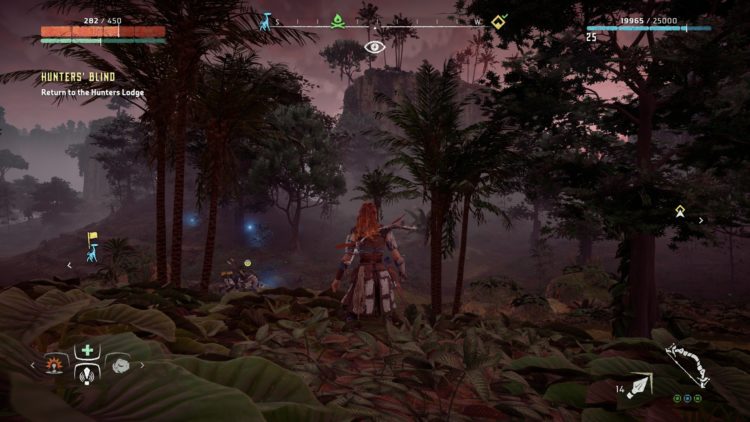 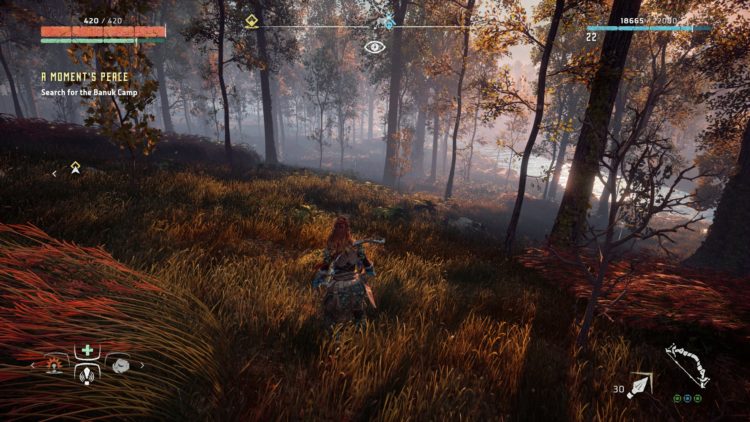 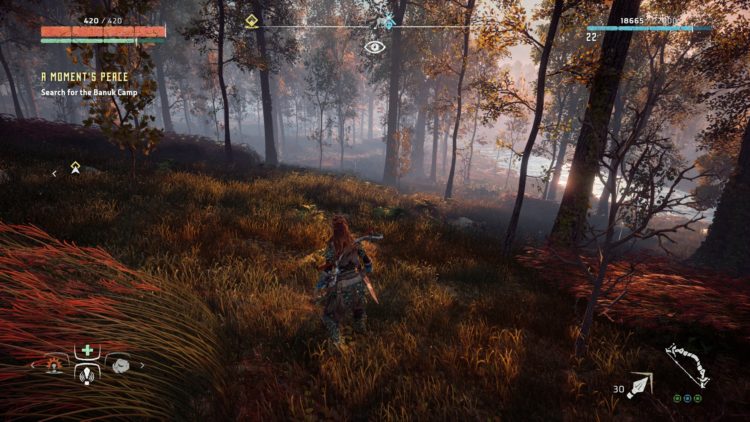 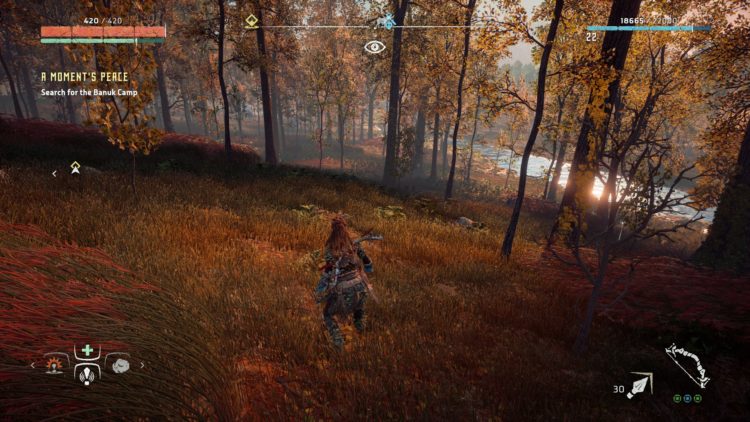 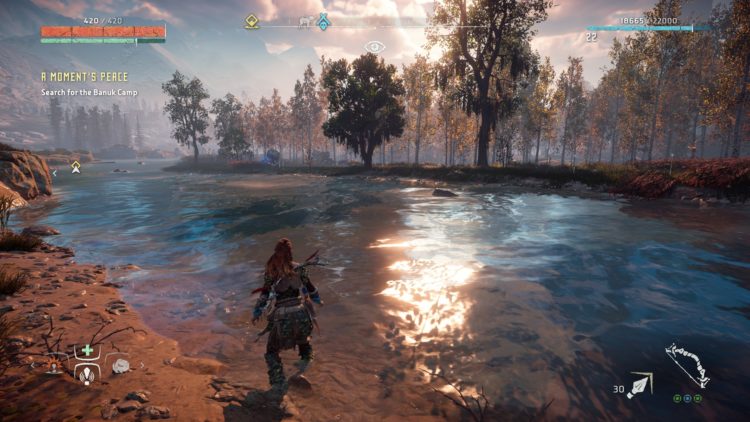 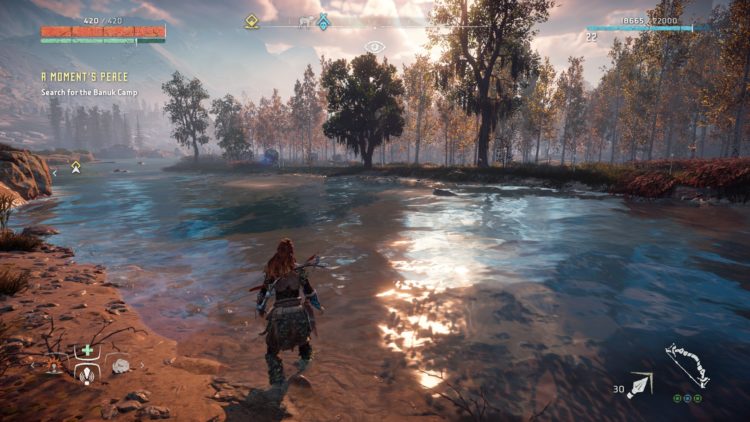 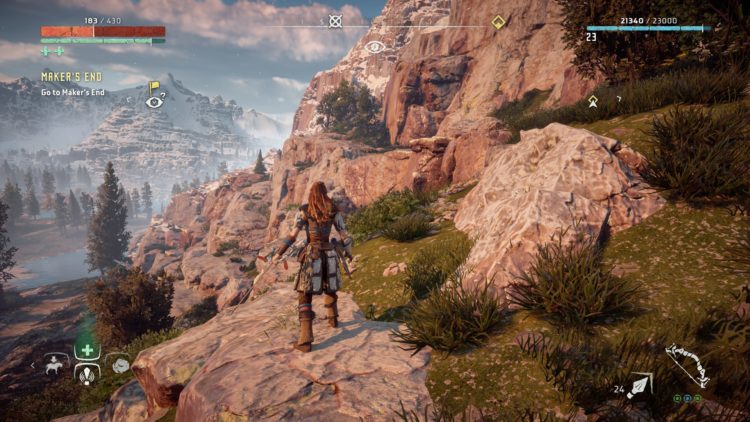 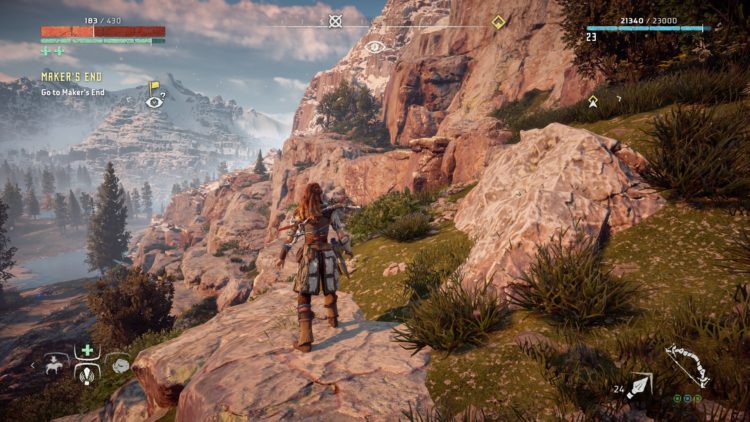 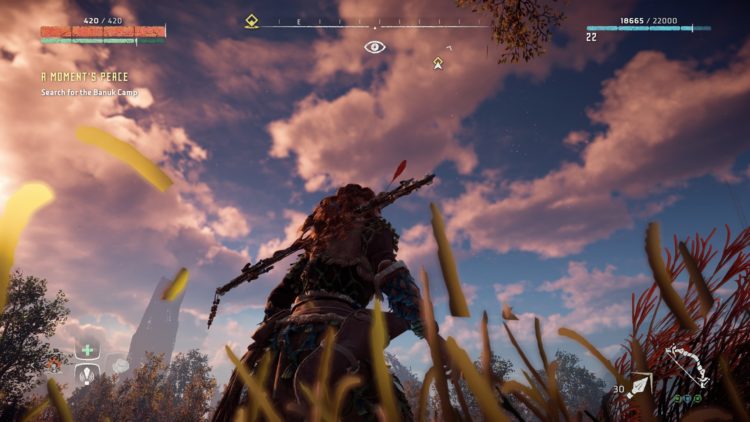 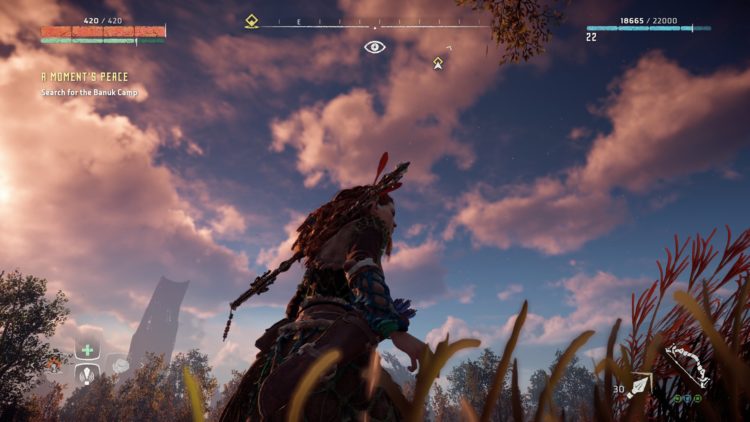 I assumed I’d be playing Horizon Zero Dawn predominately with a mouse and keyboard. I mean, there’s a lot of shooting with bows going on here. But while aiming with the mouse is undeniably preferable when you’re unleashing arrows on robots, everything else feels better on a controller. Horizon Zero Dawn is one of those games where the camera movement feels weird and floaty with a mouse. To each their own, though.

Unsurprisingly, this port has the button prompts for the DualShock 4 show up if you’re using that controller. The screen showing the button mappings shows one as well. If you’re not happy with the default bindings on controller or mouse and keyboard, those can be readily changed whenever you’d like. Here’s what the button mapping screens look like. 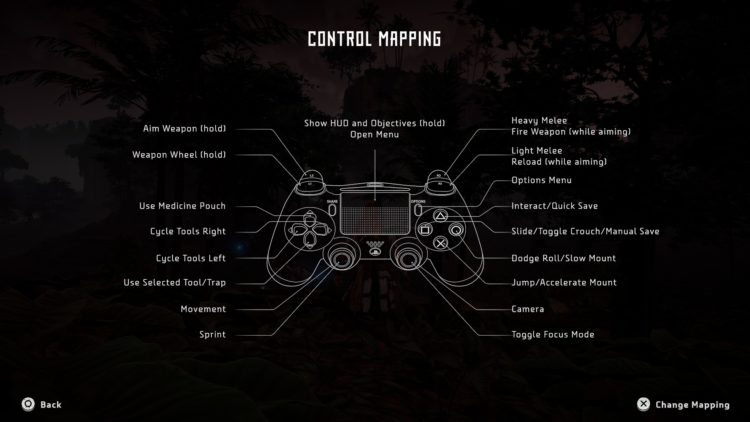 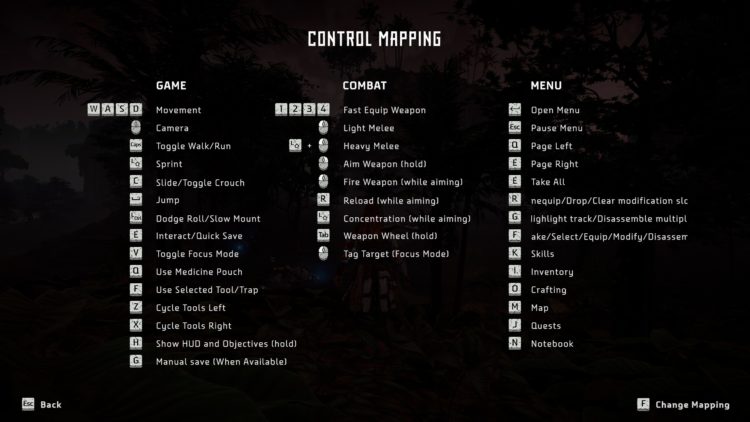 Horizon Zero Dawn has most of the options users will want and offers significantly better visuals than its console counterpart. I have no idea how widespread the issues with the wonky foliage and disappearing geometry will be, although it appears that the most recent AMD drivers have fixed the issue. Nvidia users will probably experience a much smoother game without updating anything.

I can’t say with any certainty that the issues documented above will be entirely gone by the time you’re able to play the game but it’s looking like a safe bet. Let’s just hope that no one else is forced to witness the NPCs with most of their hair missing. As someone who shaves his head twice a week, I can tell you that it isn’t pretty.