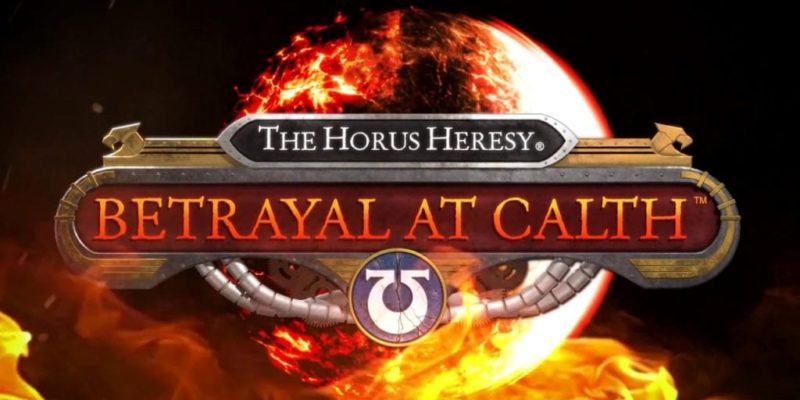 Steel Wool Studios has announced a new Warhammer 40K title and it’s The Horus Heresy: Betrayal at Calth. This tactical turn-based strategy is based on the Betrayal At Calth boardgame and comes with a single player 24 mission campaign and a multiplayer PvP skirmish mode with players choosing either the Ultramarine or Word Bearer factions.

This is a turn-based game so players can either plan their moves ahead or wait for the other player to make their move.

Steel Wool Studios’ co-founder and Head of Development added said, “Our team has always wanted to play a Warhammer 40k Horus Heresy game where you actually felt like you were in the midst of the battle… where your mastery had true consequence. We can’t wait for fans like us to play this game and let us know how they feel and what we can improve on. That’s the great spirit of Early Access.”

The Horus Heresy: Betrayal at Calth will also support VR which will give players a “human-scale view” of the battlefield which is a first for the Warhammer universe. The VR is cross-platform to Vive and Rift players will be able to go head to head.

The game is coming to Early Access and will include the initial chapter of a five-part campaign. Single-player mode (VR and PC) will include a five-map narrative, while PvP Multiplayer has four maps and two play modes (Deathmatch and Objective Match).  As testing progresses, new chapters will be added.