We don’t exactly go crazy for posting Collector’s Editions news here at IncGamers, but some of them deserve a bit of a spotlight. Hotline Miami 2 will, in all probability, have a similarly outstanding soundtrack to the original. Therefore, three vinyl records are the main part of the Collector’s Edition.

It’s that kind of straightforward thinking which seems to be curiously lacking in other marketing departments, who all still seem to assume that there’s nothing a videogame enthusiast loves more than a plastic figurine to stand on a desk somewhere. 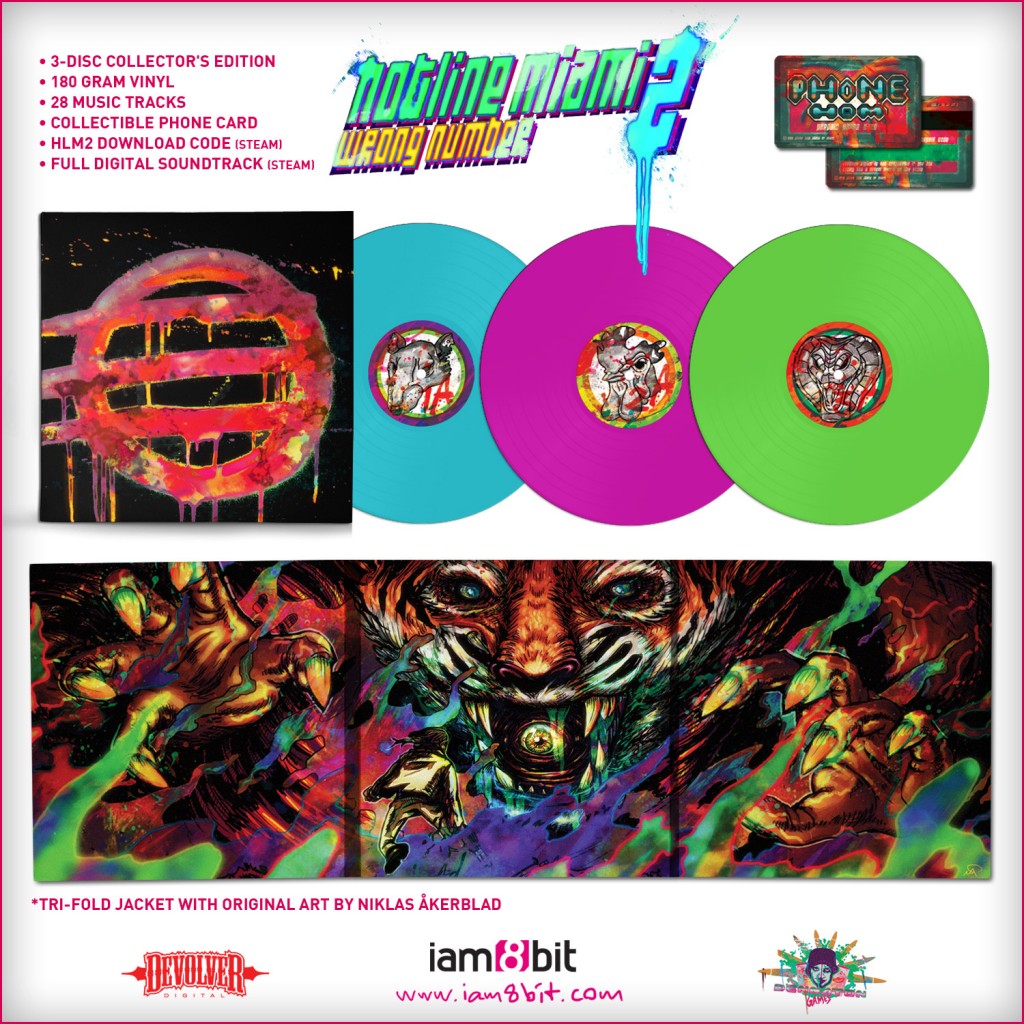 It is a bit of a shame that they won’t list the tracks that are on the vinyl yet, but at least the explanatory text confirms that they’ll include work by “M|O|O|N, El Huervo and Perturbator – as well as artists new to Hotline Miami 2: Megadrive, and Magic Sword.”

The same FAQ page also gives a vague idea of when the game might be coming out. It was originally due this year, but pushed back to 2015 in a sort of “done when it’s done” type situation. Whoever put together the blurb on this Collector’s Edition thinks they’ll be shipping in Q1 2015, which suggests a January-March release window.