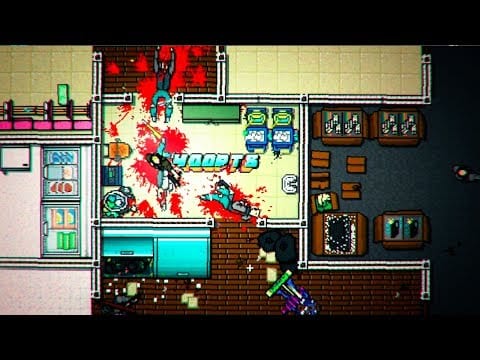 What would you like to see from a Hotline Miami 2: Wrong Number trailer, probably a ringing phone or two, right? And some masks. Gotta have masks. Oh, and semi-to-fully automatic weapons being employed in horrible, over-the-top ways. Plus a TUNE.

Well, luckily that’s pretty much what Dennaton appears to have been thinking too, because that’s what this trailer contains. Hotline Miami 2 – it looks a lot like Hotline Miami, but more of it. Looks like there’s some kind of rolling move in there now, and a way to wave two guns around at once like you’re in some John Woo film. Also looks kind of like you’re controlling two people at once in certain missions (I can’t imagine an AI co-op partner would be able to cope.) Those seem like good things to add.

Hotline Miami 2: Wrong Number looks like it’ll be out somewhere in the region of August-September this year.

Card Hunter coming under Attack of the Artifacts this month

Spiderman Readies himself for Villains in this ‘Kingpin Reveal’ Trailer