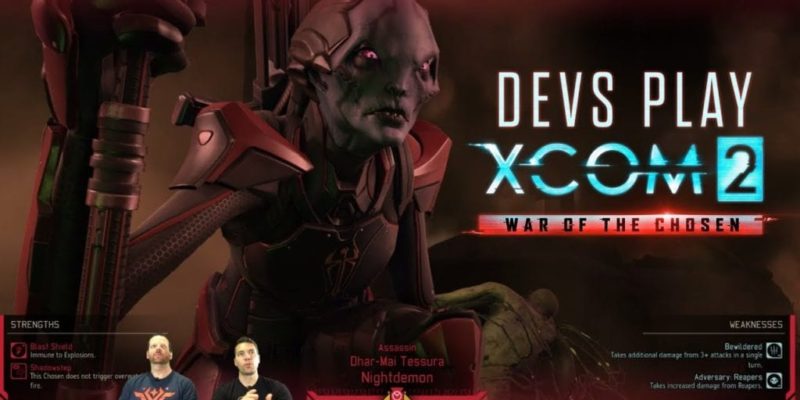 There’s plenty of XCOM 2: War of the Chosen footage to dig in to here, as the Firaxis devs embark on a campaign mission. Looks like this is a recording of a livestream, so if you saw that then you’ve already seen this video.

After a bit of messing about renaming soldiers, Jake Solomon and Garth DeAngelis talk a bit about the ‘bond’ system that’s new to the expansion. It’s essentially a mechanic that adds tacit benefits to the sort of relationships you might be dreaming up for your squad members (no, not those sorts of relationships). At the first level, bonded buddies can grant an additional action point to their pal (it only works once for the pair) at some point during a mission. You can also pose for weird buddy photos.

Anyway, after all that they do get to the mission. It’s called ‘Lost and Abandoned’ and is a multi-part operation to make contact with some of the new factions in XCOM 2: War of the Chosen. See how they get on, below. The expansion is out on 28 August.