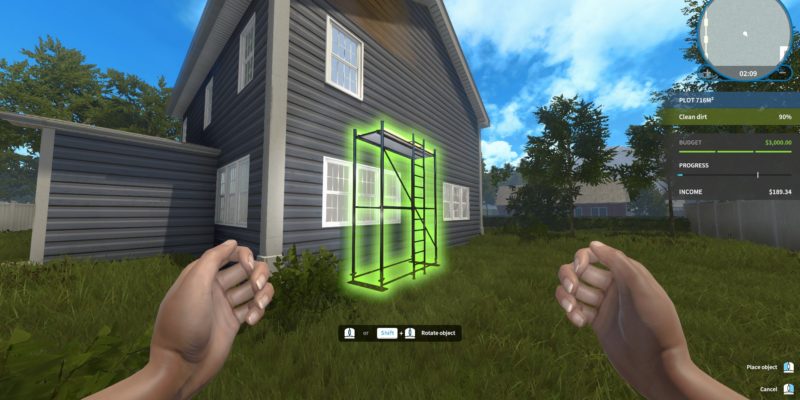 House Flipper is easily one of my favorite simulation games. It’s satisfying to renovate and then decorate homes with the game’s wide selection of options. The game’s first paid DLC added gardening to the mix, but the new HGTV DLC focuses on expanding the core of what people already love about the game. So, the question stands — is it worth it?

Maps to the stars

Upon loading up your save file, you’ll need to approach your laptop to access the HGTV DLC. You can still finish up older jobs with the email function, but the new ones can only be accessed via the new map feature. This takes you to an overhead view of a beachside neighborhood with a bunch of brand-new houses. Via the map screen, you’ll unlock more and more jobs by completing the initial offerings, exactly like the regular e-mailed ones. 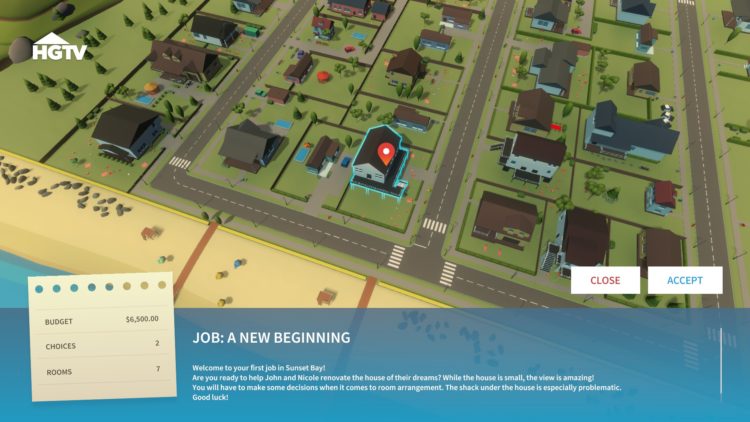 You simply select one of the houses with a job available on the map and then you can go straight to it and get to work. Once you complete a job on one of these houses, the HGTV DLC allows you to purchase them at your leisure. The map is scrolled via moving your cursor to the edges of your screen as opposed to dragging it along.

House Flipper‘s HGTV DLC is a sizable expansion to the base game. It’s $10 USD and features a large amount of brand-new houses that are noticeably very different from ones in the base game. Some of the houses have secrets that you can find, such as one that has a hidden basement once you knock down a specific wall. There are also a lot of new items in this DLC. You can now add molding to your walls and can pick up tiles in groups of ten instead of individually, which makes adding tiles and paneling much faster than before.

The HGTV DLC also features new mechanics. Each job you take greets you with a bit of backstory just like with the emails, but now there are character models of a man and woman. They all have budgets, so you can’t go hog-wild and add whatever you want or you’ll break the bank. These jobs also have multiple instances where your two new friends have different ideas to choose from on how things should be done. 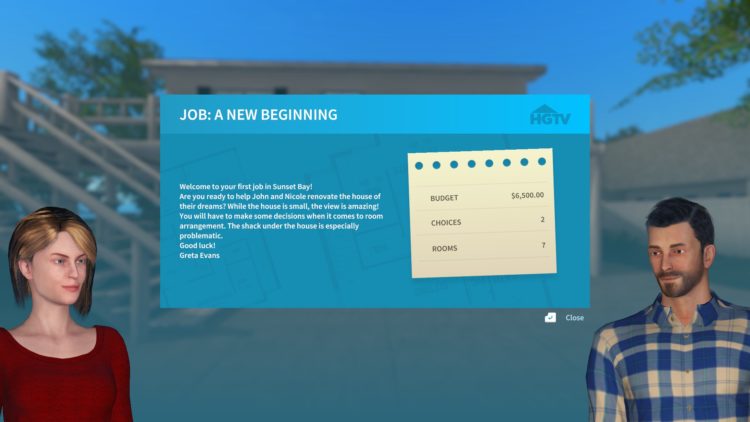 One of my favorites that I’ve seen so far was that the man wanted to open up a kitchen area to connect to the living room and then paint it with bright colors. The woman, however, wanted to keep them separate and make sure the two small rooms had a different ambiance. Once you complete a job, you’re then shown before and after pictures that show the state the house started in versus how it looks after you’re done. These pictures are all saved in a new tab on your laptop too, so you can go back and look at them whenever you want.

Asking for 50% of the price of the base game is steep, but House Flipper‘s HGTV DLC easily adds enough content to justify the cost. It’s not just a small collection of new options, but it significantly expands the houses and items that you have access to. Fans of the game who simply want more content will likely be very satisfied by what this DLC has to offer, as it’s purely more of what people already love. So, yes, it’s very much worth it. The new houses, setting, and items are all worth experiencing and add a lot to an already excellent simulation game. 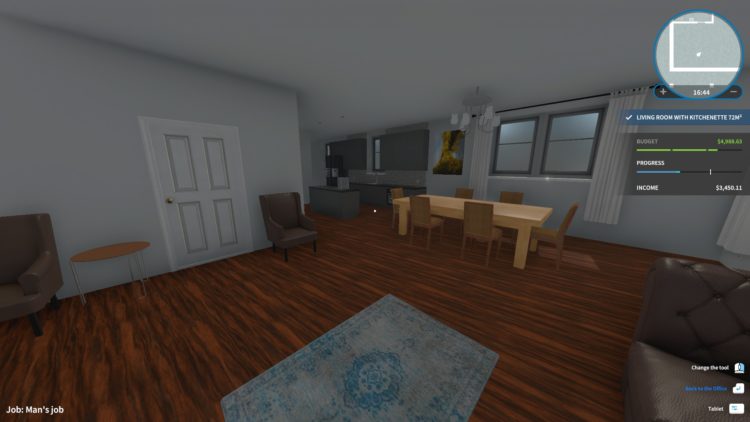