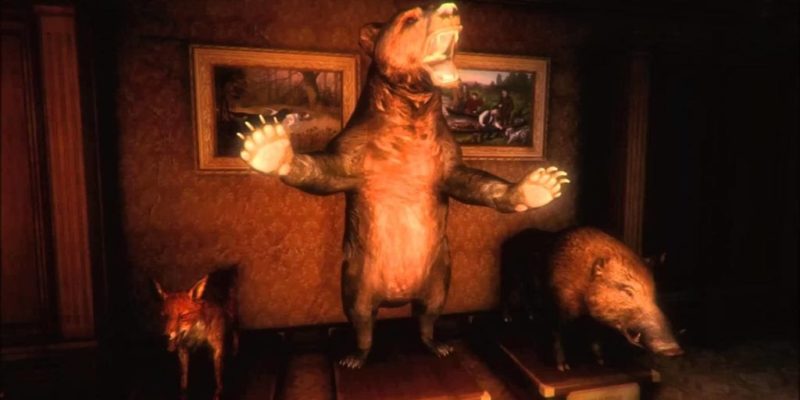 You take the role of Lester Barnard, a young boy who awakens in the titular mansion with no knowledge of how he got there, or why he’s there. Throughout the course of the game you’ll be solving puzzles, exploring the mansion, and finding lore that will hopefully answer those questions – as well as detailing the history of the Caravan family.

If Rosebud Games sounds familiar, that’s because they previously tried to Kickstart Death in Candlewood. That didn’t quite work, so they’re now doing House of Caravan instead – a somewhat less ambitious game set in the same universe.

House of Caravan is planned to be more creepy and twisted than gory and RAAARGH-y, which is a good way of making me sit up and pay attention. You can see teaser trailer and some screens below.

House of Caravan is due out this spring.