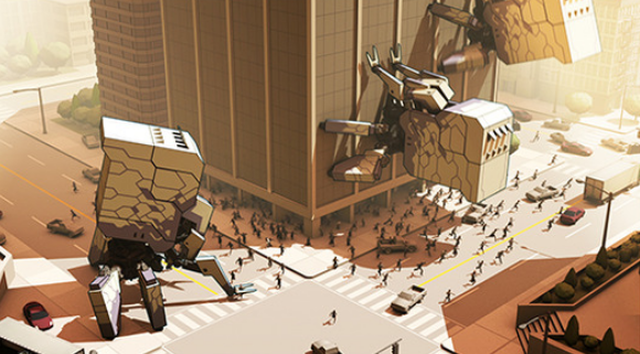 Uber Entertainment has pulled the plug on its Human Resources RTS Kickstarter, citing the fact that it appeared the game would come up “woefully short” of the $1.4 million USD goal. That’s probably a fair assessment, as the game had raised a credible $385,000 in 18 days but was well short of the target with time running out.

However, despite leaving Early Access on Steam a few weeks ago, a proportion of Planetary Annihilation players feel the game is far from complete. Despite assurances from Uber that a separate team would continue to work on the game if Human Resources were to be funded, this residual impression of being unable to finish a project may have contributed to the Kickstarter’s failure.

Human Resources also lacked any kind of single player component, which appears to have been a deal-breaker for some.

“As a small indie, we can’t continue spending time and money focusing on a project that won’t get funded,” Uber write in their update post informing people of the campaign’s cancellation.

What this means for the AI-vs-Lovecraftian-horrors multiplayer title is unclear. Uber still appear keen to do something with the concept, stating “adore the world of Human Resources and will endeavor to do what we can to bring it to life” but make it clear that “Human Resources, as pitched in this Kickstarter, is over.”

Call of Duty: Advanced Warfare PC has an FOV slider